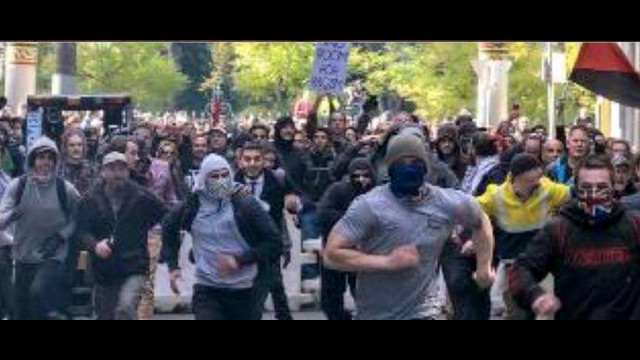 On the day of the Reclaim Australia & UPF Rallies in Melbourne, a number of our loyal patriots were - at no fault of their own - trapped amidst the violent, leftist counter-protest and could not progress past Police lines into the peaceful patriot rally they had planned on attending. These patriots were both verbally & physically attacked and outnumbered by these counter-protesters and had no choice but to defend themselves which unfortunately resulted in these men receiving fines in excess of $600 each.

For simply being loyal and dedicated Australian men they have not only suffered the punishment of the leftist's ruthless abuse but are now $600 each out of pocket for their dedication to our Nation!!

Please help these guys get their unfair and undeserved fines sorted, as the last thing we want is for a fellow patriots to be out of pocket, or punished as a result of defending our country and our people.

***I do not speak for nor do I represent the United Patriots Front or Reclaim Australia by holding this FundRazr - I am simply a passionate patriotic Australian who does not believe that these men deserved what they have been dealt on this occasion.

Thanks for your support! <3

Joelle Norris is managing the funds for this campaign. The campaign is for a personal cause.