Thank you everybody. Our campaign is now over. ✕
Bring Ugandan gay activists to safety!
✖
Gallery (1) 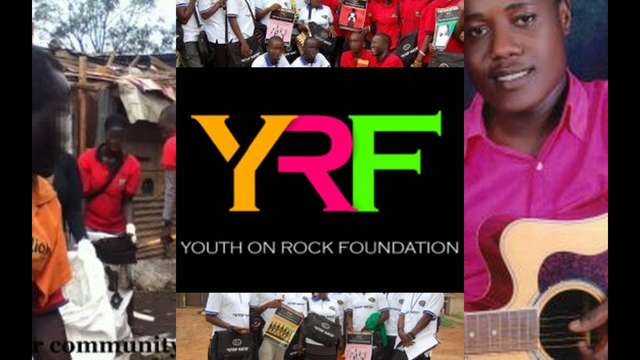 ~~ UPDATE II: Yesterday I sent the guys first funds. Those have already largely been spent: on transportation to the hospital and medical expenses for one of the five young men currently staying in a safe house, + food and utilities for the others. Things had gotten difficult for them to the point of not being able to eat regularly. This despite being granted help from a couple of excellent organizations.
That difficulty and delay in getting funds needed immediately through regular donors, no matter how great the organizations are, is the precise reason I set up this complementary way of helping out. The activists are extremely relieved and thankful to all who have helped so far!
If you have questions, please contact me on Facebook or suzzel at gmail dot com! ~~

~~ UPDATED: Youth on Rock Foundation, the grassroots group the activists belong to, has started their own wordpress blog: http://youthonrock.wordpress.com/
As they say, they all only have sporadic access to internet and computers, but they will attempt to let the world know how their story unfolds. Please follow! ~~

At the moment, two young gay activists and human rights defenders are in hiding after being released from jail. They have received phone calls with death threats. They are rapidly running out of means to subsist on.

With our help they will be able to quickly return to their work: organizing and supporting the most destitute of Kampala’s LGBTI youth.

I am collecting urgently needed donations for the activist Joseph Kawesi's “Youth on Rock Foundation” in order to bring him and three more activists now in hiding to a safer location where they can continue their activism.

The “Youth on Rock Foundation” organizes and supports gender and sexual minority youth in Kampala’s slums. On New Year’s Eve, its founder Joseph was arrested for “carnal knowledge (homosexuality)” and “recruiting youth into homosexuality”. Two days later one of his co-workers was arrested while visiting him in jail, along with two other young men from their organization.
After four days in jail, Joseph and the three other men were released. It is still uncertain if charges will be brought against them. To read more about these arrests visit: http://identitykenya.com/index.php/from-africa/1074-uganda-lgbti-founder-arrested-on-charges-of-recruiting-to-homosexuality or http://oblogdeeoblogda.me/2013/01/02/second-gay-youth-worker-arrested-in-uganda/
To read more about the Youth on Rock Foundation, visit them on Facebook: https://www.facebook.com/youthon.rock

With all gender and sexual minorities in Uganda now facing the imminent threat of the “Kill the Gays” legislation, the YRF’s work with Kampala’s poorest offers a glimmer of hope and practical support.

From one of my recent conversations with Joseph via IM:

”… We had an idea for securing a self contained safe house, and we stay all of us there to minimize the expenses that can be incurred when we use separate relocation. And we can use the same premises for our offices.
…. Even now they are still hunting us, they want to see us dead. We are much traumatized and we are still up to now receiving anonymous phone calls warning to give us poison.
We started to face terrible mistreatment from our community ever since the initiation of our organization. I will try to compile a record of all the torture, unlawful arrests, detentions without trial, burning of our houses, extortions and insults and more of that kind, accompanied with pictures and other evidence, so that you can really be in a position to understand clearly what we go through here in Uganda.
… It really makes us feel and have hope whenever we have people beside us.”

Who am I and why this campaign?
I am a regular Swedish student with a personal dedication to the situation faced by Uganda's LGBTI community today. I first came to know of Kawesi Joseph and YRF through other world-renowned Ugandan activists who work with them, such as Kasha Jacqueline Nabagesera of Freedom and Roam Uganda and Frank Mugisha of Sexual Minorities Uganda.
If you are someone who does not know me or Joseph and is wondering why we have chosen to do crowdfunding right now, please visit our wordpress blog dedicated to this fundraiser and read my lengthy Q&A there:
https://safespacesuganda.wordpress.com/2013/01/17/why-donate-to-the-yrf-through-your-crowdfunding-qa/

The short answer is that this is an acute situation and, at the moment, this is the most practical, legal way to quickly raise funds in other countries for these grassroots activist on the ground

Suzanne Johansson is managing the funds for this campaign. The campaign is for a personal cause.