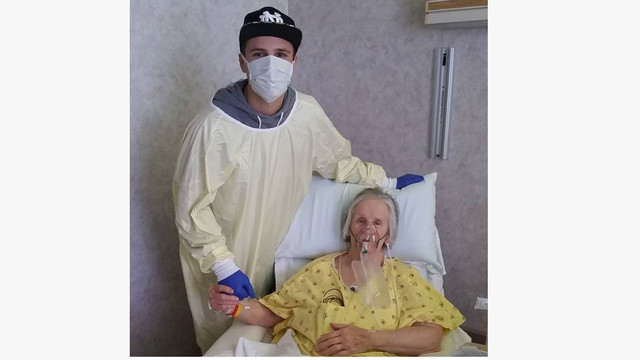 $1,208 raised 24% of $5k goal
30 contributors
3 Years running
Contribute
By Patrick Hess
Are you friends?
Personal campaign Keep it all
Bristol, IN, US

Nana developed COPD and Emphysema several years back but went on oxygen in the past 4 years. After several hospital visits and several bouts with Pneumonia, she had to be admitted to a nursing home for several months to recover. She returned home where she lived by herself only to continue getting weaker and less mobile. After yet another round of pneumonia, the doctors were inclined to do more testing and discovered she had a rare autoimmune disorder called Mixed Connective Tissue Disorder. In the general sense, it attacks the immune system, thus making her susceptibility more likely for pneumonia with her COPD and Emphysema condition. She can’t take extreme heat or cold without getting a lung infection. The treatment for the Mixed Connective Tissue Disorder is a steroid called Prednisone, which is a pretty commonly used medicine. However, she is allergic to it. Alternative steroids created more side effects than helping the condition. She has steadily declined in mobility and it is much harder to breathe now. She was added to hospice when it was determined there was nothing medicinally capable of helping her improve and the COPD and Emphysema conditions are just getting worse.

Mick, the oldest of us kids, moved in with Nana to be available at night after his work shift. He is her primary caregiver on nights and weekends, while my oldest sister transports her to doctor appointments and aides in helping keep up with bills and house upkeep.

Mick experienced coughing up blood earlier this Spring and went to the doctor and was diagnosed with severe pneumonia. He was treated for a few weeks and was very weak. His line of work is in carpentry, specifically detail finishing in houses and installing cabinets in various commercial and residential locations. It is a heavy labor intensive type job.

Mick developed pneumonia a second time in two months and went to get X-rays to verify how bad it was. During the X-ray process, the tech advised him to go to the E.R. and have a cat scan done because they saw something in his right lung. On the ride home after the E.R. the hospital tech called his cell phone to advise they discovered a large (egg shape) tumor in his lung that was definitely cancer. Devastated, he went for a biopsy a few days later to determine more information about the tumor. He was told it was stage 3 non-small cell squamous. Normally these type lung tumors can be surgically removed, but the location of Mick’s was right on the main pulmonary artery of the heart and growing directly on the bronchial airway between both lungs. The doctor said there is no safe procedure to remove the tumor surgically without damaging the heart. The only treatment would be radiation and chemotherapy.

Mick’s diagnosis is not only tough mentally and physically, but it removed his ability to work his job and therefore, he has no income making ability while going through treatments.

The mortgage and utilities and grocery bills keep coming as well as insurances and vehicle costs, etc.

So neither Nana or Mick can sustain living expenses while he goes through these treatments. Her social security is not enough to cover hardly any of the monthly expenses, and they are not living extravagantly by any definition of the word.

The hope with this fundraiser is to help them with living expenses and the additional medicine copays to treat both their conditions.

Mick’s prognosis is 25% living up to five years with full treatment, and only 3-6 months with no treatment. It is too early to know if the radiation or chemo is affecting the tumor, but the side effects of the tumor are taking a toll on Mick because the size of it creates chest pressure and is limiting blood supply because of it’s location on the heart. He has constant pain in his chest, shoulder and head because of the blood restriction. He is not able to function in his skill set for work because of risk of heart attack and can’t drive because he is on painkillers and other drugs that impair his ability.

Nana is bedridden and needs 24 hour care. We are trying to get Medicare to help provide assistance other than hospice to help cook meals and handle other basic household duties to help out during this tough season.

As siblings of Mick and children of Nana, we are all doing what we can to help, but none of us has a lot of extra funds to help cover some of their living expenses and we work full time jobs and can’t easily just take time off to be there.

Any assistance we can raise will help and it is very humbling to know that you need help from others.

Please donate what you can. It all makes a difference. Patrick Hess hasn't posted any updates yet.
Newest | Oldest
Show more
NEW Thank you emails can now be sent directly from the Transactions page.
Alternatively you can still leave a comment here. 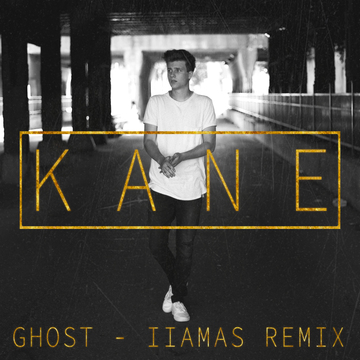 Patrick Hess is managing the funds for this campaign. The campaign is for a personal cause.