No thanks
Wheelchair For A Warrior
SubscribeUnsubscribe
✖
Gallery (2) 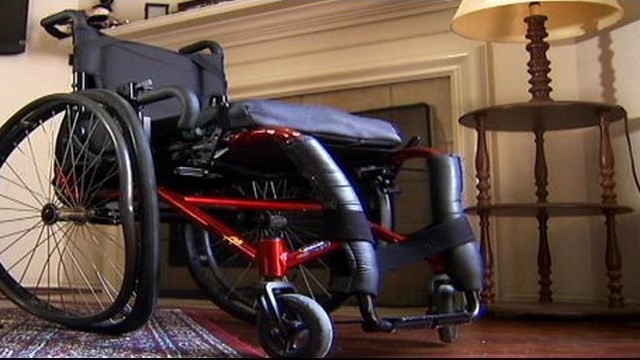 My name is Eric Snyder, I am an avid concert goer and supporter of the United States military. I recently came across a story about a US Navy veteran who had his wheelchair trampled at a Metallica concert.  I connected on facebook  with several other fellow concert goers from Rock on the Range after hearing this story. So after talking online about it; Shawn Sarfaty, Dennis Donaldson and I along with help from many other people, decided to start this campaign.

Greg McCarthy lost his leg due to a helicopter incident after serving in desert storm. He uses a wheelchair and prosthetic to get around.  I, along with fellow attendees of the Rock on the Range concert, want to make sure Greg can continue to enjoy rock concerts and also continue to live his daily life.

If you have ever attended Rock on the Range; or any other rock concert, you know how friendly and generous the attendees can be. People; however, have misconceptions about heavy metal concerts and their attendees;  this is our time to prove people wrong and get Greg a new wheelchair and help him attend more concerts in the future.

Greg attended the Metallica concert at Circut of the Americas ( COTA ). COTA does meet all ADA safety and accessibility requirements for all of their venues.   Although this is the case, his viewing location was not optimal and his wheelchair was actually trampled during a frenzy after a drumstick was thrown into the crowd.

Please help me raise money for this great cause and show Greg that we are all here to make sure that he can go to many rock concerts in the future!

Below is the story that was reported by Amber Downing at KVUE(ABC) in Austin, Texas. We are currently in contact with her to cover this campaign.

Wheelchair For A Warrior Community

eric snyder is managing the funds for this campaign. The campaign is for a personal cause.