No thanks
Help RMNews Pay the Bills
SubscribeUnsubscribe
✖
Gallery (1) 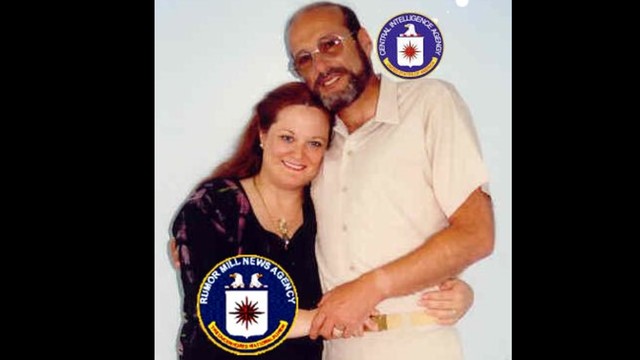 Rumor Mill News was started in 1996 by Gunther and Rayelan. Gunther was CIA and over the years Rayelan became RMN. When the RMN logo was designed, Rayelan chose to parody the CIA logo. You can compare the two logos in the photo of Gunther and Rayelan which was taken in the early 90s at Terminal Island Federal Prison.

Much has happened in the last few months. You know that our server was hacked and we have lost all our archives. Zapper has been working around the clock trying to make sure that the "gremlin" (Z's name for hackers) was no longer on the server and no longer could exploit some of the "flaws" in the Apache server we have used for years. We use Apache because it is supposed to be the best and can not be hacked. We found out different last month when we discovered we'd been hacked.


Yes we lost the all of the archives. The archives go all the way back to 1998 when RMN made the transition from being a print magazine to a web news site.

Very slowly we are beginning to gather up old RMN articles. We are being helped in this by our agents, many of whom have their own sites and have put their articles up on their websites. Our readers are also sending in articles and helping us restore the archives. I had done a backup several months ago, but for some reason I am not able to access my external hard drives to make sure I really do have a backup.

I fear that whoever hacked the server also hacked my personal computer, an iMac which is supposed to prevent hackers, viruses and all the other stuff that crashes Windows PCs.

I don't even want to consider the thought that whoever hacked our server and screwed with my iMac could have erased my external hard drives.

We need extra money this month because our ad revenue has dropped to almost nothing. hobie and Susoni devote a major part of their lives to RMN. The ad revenue is down to about a fifth of what we had been receiving. With everything happening so quickly... and in the middle of my move... I haven't had the time or ability to put things up on ebay. As soon as my move is finished, I will start selling on ebay and that will fill in those rough spots when the ad revenue is down.

RMN needs your help more than ever this month. If you can only give a dollar, please do so. If the million plus readers who read Rumor Mill News each month would give a dollar, we would never have to ask for money again. Sadly, only 100 readers support RMN each month and it's always the same wonderful group. THANK YOU, YOU WONDERFUL GROUP!!

I hope that all our readers will realize that without reader help, one of the oldest independent websites will no longer be around.

Thank you so much for your help.

For those who don't want to use a credit card, here is the P.O. box information.

Rayelan Allan is managing the funds for this campaign. The campaign is for a personal cause.