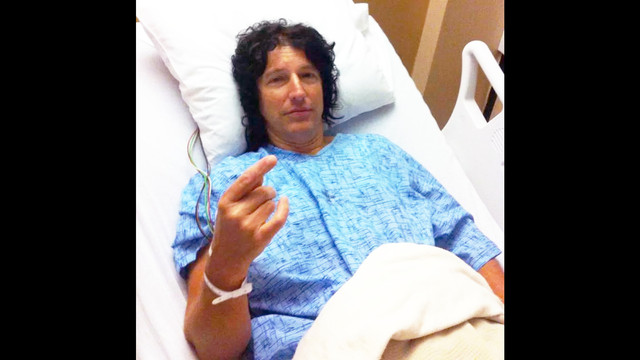 Our dear friend, cohort, co-worker, and brother in arms Larry Cornwall was rushed to the hospital on Aug 14th for emergency heart surgery. A team of four surgeons worked feverishly on him to turn his dire condition around. Fortunately, the surgery was a success, and due in part to their dilliegence and Larry's strength and generally good health otherwise, he pulled through. He will be behind the mic and on the drummer's throne again in no time. He should now keep excellent time as a drummer since he's had a metronome (pacemaker) installed in his chest. That's commitment to your craft!

While Larry does have health insurance, the costs of his surgery and hospital stay were formidable and far surpassed the amount the insurance company will pay. Moreover, Larry's going to be recuperating and out of commission for a while from his roles as Alice in Alice In Cooperland, Tommy Lee in True 2 Crue, an agent with us at Music Zirconia, and with his rock merchandise company Image Shirts. That's where we all come in...

As anyone who's seen Larry perform knows, he's a person who loves what he does and puts all of his heart into it. He brings the rock and puts smiles on faces for a living; and does it well. If you know Larry personally, you also know he's one of the nicest guys on the entire planet. We at Music Zirconia want all of us within our tribute community and indeed, all of the friends and fans who've enjoyed his performances, to dig deep and help a brother out.

We're setting up this fund to help with Larry and his family with his medical expenses. All donations are channelled directly into a Paypal account set up by Larry himself. Anything you can give will help make a difference and keep Larry rocking! 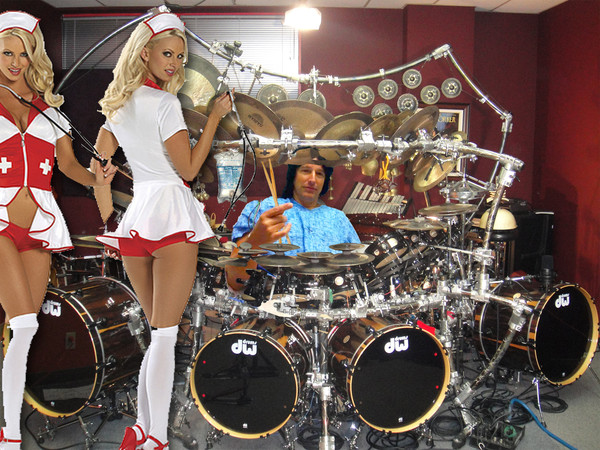 MusicZirconia Tributes is managing the funds for this campaign. The campaign is for a personal cause.