No thanks
Family Victims of House Fire in TBay Need Help!
SubscribeUnsubscribe
✖
Gallery (1) 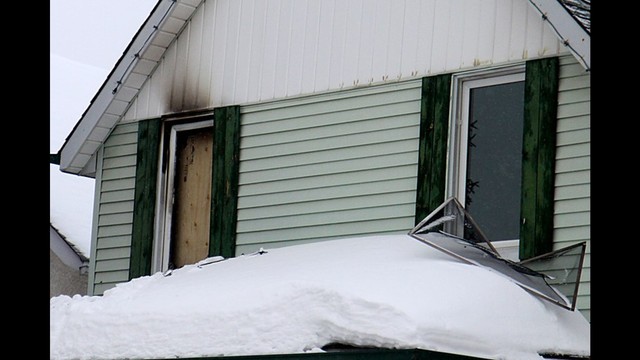 $610 raised 4% of $15k goal
12 contributors
7 Years running
Contribute
By Steven Bill
Are you friends?
Personal campaign Keep it all Thunder Bay, ON, CA

The full story is below but the gist is: a family in Thunder Bay had a house fire. Their house insurance had lapsed so they are out of luck. TBay, let's step up and raise a few bucks to help them get back on their feet. We pride ourselves on being a caring community - so let's show this!

On February 1, 2014, a young Thunder Bay couple experienced a horrible event.  A burning candle, left unattended for a short period of time, set the second story of their house on fire.

The young mother, Ashley, managed to get her two young daughters out in time and call for help.  Two out of three family pets managed to survive.  The fire did extensive damage to the second floor of the house.  Many household and personal items were lost.  Initial (rough) estimates were that the damage would amount to $40,000.  They were advised to throw out many personal items because of the toxic dust/debris that had spread throughout the home.  Under no circumstances were these items to be kept.  Newly received Christmas gifts were bagged and thrown out.

Family immediately stepped in to offer shelter as the young couple tried to sort out the paperwork that now needed to happen.  And then there was a devastating discovery.  Their house insurance had lapsed.  There would be no insurance coverage for the now homeless family of four.

The house was modest at best.  It was a low cost starter home which allowed them an affordable place to raise their children and slowly improve their investment in the property.  The house was initially purchased just a few short years ago, for just over $60,000.  It was the most they could afford and proved to be cheaper than most rentals in Thunder Bay.  Now it was unliveable and the mortgage payments were still due.

The initial stabilization of the house (gas / hydro and other work by professionals) came immediately to about $1,500.  A professional company was required to go in and pull out all of the damaged components, seal and detoxify the house.  This bill came to $6,000.  Electrical work to restore the panel and wiring came to just under $2,100.  The bills are adding up and the couple has yet to restore the house to liveable conditions.

Total costs including rebuilding are estimated to be at least $13,000.  This is much less than the original $40,000 that was estimated, due in no small part to friends and family offering to step in and help with the rebuild.

The couple are trying to refinance with the bank (their mortgage is just coming due).  An assessment needs to be done to ensure the “value is still there”.  As it stands, there is nothing to evaluate.  Refinancing to cover the costs requires the value to be about $20,000 more than the original purchase price.  Family members are frantic as they try to do what they can to rectify the problem.

Let's help them out everyone! Give a few bucks today and let's show them the love and support our community can give!

Steven Bill is managing the funds for this campaign. The campaign is for a personal cause.