Plowden Family Fund
Contribute
Campaign extended! Our deadline has passed but you can still help. ✕

No thanks
Plowden Family Fund
✖
Gallery (1) 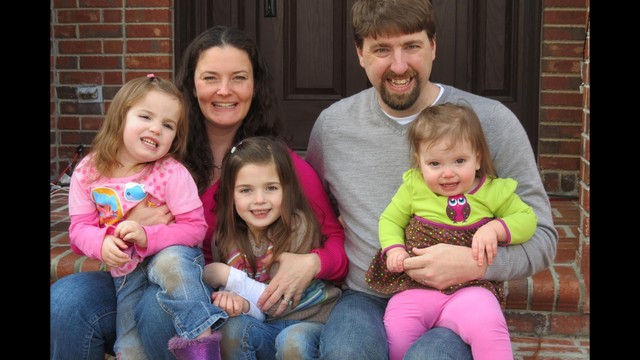 $23,095 raised 231% of $10k goal
174 contributors
6 Years running
Contribute
By Jennifer Gambardella
Are you friends?
Personal campaign Keep it all
South Riding, VA, US

As many of you know, our neighbor, Bill Plowden, was diagnosed with a sarcoma on his spinal cord at the end of last summer. He had already had a malignant sarcoma surgically removed from his pelvic area the year before, and was living cancer-free, up until this point. This time, when he was diagnosed, it was determined to be too risky of an operation for his existing oncologist/surgeon, and he was referred to a team in Boston. He and his wife, Dana, made the difficult decision to move him up there, away from his family, for as long as necessary, so that he could undergo surgeries and treatment to get him back on the road to good health. That was six months ago. They had no idea what a long, hard journey it was going to be. He has only been able to return home once, for two weeks in October, during a break in chemo treatments. His children (Kaleigh, 7; Leah, 5; Zoey, 2) haven't seen their father in five months. He has undergone countless surgeries, had setbacks and disappointments, but through it all, he has remained a faithful and steadfast fighter. His wife, Dana, spends her time traveling between their home in South Riding and the hospital and treatment facilities in Boston. It has been a very long and exhausting six months for this family, and they need the support of their community. I know if anyone can rise to the occasion, it's the kind and generous people of South Riding.

When I created the meal schedule a few weeks ago, I indicated that this was the 'first' thing I was asking people to contribute, and that more information would be forthcoming on how to help this family. Well...here it is. As you can imagine, with Bill out of commission for the last six months, and Dana being a stay-at-home Mom to their three young daughters, it has not been easy for them. Between the hospital bills, the cancer treatments, and the costs incurred so that Dana can travel back and forth between Boston and South Riding, this has been an extraordinarily expensive ordeal for their family. Thus, I have created a fund so that their friends and neighbors can help take a little bit of the financial strain off of them. I respectfully ask that you consider a donation, and that you share this with others who may also have a desire to help. If you are not able to contribute monetarily, I ask that you keep Bill, Dana, Kaleigh, Leah and Zoey in your thoughts and prayers, as they continue their battle...this journey has been a very difficult and painful for each one of them.

Thank you for your kindness and generosity, and for helping to make the Plowden's load just a little lighter.

Activity highlights See all178
NEW Thank you emails can now be sent directly from the Transactions page.
Alternatively you can still leave a comment here. Jennifer Gambardella hasn't posted any updates yet.
Newest | Oldest
Show more
NEW Thank you emails can now be sent directly from the Transactions page.
Alternatively you can still leave a comment here.

Jennifer Gambardella is managing the funds for this campaign. The campaign is for a personal cause.