Thank you everybody. Our campaign is now over. ✕
Donate to Pittsburghers arrested at #DisruptJ20!!
SubscribeUnsubscribe
✖
Gallery (1) 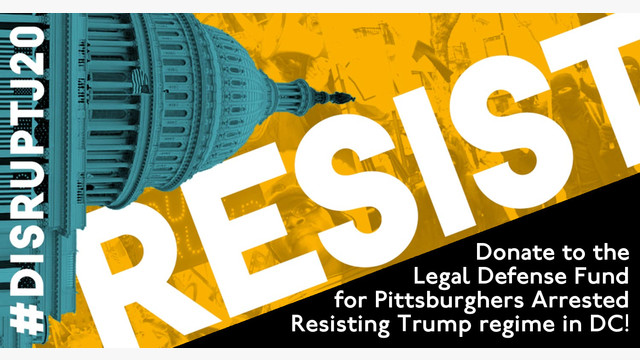