No thanks
Please help Missy: Victim of a drunk driver
✖
Gallery (1) 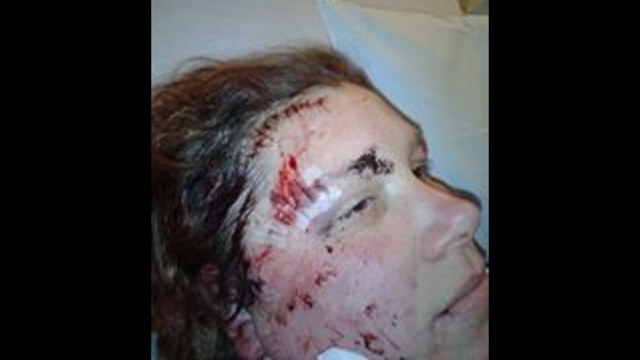 $895 raised 36% of $2.5k goal
21 contributors
6 Years running
Contribute
By Andrea-Brian Allen
Are you friends?
Personal campaign Keep it all
Paw Paw, MI, US

On the night of March 8, 2014, my sister-in-law Missy hit black ice and went up a snow bank with her truck. Her 2 oldest daughters were with her at the time. The truck became stuck.  She put on the flashers and proceeded to get of the truck.  Meanwhile, a young man who had been drinking was coming their way.  Noticing that he was not slowing down, Missy yelled for her daughters to get out of the way. She tried flashing the lights at him, but it was too late.  Missy jumped up on the side rail of the truck and held tight.  The drunk driver struck Missy, causing her to slam into his windshield.  When he came to a stop, Missy was thrown several feet from the man's car.  She had an extensive laceration on her head, a separated shoulder, a shattered tibia & fibula, fractured vertebraes, along with many other injuries.  Somehow Missy managed to get up and get to the truck just to make sure her daughters were ok. Thankfully they were uninjured. The drunk driver was arrested on the scene.

Missy was rushed to Bronson Hospital, where she spent several nights, but has now returned home.  A hospital bed has been delivered to her house and she will require 24 hour home care for many weeks to come.  My brother Joe will be home with her, assisting with her well-being. They will both be out of work.

I am asking for donations to help to take some of the burden off Missy, Joe, and their kids.  Although they will receive some assistance, I know their bills will start to pile up.  With everything going on, I would like to offer them some peace of mind. Every little bit will help to pay their house payment, utility expenses, and take care of their children. PLEASE HELP! Andrea-Brian Allen is managing the funds for this campaign. The campaign is for a personal cause.