Thank you everybody. Our campaign is now over. ✕
ARIN AND LIAMS' ROAD TO HELSINKI
✖
Gallery (6) 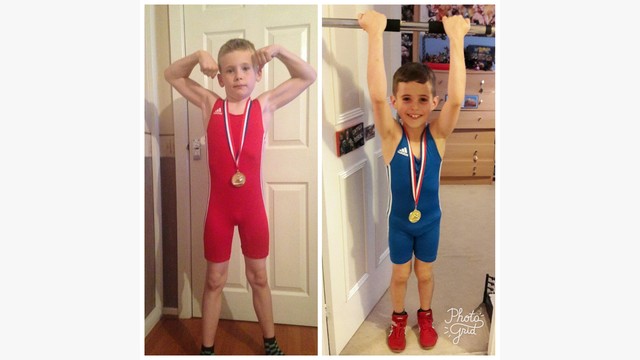 As many of you will know 9 year old cousins Arin and Liam have had great success in their sport of wrestling. The boys are dedicated and train very hard. They have done well in UK competitions and now have the opportunity to compete in Europe.Travelling to helsinki with their wrestling club to compete in the Helsinki open in November.

Both boys are current British Champions for their weights but this will be the first chance to test themselves against their European opponents.

Unfortunatley wrestling is a sport with little money and so all the team are trying to raise money themselves to attend the competition.

Arin and Liam plan to do a 20 mile bike ride from Liverpool to Manchester along the ship canal on the 2nd September in an effort to raise their share.

Kids in sport are the future ....and we know how much our boys would value this experience.

Thankyou to anyone in advance for getting behind them in support Paula Woods hasn't posted any updates yet.
Newest | Oldest
Show more
NEW Thank you emails can now be sent directly from the Transactions page.
Alternatively you can still leave a comment here.

Paula Woods is managing the funds for this campaign. The campaign is for a personal cause.