No thanks
Help Us Free Devarius McQueen!
✖
Gallery (2) 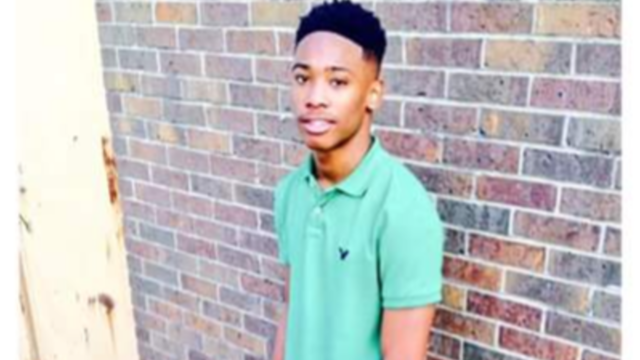 $1,600 raised 27% of $6k goal
30 contributors
2 Years running
Contribute
By Andreanette McQueen
Are you friends?
Personal campaign Keep it all
Decatur, GA, US 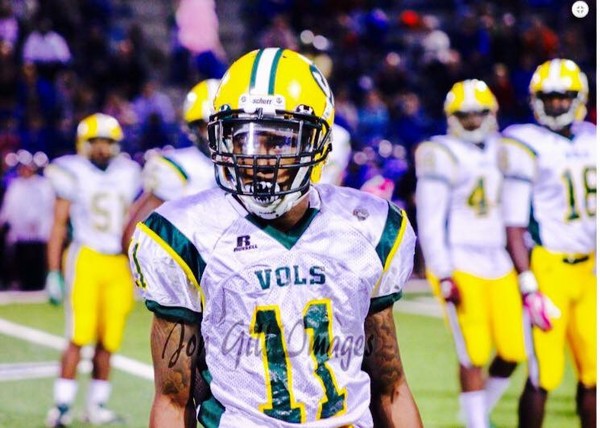 My name is Andreanette McQueen and I am a mother of three beautiful boys. For those reading this message, I want to thank you for taking the time out to read my statement.

As reported, on April 7, 2017, there was an incident involving three teenagers residing in Montgomery, Alabama.

Amongst those three teenagers, was my 18 year old son, Devarius McQueen. The three teenagers were heading back home but took a shortcut through a neighborhood in Montgomery called Carriage Hills. That was when they were pulled over by two Montgomery Police Department officers. When asked why they were being stopped, the officer replied that he received a call. He stated that they fit the description that the caller had given.

The terror began once the officer told Devarius to get out of the car. (Keep in mind, he is not the driver and has no idea what is happening.) Devarius proceeded to question the officer and asked why he was being asked to get out of the car. Instead of providing information, they pulled Devarius out and from there Devarius became irritated. He struggled and tussled with the two police officers as they both used excessive force and was also punching him.

They are claiming that Devarius tried to reach/grab one of the officer’s guns, although the footage (taken by the driver) that has gone viral does not show anything of that nature. There was NO evidence of any kind (finger prints, etc.) Right now, he is being held at Montgomery County Jail and they are charging Devarius with attempted murder of a Montgomery Police Officer.  They are setting his bond at $60,000 and this has affected his family greatly.

Devarius is an 18 year old, black boy who’s a senior at Jefferson Davis High School. He’s athletic, spiritual, intelligent, and a good friend/supporter to those he comes into contact with. His friends and others within Selma and Montgomery can vouch for his upstanding nature. He has never shot a gun nor held one for that matter. He is a great son and there are so many people who love and support him.

As his mother, I am devastated. They are already reporting false accusations through media without any reputable sources to backup said accusations. 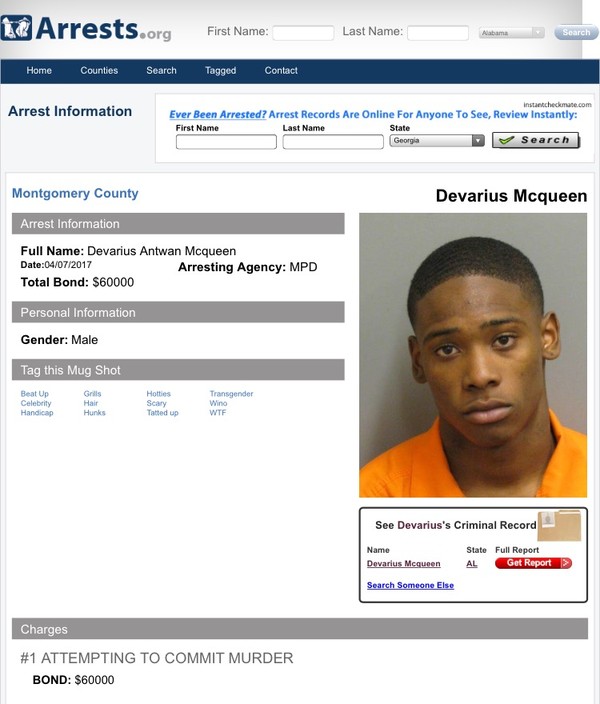 I know we live in a world where everyone has their own perspective, opinion, and will judge according to what is presented in front of them. However, I ask that you understand both perspectives before you condemn my son. (For you to get just a glimpse of the treatment my son received from MPD, please watch the video clip above.)

I AM reaching out to people far and wide who are willing and able to help me to FREE my son.

I AM asking for those of you who can, help my son see justice.

As I stated in the beginning of my letter, Devarius’s bond is set for $60,000 which means that we have to collect $6,000 for a bondsman to get him.

Although he still will have a hearing, releasing him from jail now will allow him to finish school and graduate.

If you can spare any amount to help us reach our goal, we will forever be grateful and in debt to you.

Thank you for reading my statement! God Bless you!

Andreanette McQueen hasn't posted any updates yet.
Newest | Oldest
Show more
NEW Thank you emails can now be sent directly from the Transactions page.
Alternatively you can still leave a comment here.

Andreanette McQueen is managing the funds for this campaign. The campaign is for a personal cause.