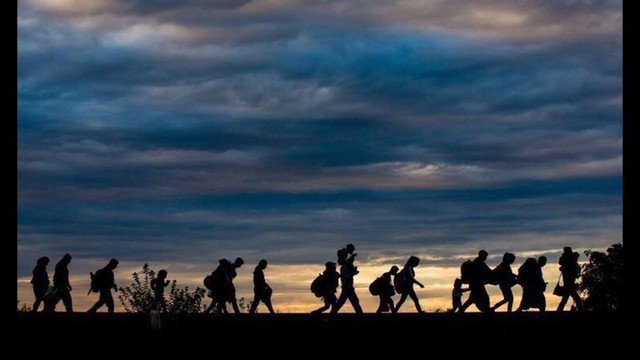 S.A.F.E - Steps Across the Frontiers of Europe.

Project S.A.F.E
Concerned by the current desperate situation facing the many thousands of refugees in Europe we are trying to raise awareness of this humanitarian crisis and are involved in fundraising activities which aim to offer direct aid to those in need.
In December the artist SU_E_SIDE(SCRAP ART) , conducted several workshops to create warm winter clothing. Supported by the Comune di Santarcangelo di Romagna,The Coop and individual sponsors. Su then drove to the Eidomeni transit camp in Greece to distribute these products.
Many of the men, women and children that she met there had made perilous journeys, they had arrived exhausted, traumatised and without possessions.
We are now organising a new aid distribution project - S.A.F.E. (Steps Across the Frontiers of Europe).
We are, in collaboration with Il Campo Lavoro, collecting footwear and clothing, in new or good condition..collection point MUTONIA.. which we will distribute in the transit camps in Greece,at the end of April - offering direct aid to those most in need.

The journey will be documented and the resulting film used to raise awareness of the crisis.

Please help if you can. THANKYOU.

Susan Steele is managing the funds for this campaign. The campaign is for a personal cause.