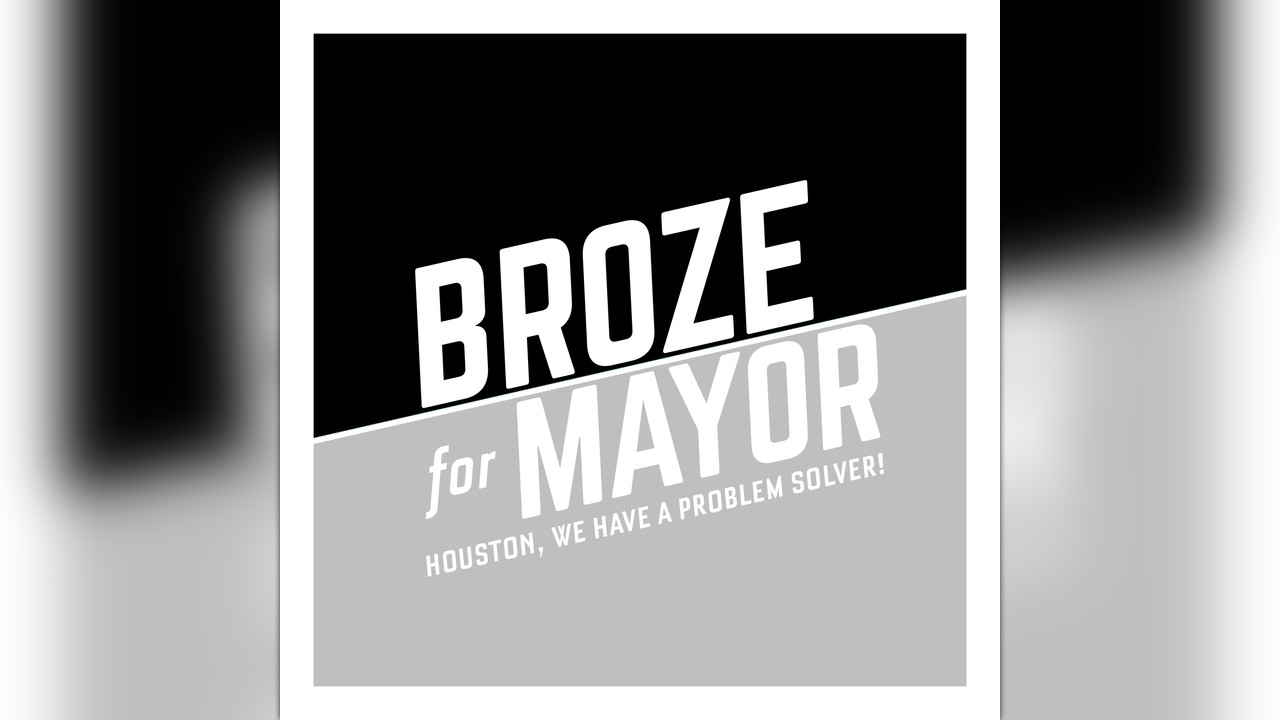 The Broze for Mayor Campaign is moving into Phase 2....

And we need your help!

In early May Derrick Broze joined Houston's race for Mayor. By July 22 Derrick filed to make his campaign official. Now it's time to take the Broze for Mayor campaign to the next step...

From August 5-12 join Derrick as he hosts a 7 day "moneybomb" fundraiser to help raise awareness for his campaign!

We are aiming to raise $2000 over 7 days. The money will be used for the following:

- potentially getting billboards around Houston

With your help we can spread the campaign and transform the City of Houston!It’s time to Imagine a different Houston!

Derrick Broze is a freelance investigative journalist, author, and public speaker seeking to expose corruption, find solutions to the problems that affect all of humanity, and promote localization and decentralization. For the last ten years, he has dedicated his life to improving the City of Houston as an activist, journalist, and radio show host.

Derrick is also currently a candidate for Mayor of Houston. As a Mayoral Candidate, Derrick is seeking to uncover any and all behavior by city officials which impedes with the liberties of the people of Houston. Find out more about the issues he is raising here: https://www.derrickbroze.com/mayor/

Derek Broze is managing the funds for this campaign. The campaign is for a personal cause.