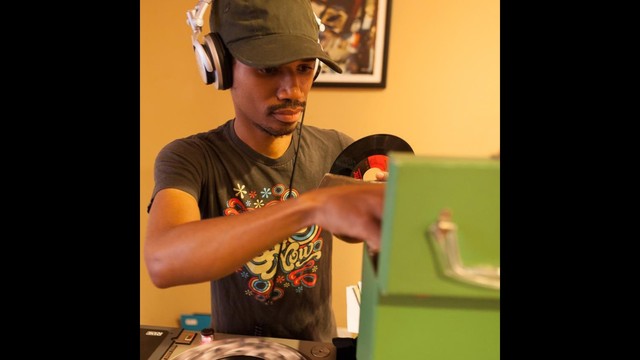 As many of you know, BusCrates was hit by a car riding his bike home from the grocery store in Atlanta on 2/9. Thankfully, he is going to make a full recovery. However, he did sustain serious injuries. He has a broken vertebrae in his lower neck and a broken foot.

Crates was really excited that he had finally found employment in Atlanta after a very long, frustrating search. Unfortunately, his health insurance doesn't begin until April. So, none of his medical expenses will be covered. Obviously, he also won't be able to work for quite sometime as he heals.

To add insult to injury, he was cited for the accident for failure to yield to the flow of traffic. He was riding on a trail that led to a street. There is no signage posted at the end of the trail indicating the need to yield. He has to appear in court on 3/17 to defend himself.

Crates has always lifted others up through the music he creates, the dance floors he moves & just by being a positive, thoughtful & hilarious human being. If you are capable of helping him out in his time of need it would be deeply appreciated. Even $5 would be a HUGE help. A lot of people contribuitng just a little can go a LONG way. Thanks for showing your love and support!

Michelle LeMenager is managing the funds for this campaign. The campaign is for a personal cause.