Thank you everybody. Our campaign is now over. ✕
Emergency Moving Fund
SubscribeUnsubscribe
✖
Gallery (1) 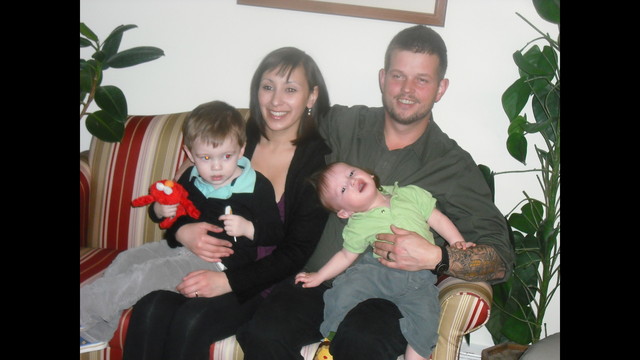 Iraq veteran and War Resister Joshua Key, his wife Alexina, and three children aged four, two and 10 months, have been living in southern Saskatchewan on 1.5 acres of land for over four years. A large portion of their land has been designated to an organic garden where they grow food for the family and donate excess produce to the local food bank.
For the past year, Joshua and family have been having issues with their municipality. After community members and councillors became aware of the families political and moral beliefs they started experiencing prejudice and ignorance towards their plight.
Prior to the birth of their youngest child, the Key family wanted and needed to add an addition onto the 550 sq ft home they occupy. Community members objected and council members, including the deputy reeve of the Rural Municipality, began a campaign of harassment towards the family trying to force them into moving. This included, driving by the family home numerous times a day, demanding the family pay property taxes early (by threat of a lean put against the property if they did not comply). Rumours spread such as; the family is illegally here, on the run, and drug dealing members of the mafia. They were also presented with oven a half dozen erroneous letters in regards to said addition. A neighbour also sprayed herbicide on the property near the garden.
After months of harassment, Joshua asked the RMs administrator why this was happening and if they could be granted a variance. The administrator relayed that a variance would not be granted because “no one likes your politics and the council will agree to nothing for your benefit.”
This last week the administrator, deputy reeve, and an RCMP officer arrived at the Key home and presented them with a letter and informed the family that the RM has purchased their home and land (the family has been renting to own over said four years), and the family has until October 4, 2013 at 4pm to vacate.
Joshua and his family are consulting with a lawyer but have not been given enough time to proceed in court. They must move. On top of the shock of being forced from their home, the family is now faced with the financial burden of moving.
While the Key family works out their legal options, they urgently need to raise funds to cover their moving expenses, and a deposit on a new dwelling. Any contributions would be greatly appreciated and gratefully received.