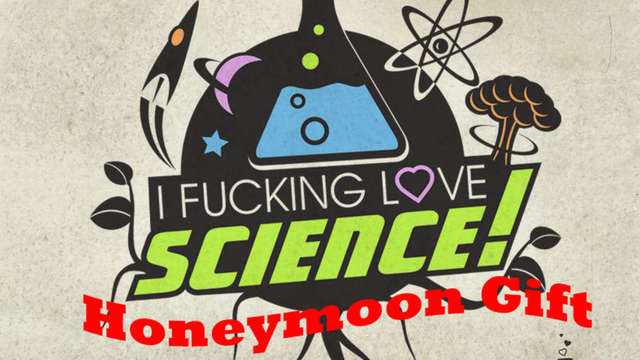 In March 2012 Elise Andrew created 'I Fucking Love Science' on Facebook. Now 12 months on with 3.8 million fans, it's time we said thank you. In 6 months time, Elise is getting married, so as I thank you, I suggest if you can afford it, a small donation. Elise wanted the whole amount to go to charity, but we're persuading her to at least use some of it towards her honeymoon.

" I would absolutely love it if any money raised could go to Inti Wara Yassi, an animal rescue centre in Bolivia. They take in animals from the illegal pet trade, and I spent a lot of time volunteering there when I was younger. They're completely reliant on donations and run three parks to care for about a thousand monkeys, 30 pumas, 8 jaguars and goodness knows what else."

So, let's give Elise a thank you.

An 'I Fucking Love Science' fan

Mike Kearon is managing the funds for this campaign. The campaign is for a personal cause.