No thanks
Legal Fund Against Fascist Violence
✖
Gallery (1) 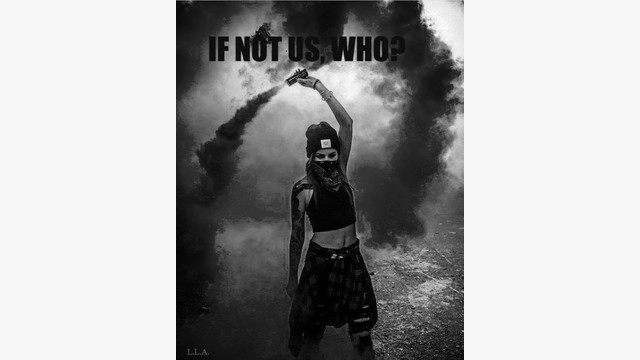 $1,060 raised 71% of $1.5k goal
22 contributors
88 Weeks running
Contribute
By Katherine Vogel
Personal campaign Keep it all
Portland, OR, US

My name is Luis Enrique Marquez and for the last year and a half I have been engaged in fighting fascist and fascist-friendly organizers here in the Portland Oregon area. During this time, the right has slandered me and threatened not only me, my family and friends but many other community members too. One of Joey’s followers, Jeremy Christian, killed two on the Trimet Max train and severely injured a third. They lie as a way to silence my voice, to silence all of us who come out to oppose them. They have threatened my family and put my child’s information online. They have sent me pictures of my home and children in order to silence me- they have even attempted to burn my house down on St Patrick’s day 2018. They have held a “anti-Luis” rally in front of City Hall, as well as flyered my neighborhood with flyers slandering me a child molester. As result, I am filing a lawsuit against Joey Gibson founder of Patriot Prayer as well as Leo Stratton, a freelance journalist and video blogger, whose articles and videos have incited numerous threats on my life. My crime? Wanting to live in a country without racism and homophobia, to live in a country where all are treated equally, where all are educated, where we all have health care and where immigrants receive a fighting chance. I am scared. I have received so many threats that I rarely travel outside of my neighborhood alone; I do feel an imminent threat on my life. I am fearful of white people that I do not know as I never know where the attack will come from. It’s an awful way to live. Complete strangers (because of these two men's untrue statements about me) have called me vile things in the streets. But I am confident we can win together. Showing up in the streets is good, but what else can you do? Please, donate to my legal support fund. I will need it in the short term and then the lawsuit itself should start to hurt their organizing. We can stop them with this suit. It will be a big win for all of us. It’ll hurt them financially so they will not be able to travel all over terrorizing other communities and they will have trouble recruiting. We’ve already slowed them down, but making it expensive and not fun to show up in the streets will help crush them. Taking their money will stop them from being able to hurt others. When I win I plan on starting funds for comrades and people in the movement. Funds will help immigrants find lawyers and peace, help with operations for Trans folk, and to help other victims of Right Wing Extremist violence.

Thank you for taking the time to read this.  With Love and Solidarity. <3

Katherine Vogel hasn't posted any updates yet.
Newest | Oldest
Show more
NEW Thank you emails can now be sent directly from the Transactions page.
Alternatively you can still leave a comment here.

Katherine Vogel is managing the funds for this campaign. The campaign is for a personal cause.