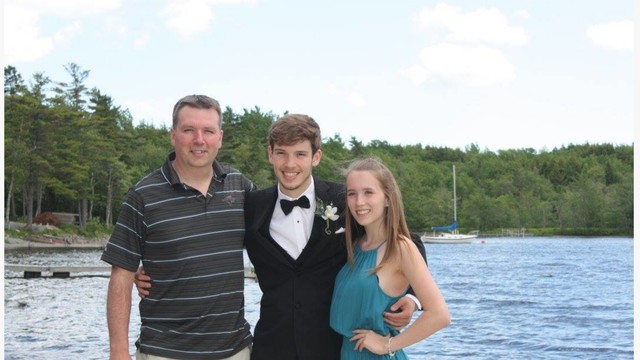 Craig Burnett is an RCMP veteran with an impeccable 26 year record. He is the father of two fabulous kids. For years he has volunteered as a basketball coach for the local schools and community. Parents and kids alike respect and look up to him. Everyone who knows Craig, knows he is an honorable and compassionate person.

Craig joined the RCMP at the age of 22 and quickly rose through the ranks. He became the youngest Sergeant ever in Nova Scotia, serving in several communities in NS as well as Newfoundland and Labrador. When forced to retire he held the rank of Staff Sergeant. A rank that few RCMP members ever achieve.  Craig’s dedication to his job, to upholding and promoting professional integrity, and to maintaining the safety and security of those he had enlisted to protect, have been hallmarks of his long and successful career.

Earlier this year, two individuals provided information to the police. It is our belief that as a result of that information they were given immunity in exchange for whom the prosecution think is a much bigger fish: an RCMP Staff Sergeant.

Craig had no involvement in any crime. Consistent with this, there exists no physical evidence to the contrary. Remarkably, the charges against Craig have been based solely on the testimonies of those men. It is a stunning failure of Canada’s justice system that charges were even laid on such a thin line of ‘evidence’.

Since being devastated by these accusations in August and despite the overwhelming evidence of his innocence, Craig has been forced into early retirement by the RCMP. This has been financially crippling. Forcing him to sell his home and move away from his children. Craig has secured legal representation capable of defending his innocence against such undue allegations, but the legal fees are quickly becoming insurmountable.

If you have ever known Craig, and wish to contribute to his fight for freedom and the correction of our justice system, any and all financial donations you are able to make will go directly towards Craig’s legal fees. No donation is too small and every penny received will be greatly appreciated.

Marcie Burnett is managing the funds for this campaign. The campaign is for a personal cause.