No thanks
Help Russell to speak again
SubscribeUnsubscribe
✖
Gallery (6) 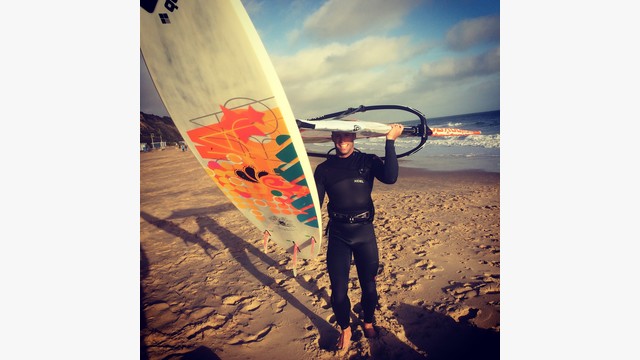 Every penny you donate will go towards his rehabilitation, we are confident he can speak again.

Russell is 36, his story is shocking and extraordinary - the doctors and specialist do not know what caused any of it....

Aged 23 Russell had a huge heart attack. He'd been windsurfing after work. Fit, healthy and very active the Dr's did not know what caused it to happen. He rang me during his heart attack, asking where our mum was, I told him he needed to ring 999.

He survived, but one chamber of his heart was effectively dead. It took a year but he made a full recovery and got back to work, windsurfing, kitesurfing, cycling and more.

In the 10th year after his heart attack Russell spent the year fund raising for the British Heart Foundation and raised a target of £10,000, the charity’s largest single fundraiser that year.

12 years after the heart attack, aged 35 with a clean bill of health and completely signed off by the Drs, he had a stroke.

This time he was at work. The receptionist saw it happen and her quick actions probably saved his life. This was 2 months after Russell got married.

Russell sustained huge damage to the brain. He lost all movement, speech and some memory. His movement and memory has eventually returned but his speech has not. The parts of the brain that control his speech are dead and will not regenerate. The rest of his brain is now learning those functions but the recovery process is long and incredibly hard.

Imagine if you can, waking up and not being able to speak. Every day.

His wife is amazing. With no speech Russell can’t work. He can’t drive for 12 months. Rachel supports him through a single income, has learnt how to communicate with him, is his interpreter and has been instrumental into his recovery. What a start to married life, they still haven’t been on a honeymoon!

Luckily Russell has made a very good physical recovery. He is fitter than most people I know. Addicted to sport. He doesn’t flinch at 100 mile bike ride, he kitesurfs, surfs and windsurfs and is widely known as an athlete.

But he can’t speak.

So please help raise some money for Russell, every penny counts. He has had a rough ride and your support won’t go unnoticed.

I’ll be participating in various cycling events over the summer all aimed at raising money for Russell. For every mile I cycle in these events I’ll donate £1.

Thanks for your support, Russell, Pete and the rest of the Hanford’s.

Peter Hanford is managing the funds for this campaign. The campaign is for a personal cause.