No thanks
Women self-organising
SubscribeUnsubscribe
✖
Gallery (23) 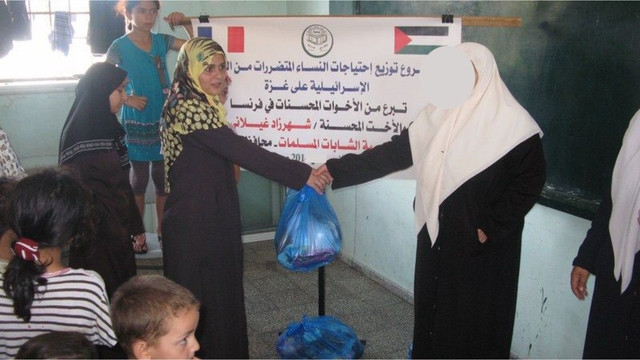 Women in palestine face serious social constraints at home, but also a continuing blockade that limits their freedom of movement and occupation and increases the rate of violence against them in an alarming manner. The unpaid price paid by women for the Israeli closure policy.

Every time the issue of Palestinian women  arises and the effect of closure on them, the traditional social structure in Gaza comes as well, and there is a dilemma: how do we talk about the effects of closure without mentioning the social injustice itself suffered by women?

I suggest looking at the occupation and the closure of Gaza as a patriarchal system that helps strengthen and consolidate the patriarchal system in society. Israel runs this system and bears a lot of responsibility for the fact that Palestinian society in Gaza has become more hateful and more violent.

It is true that women in Gaza suffer from serious social constraints that often dictate their choices, decisions and way of life. But let us not forget that women in other parts of the world also suffer from persecution to varying degrees. Of course, this can not justify injustice anywhere in the world, but we must remember that patriarchal societies exist everywhere, including Israel (Hebrew). The voices that rise every time we try to talk about the fate of the women of Gaza under Israeli rule, demanding fanaticism in Palestinian society must be addressed in the same context, are the voices aimed at ignoring the responsibilities that Israel bears as a result of its control over Gaza.

yassmin bendimrad is managing the funds for this campaign. The campaign is for a personal cause.