Thank you everybody. Our campaign is now over. ✕
Support Steve Stewart
SubscribeUnsubscribe
✖
Gallery (1) 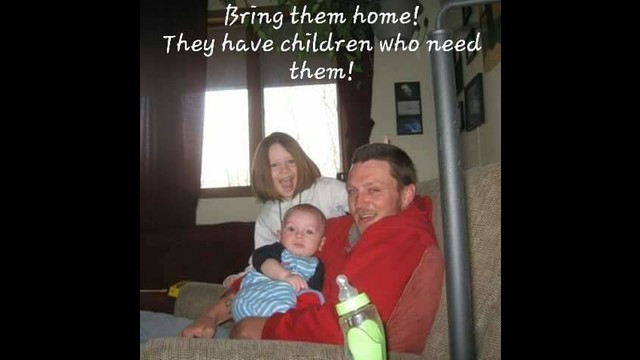 Hi,my name is Lynn Stewart. I have posted this on behalf of Steven Stewart, my ex-husband. In support of him, our children, and his girlfriend Leann Baidy.

Steve was involved in a very large and political land dispute and was arrested on March 3rd 2016 in Idaho, where he resides. His purpose there was to defend people being forced into 1st ammendment pens. He believed it wrong to tell Americans they could only have freedom of speech in certain fenced in areas. Also, to defend women and children who were being attacked by trained dogs and tazed for speaking out about their beliefs. As a result of his involvement he was indicted with many offences the maximum of which has a punishment of life in prison. He was arraigned and approved for bail in Idaho. The government immediately put in a motion to stay the decision until a Nevada judge could decide. Nevada denied his bailed. He must now wait in prison for the trial to begin. His lawyers truly believe they can beat this, we just have to hang in there!

We are humbly asking for any donations to help with his commissary and phone calls. Also, his families travel expenses for court and hopefully at least one visit before the trial begins in February 2017. We have a long road ahead of us.

We are hoping now that all the good karma Steve has built up over the years comes around. He has so much kindness and generousity. Always willing to help even when you don't ask.

Please, he needs us now. Even if you can't help in this way, you can SHARE THIS!! Thank you guys, you know he will find a way to show his appreciation!! He's loyal and caring...

Steven Stewart is managing the funds for this campaign. The campaign is for a personal cause.