Thank you everybody. Our campaign is now over. ✕
Court Solidarity: Stand with Devante!
✖
Gallery (1) 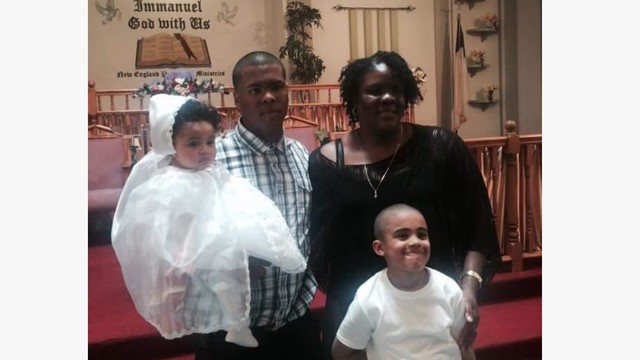 Members of CAJE (Community Advocates for Justice and Equality) and the Lowell community are standing in solidarity with Lowell community member Devante Degree, a young man who is facing severe police intimidation. Degree is the target of trumped-up charges and ongoing harassment by the Lowell police due to his involvement in an ongoing excessive-force lawsuit against the city. CAJE calls for all members of the Lowell community to stand with him at his pre-trial hearing on February 15, 2017, 8:30am, at the Lowell District courthouse, address 41 Hurd St.

At Devante’s January 23, 2017, hearing, the court made it clear that they have no interest in dismissing the charge Devante is facing; a charge which is dismissed by this courthouse on a regular basis. This is a clear case of police retaliation in the face of the civil lawsuit Devante has filed. In order to provide legal support for Devante in preparation for trial, CAJE is raising $1700 to cover the cost of retaining a lawyer.

As our nation transitions toward a place where violence and intimidation against minority communities becomes the norm, it is becoming more important than ever to stand together, and watch out for one another. Let’s show Devante, his family, and everyone else in Lowell that we are not a community that will let injustice go unnoticed, or unchallenged.

CAJE is a multiracial network of community members and organizations that seeks to empower, raise awareness, provide resources, and advocate for the marginalized. Based in Lowell, MA (and pronounced like "cage"), CAJE advocates for racial, economic, and social justice and equality.


CAJE calls for all charges against Devante to be dropped; for an end to the harassment and intimidation of Devante by the Lowell Police Department; and for accountability and an end to police abuses across our community. Danny Bravo hasn't posted any updates yet.
Newest | Oldest
Show more
NEW Thank you emails can now be sent directly from the Transactions page.
Alternatively you can still leave a comment here.

Danny Bravo is managing the funds for this campaign. The campaign is for a personal cause.