Thank you everybody. Our campaign is now over. ✕
Indigenous People's Day 5 Defense
SubscribeUnsubscribe
✖
Gallery (6) 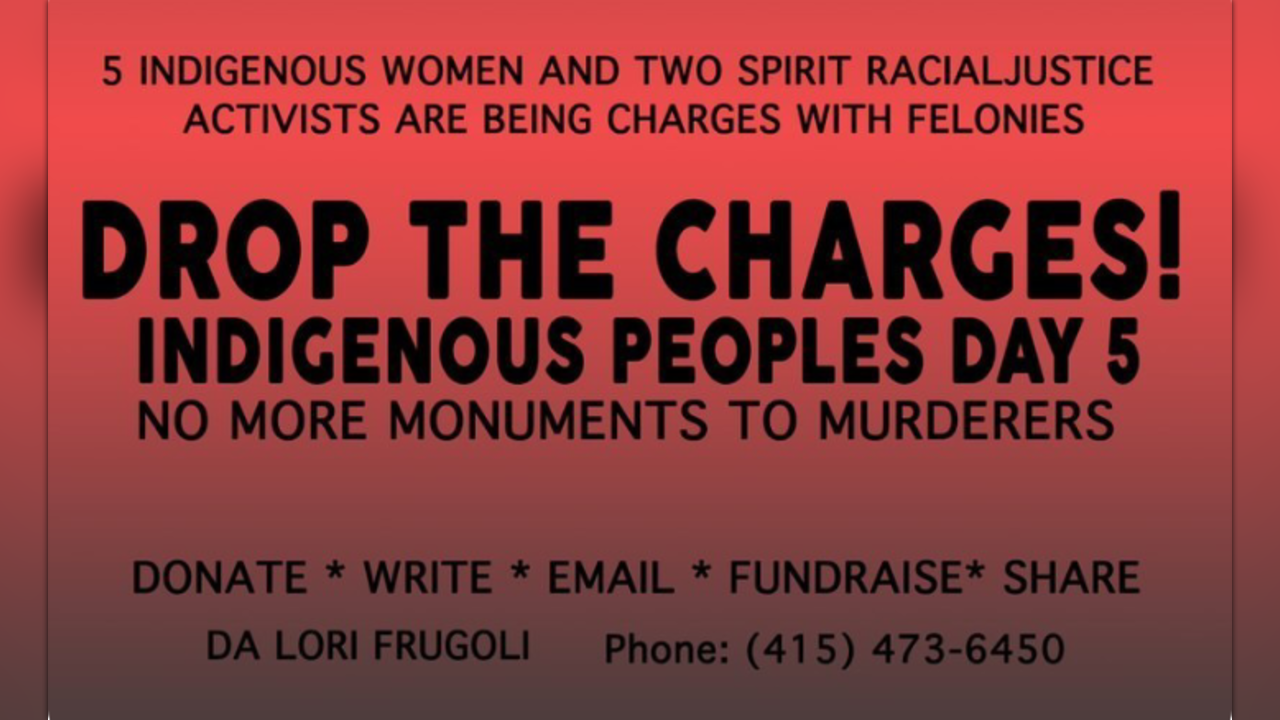 On Indigenous Peoples Day 2020, a monument to Junipero Serra, a notoriously violent mission system leader known for imprisoning and enslaving Indigenous people, was removed from a downtown streetside in front of Mission San Rafael.

While monuments to racism and violence are being removed by city and state officials, schools, parks and activists across the state, the city of San Rafael is refusing to recognize the harms perpetrated against Indigenous people and has decided to file felony charges against five of the fifty demonstrators. Of those charged, four Identify as Indigenous women and two of were baptized in the church Serra founded when they were young girls.

While the demonstration was focused on recognizing Indigenous land and history, not religion, extremists are now pushing for additional hate crime charges against the protestors  and holding public exorcisms in the street.

This is a critical moment to resist increasing repression and support decolonial activists in your community.

Urge the District attorney Lori Frugolito to DROP THE CHARGES! Sign this petition, give her a call 8am-4pm 415-473-6450 and contribute to this legal defense fundraiser.

Other ways you can support the Indigenous People's Day 5:

Write a  public letter or op-ed in support of recognizing the history of the land we are on and dropping the charges against the Indigenous Peoples 5.

Organize your group, crew, org, faith community  or collective to lead an action in support of the Indigenous People's 5 and urge the DA to drop the charges.

Encourage  Mission San Rafael to consider how they might begin to  reconcile with the violence of their founding.

Learn about the history of the land you are on, learn about the Indigenous people it was stolen from, find a way to recognize your place in this lineage and contribute to its healing.

M. Zamora is managing the funds for this campaign. The campaign is for a personal cause.