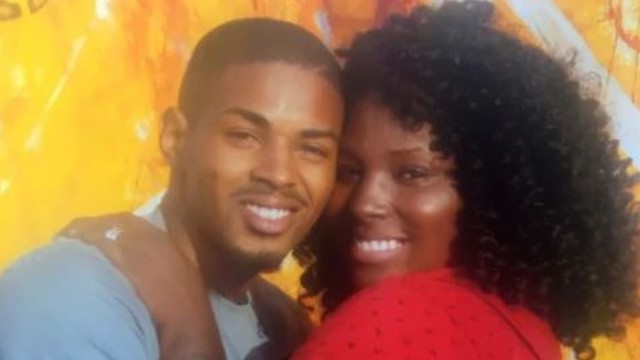 On June 7th 2015, Keith Davis Jr. was mistakenly identified by Baltimore Police as an armed robber, chased, SHOT AT OVER 40 TIMES, and eventually hit 3 times, including once in the face. After spending over 8 months in jail, he was eventually found NOT GUILTY on ALL 15 of his original charges, including NOT GUILTY of possession of a firearm.

The State's Attorney's Office, led by Marilyn Mosby, has falsely accused/charged him again, this time for killing someone with a gun (the same gun that the jury found him NOT GUILTY of possessing) that the police say they found on top of a fridge...near Keith's bloody and unconscious body...after shooting him.

His first trial for the murder charges ended in a hung jury with an 11-1 jury voting NOT GUILTY.

In his second trial, he was found guilty BUT the criminal history of key witness (jailhouse informant) for SAO was not properly disclosed to defense. So, Keith’s verdict was OVERTURNED and a THIRD TRIAL was granted.

This third trial ended in June 2018 with a deadlocked jury and the judge declaring a MISTRIAL.

In fact, in this third trial, it was discovered that the State sat on a surveillance video tape for THREE YEARS that shows the murder victim walking to work about 4 minutes before his death while being followed by a man who does not fit Keith's description pulling a mask over his face.  The lead detective testified in three trials that this video had "no evidentiary value" (?!?!?!?!) and it was never handed to Keith's defense counsel.

The Baltimore City State's Attorney, Marilyn Mosby, has the ability to drop the charges and #FreeKeithDavisJr. We will continue fighting until that happens. The State has yet to legitimately prove their case.

Keith was scheduled for his FOURTH TRIAL for these charges for April 2019. Once again, the State was granted a postponement and his trial was in July 2019. With a case from the State that included conclusions from firearms examiners who failed their proficiency tests and tampered evidence, the jury chose to convict Keith.

THIS FIGHT IS NOT OVER. A motion for a new trial has been filed.

UPDATE 2/28/2020: The hearing for the motion for a new trial began today and will continue on Monday morning. If the judge grants a new trial it means that the last verdict would be overturned. If the judge denies it, he will continue on with sentencing. Today ended early due to Keith's asthma, which just goes to show that he is not receiving the medical care he needs.

UPDATE 3/3/2020:  The motion for a new trial was denied and Keith was sentenced to 50 years. Through tears and pain, the fight continues! Almost at the exact same time that Judge Cox was sentencing Keith, the Court of Special Appeals clarified the exact language that Cox used in his rationale for putting Keith in a cage for 50 years. A motion to reconsider will be filed and a hearing will be held.

UPDATE 5/19/2021:  On May 13, 2021, Judge Sylvester Cox GRANTED KEITH A NEW TRIAL! The Maryland Court of Special Appeals made a ruling that impacted a number of cases across the state of Maryland, including Keith's. Judge Cox granted this new trial to align with the higher courts decision. So, Keith is now facing a possible FIFTH trial for the murder charges, 6th in total. We will keep you posted!

Thank you for joining us in this growing fight to #FreeKeithDavisJr

As of October 23, 2018, 100% of the money received from this campaign will go to Keith and his wife so they can keep surviving and fighting to protect him from being railroaded by a corrupt police department and imprisoned for a crime he did not commit.

As this drags on and on and Keith remains incarcerated, the fundraising goal has to keep shifting. The "hidden" costs of being incarcerated, like phone calls and commissary, would be unsustainable without your help. THANK YOU!

In April of 2019, Undisclosed premiered their podcast on Keith and, justifiably defying Maryland law, broadcast audio from his trials. Please listen and share with your friends and family: https://www.undisclosed-podcast.com/episodes/state-v-keith-davis-jr/

To learn more about Keith:

"ENDLESS TRIALS: Baltimore Police Tried to Kill Keith Davis Jr. Prosecutors Have Been Trying to Convict Him of Murder Ever Since. "