No thanks
Please help bible students of Endebess recover from mass eviction.
✖
Gallery (6) 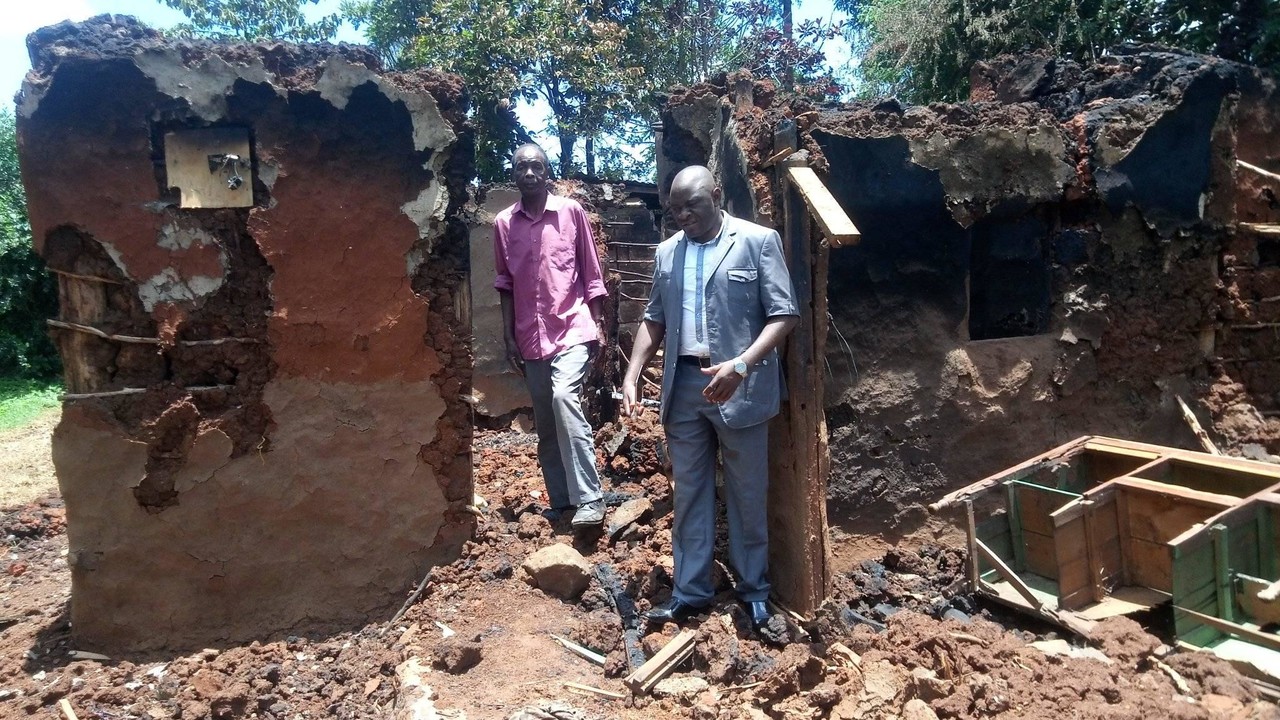 $277 raised 7% of $4k goal
9 contributors
122 Days running
Contribute
By David Kahn
Are you friends?
Personal campaign Keep it all
Casselberry, FL, US

25 bible students in Endebess, Kenya were forced out of their homes because of a 55 year old land dispute.  Their houses were destroyed and they lost all their possessions.  The 8 year old child of brother David S., named Daisy, was accidentally shot and killed by police.

Funds are being requested only to supply emergency temporary aid to get them on their feet, but not to rebuild all the destroyed houses.

Contributions are needed to help these brethren replace their destroyed household possessions, and for temporary food and shelter. They will have to find new homes that they can rent.
All contributions will be forwarded directly to an Endebess ecclesia committee who will distribute funds to these needy brethren as they judge appropriate.  The amount of $4000 is based on an estimate given by class members.


Brothers Kelvin M. and Georgeadis N. were affected with loss.  Br. John W., Sr. Agnes N., Beatrice N., and Fredrick W. are also are among those brethren who lost their homes.  Br. Javan, from Busia, has visited and his report is below.

(Last names are being withheld from the public because of threats of violence.)

The court order was the result of a land dispute between 4 families going back 55 years. The order caused the forceful displacement of 1200 other families and destroyed several churches and a mosque. Security personnel are in the area because of the fear of violence.

Dear beloved brethren, Calvary greetings and best wishes to you. It's my hope and prayers that you are doing well and being blessed by the Lord our God.

Having joined truth several months ago, I found the long time answers to the curiosity of my heart. The articles and chats have equipped me with the most rare element of life , truth which I remain forever grateful.

It's through Truth teachings that I met brother Kelvin, and through him we've had teachings contacted at our Busia ecclesia several times, attending Uriri convention and many more classes. This opened doors for me to extend my Christian family  knowing many people around Kenya.

Then came recently and I heard over the media here that an area called Molem in Endebes was attacked, houses burnt and people displaced. This sounded just like any other conflict till in painfully dawned on me that it's the very areas occupied by our Truth brethren. I immediately sprang into prayers until the Lord told me that at least now the area was accessible, then yesterday Sunday I sacrificed all I had, little cash, and determination to reach the site, covering a one way distance of 182 km , to go and comfort and pray with our affected brethren.

I reached and met brother Kelvin at Molem market. It was Sunday morning, but the once small silent market center was full of people, moving up and down which is not normal on normal occasions, only for me to realise later that many people who had been displaced from there respective homes had camped here at the market center, some able to tent rooms and many more just just engaging in any discussion to pass the day time in wait for the  unknown cold night.

We embarked on our mission, brother Kelvin risking his life taking "foreigner " round the volatile area and the foreigner at the highest risk of abruptly meeting His Maker by venturing into the anger infested community . Yes, one our first click of camera, youth numbering almost ten accosted us, wielding all kinds of crude weapon,  ready to fight in revenge of what each group calls "infringing on our rights "

Who is this foreigner and what are you doing, taking photos, are you on our side or of the enemy? Brother Kelvin, immediately swang in to action ,saying we're not on your side nor on your enemies side, this is just church program  to share with the world so that brethren allover the world can know what is happening and pray for us  if possible support us all...It was an answer ,not quenching there anger and bitterness, but left them divided and undecided if to go ahead and attack us or not. ....

It was the house, of middle aged lady, standing outside of what used to be her nice permanent house. This building was for dual purpose, both for commercial, for she had small pharmacy and medical clinic here, and for residential for she stayed in the rooms at the back. Now, with little kid outside, pondering on there next move of action, not knowing where there next meal will come from and much more not knowing if they'll make it to see the following day... See First photo number 1: 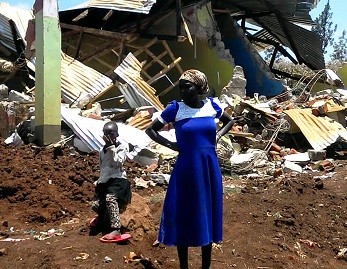 We proceeded, venturing into the deep parts of the community, the church, our Truth ecclesia, with all iron sheets vandalized. The mud wall still stands with it's roof bars, but no roof. The hot direct midday sun scorching directly into the altar of God, showing how inhuman we've become that we respect not the acclessa nor the servants of God. Touch not my anointed nor do them harm, to them this is a vocabulary. The deep silence inside the ecclesia , with creeping sounds of small insects accompanied with whistling sounds of wind paying across the naked roof bars sounded like a dirge, mourning songs of one who's bereaved ,and true the ecclesia is bereaved for since it was put up, no Sunday has ever passed minus it seeing brethren gather for Truth devices..... See photo number 2: 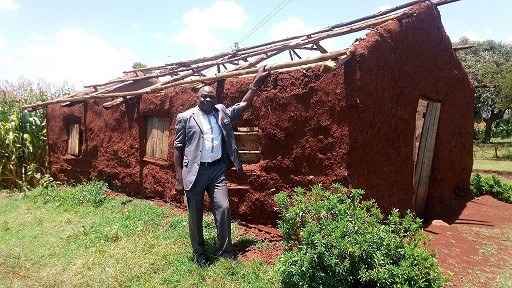 Up the road we went, pumping into heavily armed security officers, manning the home of the person who ordered the eviction, brother George N's biological father , Carter N. You're forced to close your eyes and look again, to be sure you're not daydreaming for the scene is unbelievably pathetic. All houses burnt to ashes. Nothing remains here. What welcomes you here is ashes of all sorts. The houses and every belongings in each house all in ashes. Sounds like horrible dream or movie. The sad reality of the biggest loss the family has suffered. All animals slaughter by the attackers, all houses reduced to ashes and life hanging on very thin thread. See photo number 3 for what used to be N's house 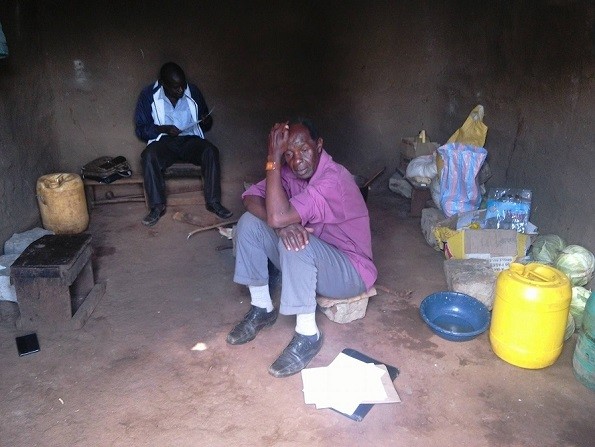 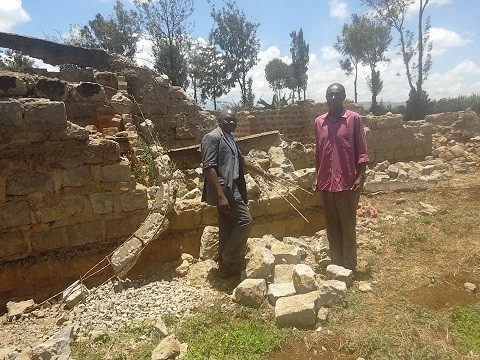 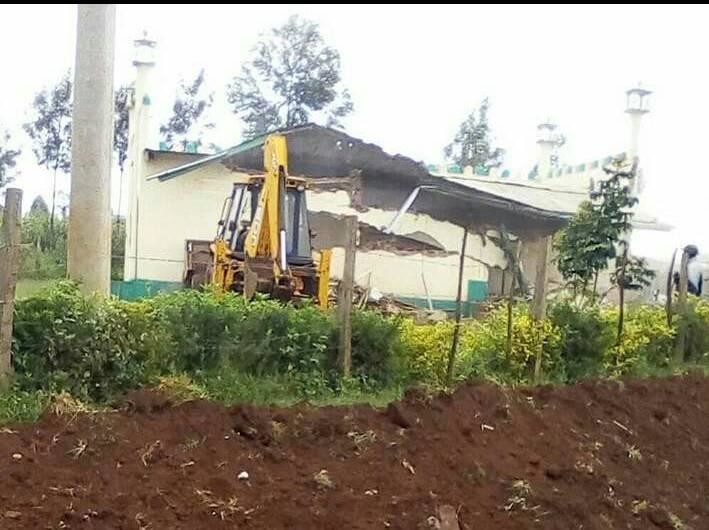 See the Facebook group ENDEBESS TRANSPARENCY WATCHDOGSpost for more details.
We have also found this link to an article about this tragedy on Kenya News Agency:
http://www.kenyanews.go.ke/child-dies-in-an-eviction-fracas-in-trans-nzoia/
Activity highlights See all10
NEW Thank you emails can now be sent directly from the Transactions page.
Alternatively you can still leave a comment here. 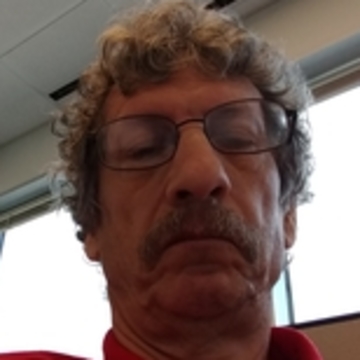 David Kahn hasn't posted any updates yet.
Newest | Oldest
Show more
NEW Thank you emails can now be sent directly from the Transactions page.
Alternatively you can still leave a comment here.

David Kahn is managing the funds for this campaign. The campaign is for a personal cause.