No thanks
Believe The Child Campaign
✖
Gallery (5) 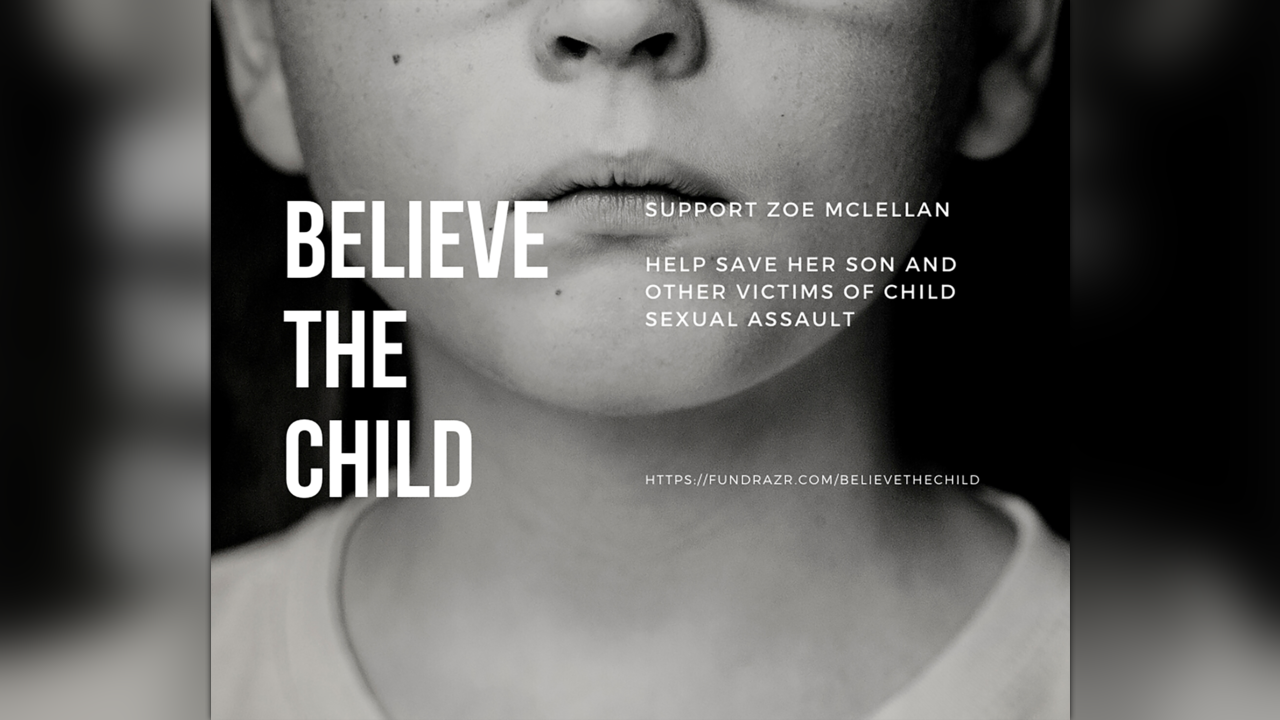 On January 8, 2020, Jean-Pierre Gillain (Jp Gillain), my son's father and abuser, was arrested for First Degree Rape (Felony) and Aggravated Crime Against Nature (Felony) for his crimes committed against my son in Louisiana. My attorney,  Dorothy Gibbons-White, witnessed the arrest take place at the Los Angeles courthouse where he was filing yet another family law motion against me.

I am relieved. I am grateful. I am however, still deeply concerned, and here is why - Jean-Pierre Gillain will be extradited from California to Louisiana where he will stand trial for his crimes there. Although he is being held without bail on a fugitive warrant here in California until he is turned over to Louisiana authorities, there’s a chance that bail will be set in Louisiana. If Jean-Pierre Gillain makes bail, he will continue to fight for custody or visitation with my son. Yes, this man is in jail pending extradition and trial for raping and sexually abusing my son, and yet I am still fighting for custody and to protect my son from his abuser. I still have to continue raising funds for legal fees to litigate for custody and protection in family court. Raising funds is still an urgent matter and I ask for your continued support.

I want to thank each and every one of you for your posts, your messages, your donations, and for sharing your truth about the abuse you suffered. I believe you. The authorities in Louisiana believe my son.

Please continue sharing my posts. Please donate today if you can. The arrest was a big step, but we have a ways to go until Jean-Pierre Gillain is convicted.

There are more witnesses. There are more victims. If you or anyone you know is a victim of child sexual abuse by Jean-Pierre Gillain (JP Gillain), please call or email Paramount Investigative Services www.licensed-investigator.com at (877) 456-7726 immediately and they will make sure your information is given to the appropriate law enforcement agency. Here are a few (but not all) states with information where other victims of Jean-Pierre Gillain may be located  - California, Louisiana, New York, Arizona, Nevada, Washington, South Carolina, Hawaii. Additionally, Belgium, Thailand, the Netherlands, France.

Thank you again for supporting Believe The Child!
*****
OCTOBER 25, 2019 - Many of you have messaged me asking why you haven't seen me lately, on TV or on social media, and here is why:  I have been taking care of my seriously traumatized little boy full time, while also fighting a custody battle to keep him safe. Last October, after years of emotional issues that I did not understand and that baffled doctors, my son began to reveal that his father had been sexually molesting him on a regular basis for as far back as he could remember.
Eventually, after many court hearings and months of professional trauma treatment, my little boy was strong enough to report his father's crimes to law enforcement. My son's abuser told my son that no one would ever believe him.
We believe him.
Investigations are underway but they take time. The family court orders protecting my son are only temporary. My son's father is actively seeking to obtain custody even as he is being investigated for sex crimes against his own son. To win that fight costs a lot of money. I have spent every penny on my son's treatment and on legal fees and costs to protect my son from his abuser. There will be a trial soon and I do not have the funds for the experts we need to testify and all the many costs of this massive fight. Any donation helps. Even a small amount makes a difference.
Incestuous child sexual abuse is a private crime that is only witnessed by the victim and the perpetrator, so it takes a lot of resources, time and expertise to reveal it and then stop it. Even when children disclose the abuse to law enforcement, it is often too difficult to prosecute. It is up to me to present the evidence to the family court for permanent orders to protect my son.
Once permanent orders protecting my son are in place, and the costs are covered, I will dedicate the remaining funds of this campaign to establish the Believe The Child Campaign non-profit that will provide legal services and treatment for other children in this situation. This is why all the funds collected in this campaign are being received and managed by my attorney and will only be paid out for costs associated with protecting my son, and not for my personal benefit. I am so grateful that I have caring fans and the ability to ask for help. So many other mothers and abused children in our shoes have no one. Saving my son will be only the beginning. #BelieveTheChild #WeBelieveYou #1in6 #VictimsToSurvivors #HimToo  BelieveTheChildCampaign@gmail.com
Activity highlights See all348
NEW Thank you emails can now be sent directly from the Transactions page.
Alternatively you can still leave a comment here.

Zoe McLellan hasn't posted any updates yet.
Newest | Oldest
Show more
NEW Thank you emails can now be sent directly from the Transactions page.
Alternatively you can still leave a comment here.

Zoe McLellan is managing the funds for this campaign. The campaign is for a personal cause.