Please give hope to Rose!!
Contribute
Campaign extended! Our deadline has passed but you can still help. ✕

No thanks
Please give hope to Rose!!
✖
Gallery (2) 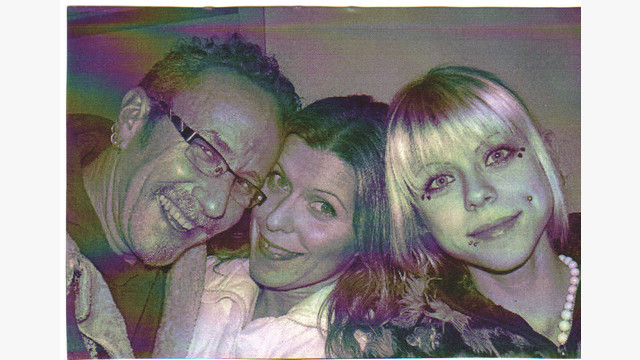 Well I got some pretty exciting news yesterday! As many of you reading this know, I have been battling to try to have Liquid Hope tube feeding formula (which is organic, whole food) approved by Health Canada to be sold in Canada so that the Ministry here in British Columbia (as well as the rest of Canada) can fund it for people on disability and other programs.

The news was in an email from the Manager of Regulatory Projects for Health Canada in which she said, “ I have excellent news for you! Robin said that they will be able to make a few adjustments to the formulation of Liquid Hope and will have to re-label their products for Canada and the product should get approval for sale in Canada sometime in the new year.”

Robin is the founder and CEO of Funtional Formularies, the company that makes Liquid Hope, so you can see why this is a big deal!

Many of you may also know that my daughter Rose was on Liquid Hope for about a year and a half and just recently we made the tough decision to put her back on commercial formula (which is made of corn syrup, maltodextrin and chemicals amoung other things) because we just couldn't afford the $1500 a month for Liquid Hope. We also had hoped that because the commercial formula we switched to is an elemental (completely broken down) formula, she might absorb it better and gain weight (something we were told by doctors.) Well that is not what happened. In fact she has lost weight and is now only 60.8 pounds-at 5'5” tall.

We desperately need to get Rose back on Liquid Hope and yes, it will be free for us hopefully early in the new year, rather than later, but at her current weight and the fact that she lost the weight just in the past few months we need to do it now! I want to be optimistic about this change with Health Canada happening quickly, but these sorts of things usually take quite some time.

I hate to be here asking for help yet again and especially at this time of year, but I feel I have no choice as a mother trying to save her daughter's life. If you can spare even a dollar or two it all adds up and sharing this story helps too! I just hope we aren't too late.

For anyone that would like to read Rose's whole story you can find it on Facebook. Just go to Facebook and search: “Fight for Rose.” When you get to the page, scroll down a bit just past the photos and video and her story is right below.

Thank you and all the best of the season to everyone.

Activity highlights See all64
NEW Thank you emails can now be sent directly from the Transactions page.
Alternatively you can still leave a comment here.