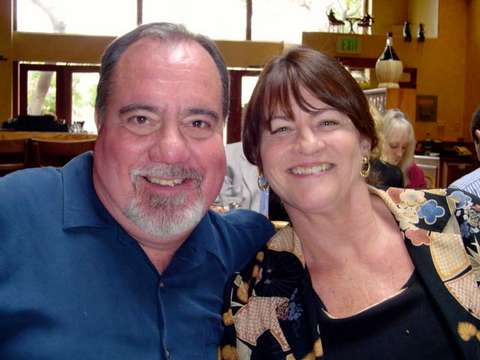 $5,437 raised
90 contributors
9 Years running
Contribute
By Rachel Alonso
Are you friends?
Personal campaign Keep it all

This fund is being set up for Lynn Alonso, due to the sudden, unexpected passing of her husband Tim Alonso of a heart attack on 10/14/2012 -- two days before their 29th anniversary.

Tim was the sole breadwinner for the family, and Lynn is currently in recovery from breast cancer. Rather than flowers and cards, the family is requesting financial contributions to help Lynn after her husband's death.

My name is Rachel Alonso (Lynn's daughter), and I'm using Fundrazr for the first time in the hope to reach out to friends and family who may be interested in helping out. My plan is to pay off my family's outstanding credit card and automobile debt, then set up an official fund so my mother can have financial security in the coming years. Please contact me at rachel.m.alonso@gmail.com if you have any questions.

Official Obituary:
On Sunday morning, October 14, 2012, Timothy John Alonso very unexpectedly went home to be with the Lord. Born on February 25, 1951 in Pasadena, CA, Tim moved to Santa Barbara to attend college and never left. Family was the most important thing to him: his wife, Lynn, adored him, and their 29th anniversary was two days after his death. He is survived by Lynn; daughter, Rachel; son, Micah McCabe; brother, Pablo; and father, Enrique.

At the time of his death, Tim was working for Evergreen Trust Company and felt he had finally found the place he should be; in the past six months, he was happier and more content with life than he had ever been. A very loving man who will be greatly missed by many, his wife wants the world to know that she will miss her Wimmies more than words can ever say.

Rachel Alonso is managing the funds for this campaign. The campaign is for a personal cause.