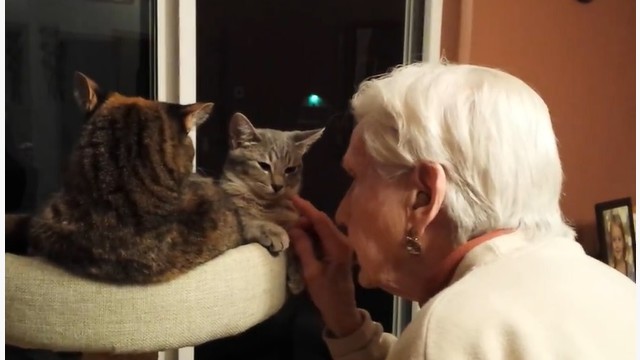 By Anne Sullivan
Are you friends?
Personal campaign Keep it all
Ewing Township, NJ, US 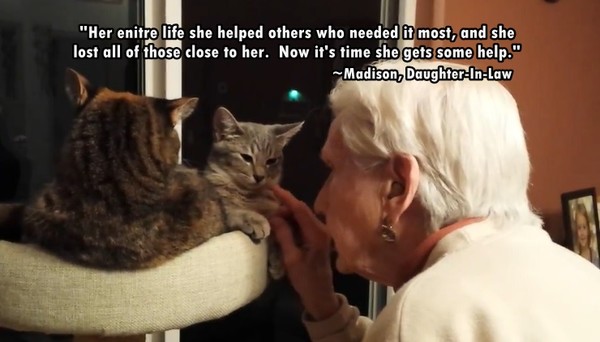 Hello and God Bless to all of you who took the time to read this touching story. My name is Madison, and I am writing down this story to help my Mother-in-Law and just a wonderful all around person, Anne Sullivan and her little kitty, Florence Nightingale. Bear with me so I can tell you about Anne and her exploits saving soldiers lives so that you can see just how important her situation is.

Anne was born in 1936 and in 1965 she volunteered, through the American Red Cross, to fly to Vietnam and help soldiers who were being air-lifted off the battle fields by Helicopter after Helicopter. At this point Anne was already a nurse, but she know that they needed all the hands and help they could get to bring as many of the boys home that she could, alive. In 1965 she was “stationed” (I put this in quotes because she always tells me that she was not in the military, that she was never as brave as those souls and her place was to help the soldiers and the doctors) in Ward 19 Medical Intensive Care, then in the 93rd Evacuation Hospital, and finally in Chu Lai in 1970, at the 91st Evacuation Hospital. She told me of some of the horrors that she had witnessed and how many times he cried herself to sleep whenever they would get a break. Yet she never once wavered in her dedication to all of her patients, the wonderful soldiers who sacrificed so much when asked to.

When she left Vietnam, with all the horrors and miracles locked in her head, she thought it only fitting that she spend her nursing career as a VA nurse, to continue to serve those who have served the United States. And so she did this, only taking breaks to get married to the love of her life Colin, in 1972 and have 2 wonderful boys, Daniel in 1974 and Raymond in 1977. Anne worked year after year taking care of soldiers and teaching her children good values by working at the soup kitchen nearly every Sunday. Her first son, Daniel, entered the Military, much to the torment of Anne. He was a fine young soldier, but was unfortunately taken from us during a skirmish in Afghanistan in 2008. This trauma, plus a body slowly withering from arthritis forced Anne into retirement in 2009. In 2010, her husband, Colin, was taken from this world following a horrible battle with colon cancer.

This is where I come in. I married Anne's other son, Raymond, in 2005. In there winter of 2011, Raymond was driving home from a long day of work and was struck head-on by a drunk driver who had veered into oncoming traffic. We were told that he did not suffer, that his spine was severed instantaneously. I was 1 month pregnant at the time, and I unfortunately miscarried. Anne has buried her husband, her 2 sons, scores of soldiers that she has known over her lifetime. Yet she has no grandchildren, no one left to take care of. Anne lives on her own in a small house, and I go by to see her daily to help tidy up and prepare meals for the day. Sometimes we will sit and talk or play cards but most of the time she would prefer just be there alone with her cats.

Anne's passion now is her cats. She has 3 in total: Florence Nightingale, Jane Delano, and Lillian Wald, all named for famous nurses. She loves these cats like she loved so many others in her life. She makes sure they are the most spoiled creatures in the world, yet just like a nurse, she is firm in her boundaries.

One of the cats, Florence, began to develop an issue where she would salivate quite a bit and had breath that was not pleasant. We took her to the vet and they noticed right away a “growth” under her tongue. It is called Squamous Cell Carcinoma and they took her back for an x=ray. From what the doctor says, it is fairly common in cats and in not generally something that will spread to other body parts, but it will need to be removed otherwise it will continue to grow and suffocate her Fortunately, after looking at the x-rays, they said that it hadn't fully grown in to the bone of the lower jaw and that there would be no problem removing it along with some gum and bone. The good news is, that be doing this she will be back to normal and it is not likely to come back because they would be able to get all of it. Anne is beside herself. These little cats are her children now and the alternative to getting the surgery is obviously not an option. She is on a fixed income and that's not going to change. I paid for this past vet's visit, and with the x-rays, I was surprised at the cost. When I saw the estimate for the surgery, my jaw almost hit the floor. However, I told Anne that I had donated to a cause at the end of last year for a dog who has hit by a car and that they had raised the money necessary for his surgery, that I would try and do the same thing. 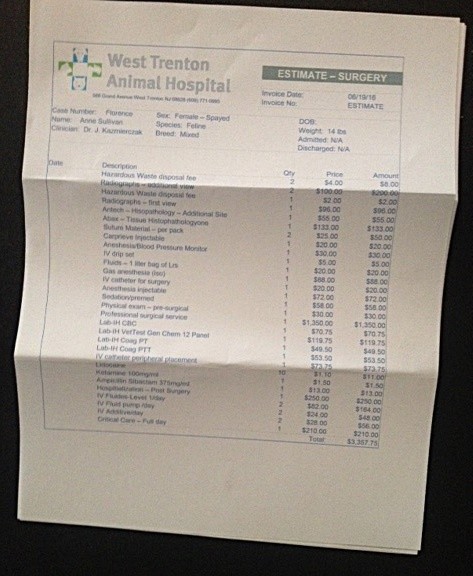 So here I am, helping out truly the best woman I have ever known. I will not let her experience the grief of losing anyone else if I can possibly help it. She was my rock during Raymond's death, and I will be her rock now. Please, if you are able, help out Anne and Florence. I have a little time to raise the funds, but each day is more and more uncomfortable for Florence.

Thank you all for reading this, sending prayers if you can, and sharing this so others can read Anne and Florence's story.

Activity highlights See all63
NEW Thank you emails can now be sent directly from the Transactions page.
Alternatively you can still leave a comment here.

Anne Sullivan hasn't posted any updates yet.
Newest | Oldest
Show more
NEW Thank you emails can now be sent directly from the Transactions page.
Alternatively you can still leave a comment here.

Anne Sullivan is managing the funds for this campaign. The campaign is for a personal cause.