Thank you everybody. Our campaign is now over. ✕
Help a Warrior
✖
Gallery (7) 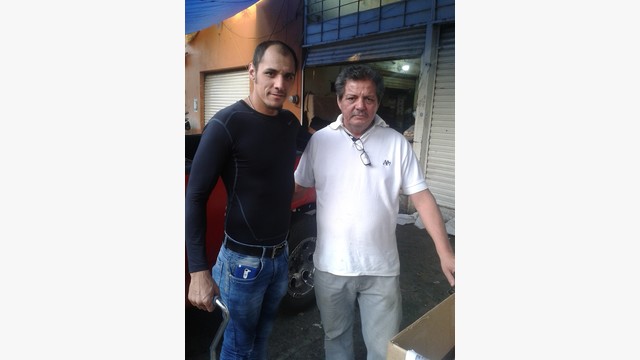 32 year old Mexican boxer Guillermo Herrera Campos, married to Ilda Raquel Medina Abundis, father of 2 children, Angel 13, Christopher 9. Boxing at the charitable event The Shaw Festival which supports the development of Theatre Arts in Canada for 31 years.  At the event Guillermo was a warrior, went the distance with Canadian boxer Shakeel Phinn for 8 rounds but collapsed at the end of the fight and was taken to St-Michael's Hospital in Toronto.  He has suffered a brain injury and the prognosis is unknown still.  This will be a long process of rehabilitation and recovery for Guillermo.  Donations are being sought to raise money for medical bills, rehabilitation and to support his family in Mexico.

Guillermo is in great spirits and is positive for his recovery, his wife and family in Mexico is hopeful and grateful to the people of Canada for the support which has been given to him.  He's a fighter but he is down right now and with your help he'll get back up again!

Activity highlights See all62
NEW Thank you emails can now be sent directly from the Transactions page.
Alternatively you can still leave a comment here.

Guillermo's hasn't posted any updates yet.
Newest | Oldest
Show more
NEW Thank you emails can now be sent directly from the Transactions page.
Alternatively you can still leave a comment here.

Rey Morales is managing the funds for this campaign. The campaign is for a personal cause.