No thanks
HELP Jack "the Bull" Terrier
SubscribeUnsubscribe
✖
Gallery (1) 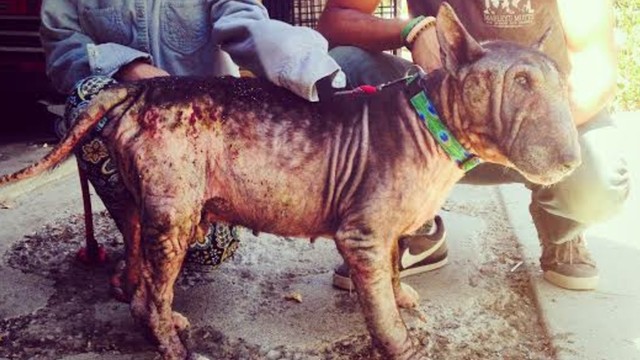 Jack is a Bull Terrier that I literally found laying in the middle of the road. He is suffering from serious condition(s) that need extensive treatment and follow through. We have been doing everything we can to treat him and he is gutting much better. However, there is much more at work here than simple allergies. Whatever his affliction, its literally killing him and we need to investigate, diagnose and treat until its solved. Help us get Jack "The Bull" Terrier back on his feet!
Jack is a Bull Terrier who has seen better days, but we are going to resort him to glory. I stubbled upon him laying in the road on my way back from a run. He was exhausted, unable to move and obviously suffering from a a serious condition or combination of ailments. His skin is horribly infected and his hair has all but fallen out. He also has a fungal infection which causes him to emit a very pungent oder. His owner showed up right as I did and she explained to me that he has some serious allergies that have been hammering him for a few months. Despite her efforts to treat him with recommended med and dips, he continued to get worse. I felt it destiny that I happened upon him and decided to ask his parents if we could take over his care and try to get him back on his feet. hack is allergic to a variety of foods and elements and, well, stuff, much of which was present at his current living situation. So, the best thing we could do was to bring him up to the rescue and get him to a specialist to administer the best care we could. We have had scratch test, biopsies, blood work and full evaluation to get to the bottom of what his true affliction is and we should have word back in a few days from the veterinary report. We have been treating him, with great success for the past week or so and he is getting better. Baths every other day with special shampoo and administering new meds consistently has really paid off. For the first week or so, he barely moved, but has shown vigor and life of late, which gives us great hope that we can return him to his former glory-- a stud muffin bull terrier! He is in bad shape and his treatment will take months. The next step is to take him to a dermatologist as soon as he is "live" enough and see if we can't expedite his recovery. He is a sweet should and I honestly believe that when I met him, he was wondering away to simply die. Not so fast, pal, we can help!

**any funds raised in excess of Jack's expenses will go to help other dogs at Marley's Mutts Dog Rescue. 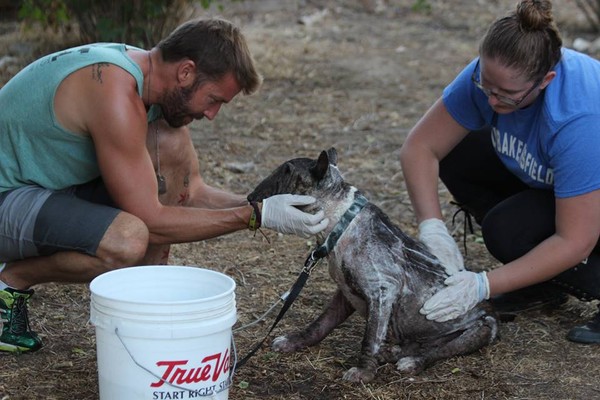 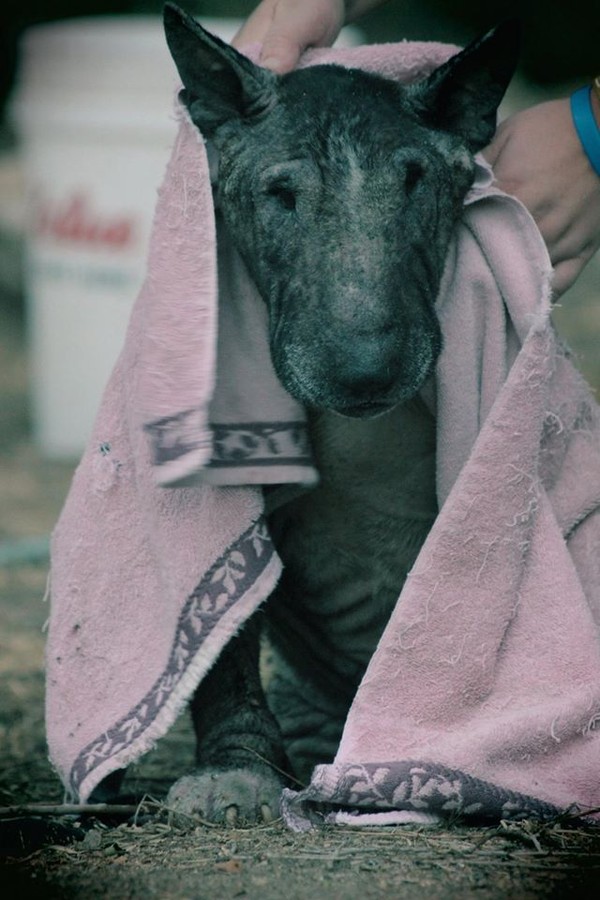 Marleys Mutts is managing the funds for this campaign. The campaign is for a personal cause.