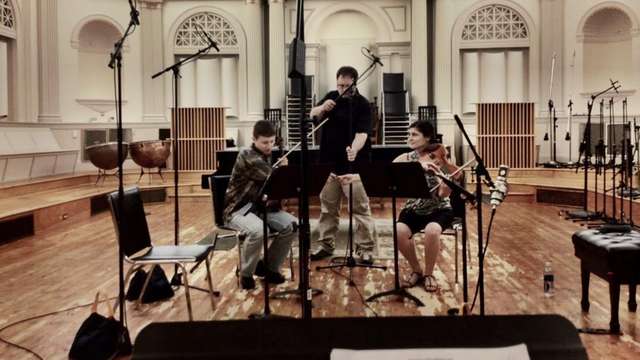 Summer 2012 saw the successful funding and recording and producing of Sarah's original work for string quartet, "Anima Mechanicae: Soul of the Machine." This NEW upcoming album will be Sarah’s FIRST solo debut album, encompassing her original works exclusively, in collaboration with PARMA’s expertise!

It is slated to be assembled piece by piece before its final release; we’ve already got plans to record three works this year! Professional violinist and concertmaster of the Moravian Philharmonic Orchestra in Czech Republic will be in Boston to record two of my works -- “Counterpoint Invariable” for violin trio and “Gypsy Wanderer” for violin and piano. This summer, the Moravian Philharmonic will be recording sessions of orchestral works, and my chamber strings work “Adoré” would be scheduled as one of the pieces to be recorded and brought to life by 34 strings in the Czech Republic! Also to be included on the album would be my immensely popular string quartet “Anima Mechanicae” which was recorded by the New England String Quartet in Boston and is included on the album “ALLUSIONS” to be released this August.
To make this happen, I need to raise $20,000! This will cover the 10 hours of recording studio time for these three compositions, with the professional musicians which PARMA has allotted for these works, as well as the artwork, the distribution, and worldwide marketing of these three compositions, as a part of the entire album.

Sarah Huff is managing the funds for this campaign. The campaign is for a personal cause.