No thanks
Support needed for baby Rottie
✖
Gallery (4) 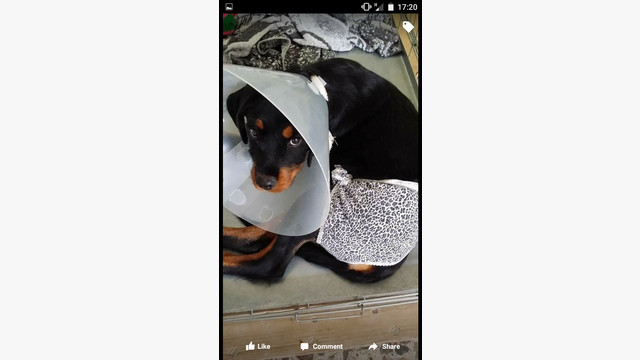 Sulant was found on the streets as a three month old puppy, a lady contacted Lynn judge and asked she could help. At the time we thought it was a little boy and called him Trigger. Sulant could barely walk, dragging one leg behind her and do was taken immediately to the vets where it was discovered she had a broken rib and her hip was broken in four places, poor baby. The vet said to cage rest her until she was older, there was nothing could be done. However she was taken to see a specialist who said she needed immediate surgery to release her leg from the socket. She has had that first surgery at a cost of 465 euros and is recovering quite well. We have so far 195 euros so she needs a futher 270. Paypal address is elleeejay@msn.com reference SULANT. Many thanks and sloppy kisses from Sulant xx

Activity highlights See all0
YOU can put this campaign on the path to success. Be first to contribute
NEW Thank you emails can now be sent directly from the Transactions page.
Alternatively you can still leave a comment here. Marlene Horn hasn't posted any updates yet.
Newest | Oldest
Show more
NEW Thank you emails can now be sent directly from the Transactions page.
Alternatively you can still leave a comment here.

Marlene Horn is managing the funds for this campaign. The campaign is for a personal cause.