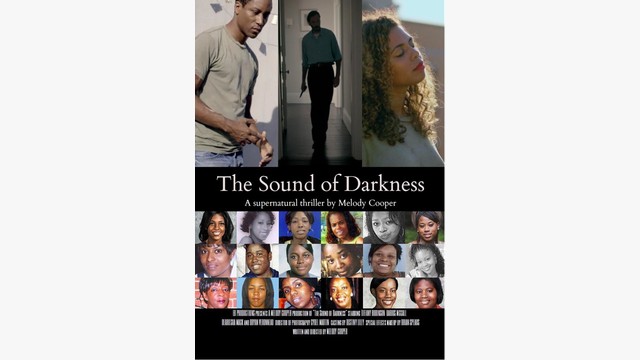 $3,251 raised 50% of $6.5k goal
37 contributors
4 Years running
Contribute
By Melody Cooper
Are you friends?
Personal campaign Keep it all
New York, NY, US

I directed a short film based on my feature script THE SOUND OF DARKNESS, which was chosen for the 2016 Meryl Streep Writers Lab, and AMC Networks Shudder Labs. The film is based on the fact that 64,000 Black women and girls are missing in the U.S. No one is paying attention and the media is not helping to find them.

THE SOUND OF DARKNESS is a supernatural thriller about a Blind Afro Cuban musician and a Deaf Black American sculptor who are haunted by a woman only they can see and hear. As they fight a legacy of White Supremacy, they are in a race against time to save a missing girl.

The film is a 15 minute Proof of Concept to submit to festivals like Tribeca and Sundance, and generate interest in production of the feature length version. I'm an award-winning screenwriter (2016 Winner of the Women in Cinema International Screenplay competition; 2014 Third Place Slamdance).
I am partnering with the The Black and Missing Foundation, to raise awareness through the film. My cinematographer is a Black woman, and I hired a largely female crew for the August shoot.
Below is a new and rough cut teaser trailer straight from the film:
Shudder Labs has generously provided a $5K grant towards production costs, and I now need funds to meet the costs of POST-PRODUCTION for color, sound and picture edit. I'm asking you as a lover of both film and important social causes for donations to help me make this happen. THANK YOU! 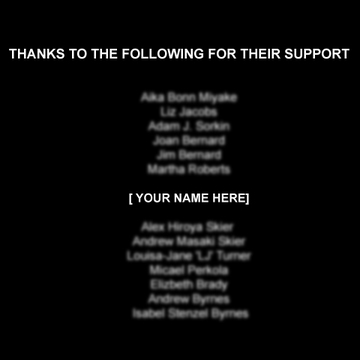 $75 USD
Thank You credit on screen
A $75 donation gets your name on the screen to be seen at festivals and screenings nationwide!
More ... Less ...

Melody Cooper is managing the funds for this campaign. The campaign is for a personal cause.