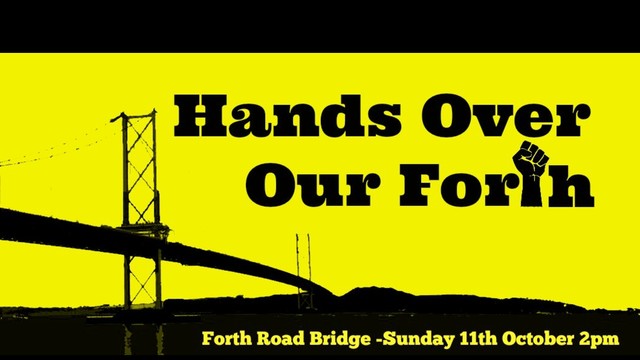 Hello  to everyone who has taken the time to look at our funding request :)

Who are we?  We are a diverse collection of community and regional action & campaign groups, from all over Scotland and the UK - not affilliated with any political party - who have been actively campaigning, to demand that the Scottish and UK governments enforce an all-out ban on all UGE processes, including UCG.

Raising funds for campaigns,"Hands Over Our Forth", a family friendly event where communities from across Scotland will span the Forth Road Bridge in an act of unity. Standing together we will call on our SNP leadership to:·

We are placing a spotlight on underground coal gasification a process which ignites coal seams to extract a syngas.  Coal seam fires cannot be regulated and elsewhere have been left to burn indefinitely. The Forth Valley densely populated, faulted and with extensive underground mine workings is not a suitable location for this type of industry.

The first duty of any government is to protect its people.  Scottish Citizens cannot be used as guinea pigs for an unproven industry with a history of failure causing serious, irreversible environmental harm.We would like to thank community groups across the UK, Europe and as far afield as Australia who will be joining us or hosting similar protests in support.

We invite you to stand with us in making our call.

Please refer to the 6-minute video, shown, from frack.off.org which is an excellent visual to explain what UGE processes are and how they are a hazard.  Evidence-based research has proved that these unconventional mining methods are not only hazardous for our environments but also very dangerous for our health and well-being.

Why is this so important with regards to the Firth of Forth?

What is Underground Coal Gasification (UCG)?

Underground coal gasification (UCG) is a process of Unconventional Gas Extraction, similar to the more well known “fracking”. UCG converts coal into gaseous fuel. Pairs of wells are drilled to access coal seams: one to partially ignite the coal using oxygen or steam, and the second to extract the resulting gas.

Why is this an issue in the Firth of Forth?

There are large reserves of coal in seams under the Firth of Forth, inaccessible to traditional mining techniques. It’s this coal that was mined from the collieries on the Lothian and Fife sides of the Forth for hundreds of years. The coal Authority has sold the licenses to this coal to private companies. This industry will directly affect everyone who lives and works around or cares about the Firth of Forth.

This is an unproven technology, considered to be far riskier than fracking. The risks of severe environmental damage are high. There can be poisonous leaks and subsidence. This could risk public health in our densely populated area. Scotland’s coal seams are already heavily faulted and mined, increasing the potential for risking ground water contamination, leaks, underground coalseams that have been ignited & physically inaccessable to extinguish and major subsidence, already occuring in other locations where this process has been tested onshore.

Our Forth - a collection of community groups from around the shores of the River Forth...and beyond - have joined forces to campaign against all process of Unconventional Gas Extraction.  In the following link, you'll find a recently made video - created by community groups around the Forth - about the risks of UCG and a lot more of what the group is currently doing to help. http://www.ourforth.org/

Why we are doing this now...It is our collective aim to further urge the governments to take heed of what other worldwide countries are doing, imposing all-out bans on all of these processes.

People from these groups will be joining forces on Sunday 11th October at the Forth Road Bridge. We will actively demonstrate to the Scottish Government, that UCG (Underground Coal Gasification) must be included in the current moratorium, from which it was omitted in the January 2015 statement, made by Fergus Ewing, SNP minister for business, energy & tourism. It was absent from his statement as the process is ostensibly offshore and under the remit of Westminster. However, basic foundations, buildings etc need to be onshore, making it the jurisdiction of Scotland. We are demanding that for the time being, UCG be included in the current moratorium.

From then on, we will be demanding that the Scottish government do as other worldwide countries have done, impose an all-out ban. We have the support of the Broad Alliance; an umbrella organisation of a varied number of community action groups and regional action groups from all over Scotland and south of the border. We are also supported by other nationwide organisations who are also opposed to these UGE processes. We need your financial support to help make this and future events, possible. All donations will go to financing every aspect of the co-ordination of this event and any monies left over will be used to fund further campaigning for these UGE issues.

People from all over Scotland and further afield will join us in standing on the Forth Road Bridge, from North Queensferry side in Fife to South Queensferry side, holding hands in solidarity. In order to do this, there will be at least 1800 people on the bridge so it will be a big event, covered by all kinds of media.

We want to make a hUGE (halt UGE) statement and not allow our government to ignore the public outcry and opposition to these processes.

Your support is needed at this family-friendly event, organised by and for Scottish Communities, please help with donations if you can and if you’re in the area, come along and join us. Bring your family, friends and neighbours. Hope to see you all, there.  Thank you!

TRANSPORT (return fares payable on the day) AVAILABLE .....please get in touch via email hoof4fof@hotmail.com for details. 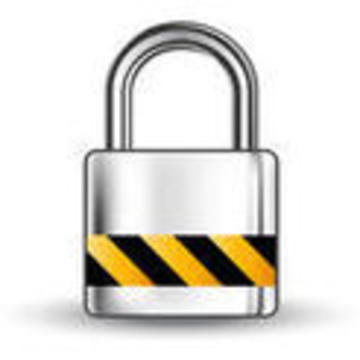 £2
Badge of Appreciation
A super pin-badge to show that you played a KEY hand in this hUGE campaign. Only available to participants and donors. Undisclosed design due to copyright. You'll love it!
More ... Less ...

Anti UGE Groups Scotland is managing the funds for this campaign. The campaign is for a personal cause.