Thank you everybody. Our campaign is now over. ✕
D2Moddin: Custom Game Mode Platform
SubscribeUnsubscribe
✖
Gallery (2) 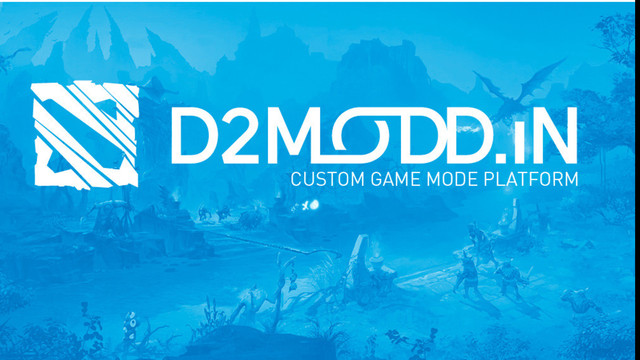 Dota 2 is a multiplayer online battle arena video game and the stand-alone sequel to the Defense of the Ancients (DotA) mod.

D2Moddin is an effort to return to the roots of Dota 2 as a mod, allowing thousands of players to easily play unofficial custom game modes created by the community.

We as developers are unable to pay the quickly rising costs of maintaining this server network, and accept contributions from the community to help keep the system alive.

Currently we host ten game modes on D2Moddin (and are adding more as they are completed):

Your contributions will go towards the continuation and expansion of our existing server network. With upcoming features such as matchmaking, leaderboards, and a competitive scene, you will help to make Dota 2 modding as prominent as custom modes were in the WC3 days. They will also go towards supporting the developers that make this project possible.

We are not affiliated with Valve, Blizzard, or any other third party organization.

Christian Stewart is managing the funds for this campaign. The campaign is for a personal cause.