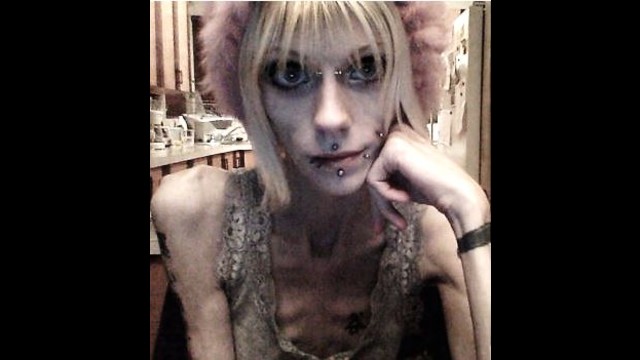 By Tani Schwarz-Gilbert
Are you friends?
Personal campaign Keep it all
Sechelt, BC, CA

My name is Tani. My 26 year old daughter Rose was a healthy, normal girl until things started to change when she was fourteen years old.  Currently she is only 66 pounds (at 5'5") and we are trying to raise money for a new tube feeding formula called Liquid Hope and treatments with an Integrative medical doctor that we feel will improve her health greatly.  Please read Rose's whole story below to find out how things got to where they are and to understand the complete picture of the situation.​

In addition to raising money for Liquid Hope we are also want to take Rose to an Integrative medical doctor in Vancouver who comes highly recommended.  Several months ago Rose saw an endocrinologist and had extensive hormone testing as well as a bone density scan.  It was suspected that her hormone levels would be totally out of whack due to her extremely low body weight for so many years and considering she hasn’t menstruated since she was 14 years old. It turns out that some of her hormone levels are so low they can’t even be measured on the blood tests!  Rose also has the lowest bone density that the endocrinologist has ever seen which means she has severe osteoporosis.  Because Rose is so young, the endocrinologist did not feel comfortable putting her on synthetic hormones and suggested bio-identical hormone replacement therapy (BHRT) instead, but explained that the treatment is not covered by MSP and is very expensive. Here is a brief description of what BHRT is:

The term “bio-identical hormones” was coined to describe a hormone that is the exact same molecular structure as the hormone naturally produced by your body. It is “Mother Nature’s” design as opposed to the synthetic hormones created by pharmaceutical companies. A bio-identical hormone may be synthesized in a lab, but care is taken to create a molecule that is identical in structure to the natural form of the hormone. Substrates such as soy or wild yam are used because they happen to contain substances that are easily changed into the desired bio-identical structures.

The integrative MD that we want Rose to see is an expert in BHRT as well as many other therapies that could benefit Rose as she tries to rebuild her health and we want to be able to go ahead and try everything she believes could help. This of course could be very expensive.
​
​Our goal is set at $8,000. Please donate what you can and help us make 2015 the year that things finally turn around for Rose!!


Time is of the essence. This is literally a matter of life and death.

Activity highlights See all98
NEW Thank you emails can now be sent directly from the Transactions page.
Alternatively you can still leave a comment here.