Thank you everybody. Our campaign is now over. ✕
Help us support Kaerla through D's health crisis
✖
Gallery (23) 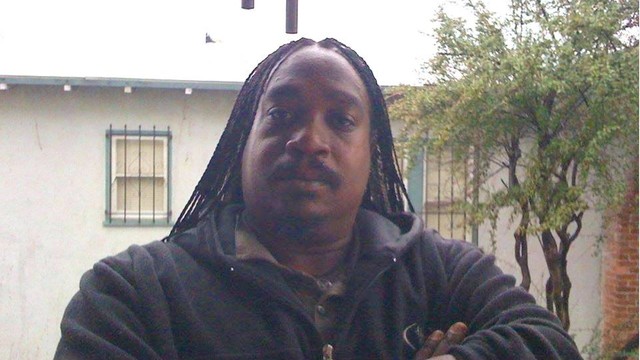 Many of us have known, worked with, created with, learned from, and told stupid jokes with Darrin Barnett and Kaerla Fellows for years. They are a part of our community and our lives. We been through the ups and downs of Darrin's health and held our breath while he pushed through another crisis. We hoped that Thursday morning's new event would work out the way the others hand. Darrin was at the ER, not doing well, but the doctors were on it and soon he would be okay and we'd be back to joking with him about something silly.

"EMTs arrived at the house this morning for what has become an almost "routine" call: exacerbated asthma, responding mostly well to CPAP treatment en route to the hospital where he'd get a breathing treatment, rest up a little, then be sent home. We've done this a few times since his heart attack last July and while it's always scary, it's also become... routine.


Today, as the EMTs were trying get the mask on him, his heart stopped. They revived him in the rig. It stopped again - I don't remember if it was in the rig or at the hospital - and it took them 23 minutes to revive him. If I remember correctly, it stopped again, and it took almost 40 minutes to revive him. That's no oxygen to his brain or his organs for about an hour.


CT scan did not show a clot on his lungs but did show brain damage. His attending physician described the 3 levels of brain activity which I can't remember now and he doesn't have any of them. He's just... not there. It's not a coma, it's something like "atoxia", maybe, I don't remember the technical term. And while he could come back from this, his team... told me that the chances are better of him not coming back than they are that he will.


For all intents and purposes, he's on life support right now and literally anything could happen in the next 24 - 48 hours."

While we light candles and wait, the discussion has begun of how to help Kaerla. She and Darrin had been in the midst of a planned move to Oklahoma City, OK to be near his parents. They're up to their necks in the work of packing and prepping the house and themselves. All that still needs to be finished since the house itself has been sold. The move out date is June 14th. And if the worst happens and we don't get our Darrin back, then there are things to assist Kaerla in dealing with a life without him.

Plans are in the works to help with getting the rest of the packing done and the house cleaned out. Other folks are looking at options for the pets who will need a new home, at least while everything is up in the air. Kaerla herself has a place to crash for the time being, and more options are being worked out for down the road.

*update - the pet situation has been worked out, they will be staying with friends, safe and sound.*

The next big thing, as always, is financial. Many people have already offered, and given funds through Kaerla's paypal account - and that continues to be an option for those who prefer.  With this fundraising account we are hoping to centralize information and Kaerla's access to the funds people wish to donate.

With Kaerla's permission I am setting up this account on her behalf. We have determined that she has two levels of financial need.

This will cover living expenses, bills, and school supplies/books for five months, at which time funds from her inheritance are expected to be made available to her.

Darrin and Kaerla undertook a bathroom remodel of the house they were living in. That work is done but not paid off. Because of the agreements around rent and use of the house (owned by Darrin's mother) these fees are the responsibility of Darrin and Kaerla and not covered by the sale of the house.  Whatever funds over the initial $5K that are raised will go to helping pay this debt off.

Whatever we can raise will help her get some peace and security in a tough time.

We are sorry to say that Darrin passed away on Sunday June 10th, further details are in the update section.

A memorial service being planned for the Bay Area on Saturday August 4, 2018. The location is still to be determined. We will post more information as it becomes available.

Kate MayGlitter is managing the funds for this campaign. The campaign is for a personal cause.