Thank you everybody. Our campaign is now over. ✕
Template Geometry SALE
✖
Gallery (2) 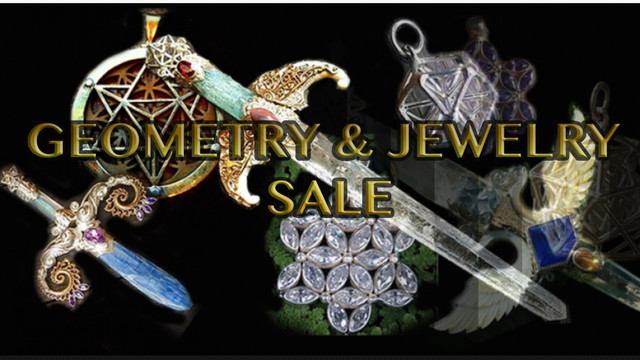 Thanks for engaging with this fundraiser.

The Ambulance that picked her up had a deal going with the local hospital and would not take her to the western run hospital down south that she requested. Juliet is a nurse and was not comfortable with a few protocols that were not met...and some downright obvious mistakes. However Ceremonies were about to begin and she decided to go ahead and hold them . Halfway through the Ceremony days the pain worsened considerably and she felt not only was the cast wrong and crushing her ulna bone, she felt the Radius had come out of alignment. After Ceremonies we got her to BIMC in Nusa Dua. A bone was disconnected and her wrist crooked. The wrong kind of cast had been used. It didn't help that instead of resting she had been working 9 days straight, holding 11 Ceremonies. Not to mention the 3 days preparation. Although Jules didn't want to succumb to a metal insert it became clear that it was now the best, if not the only, option. Too much time had lapsed for a true set. BMIC has a great reputation. She has had a high quality titanium plate and screws from Switzerland fitted. This plate should integrate with the bone structure.
Unfortunately the western run hospital did not recognise the insurance that came with our working visa and the costs come to Rp 120 million...which is just under USD$10.000.
To cover the costs we are going to hold a geometry sale. 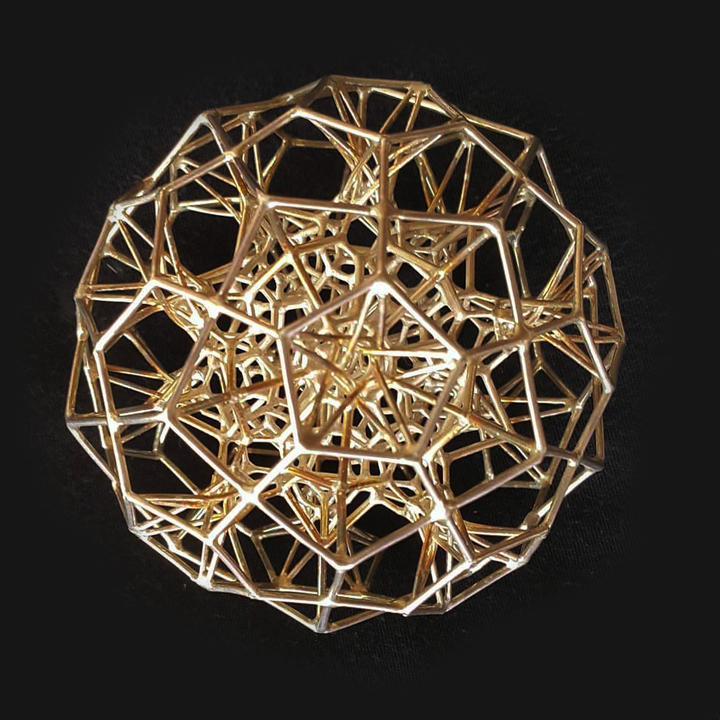 when i posted this [ here on FB] the 888 was US $ - so when i put it on the Fundraiser [ which was in AUSSI dollars } i realised that would be 1,170 Aussie I wanter the triple number so i went for 999 - this is a big drop in price - BUT NOW because its the last thing unsold on the fund raiser [ we are over our goal thanks to all of you ] i am going to offer it for $888 Australian but i will end the FR in a couple of days - SO MUCH LOVE AND GRATITUDE TO YOU ALL !!!! 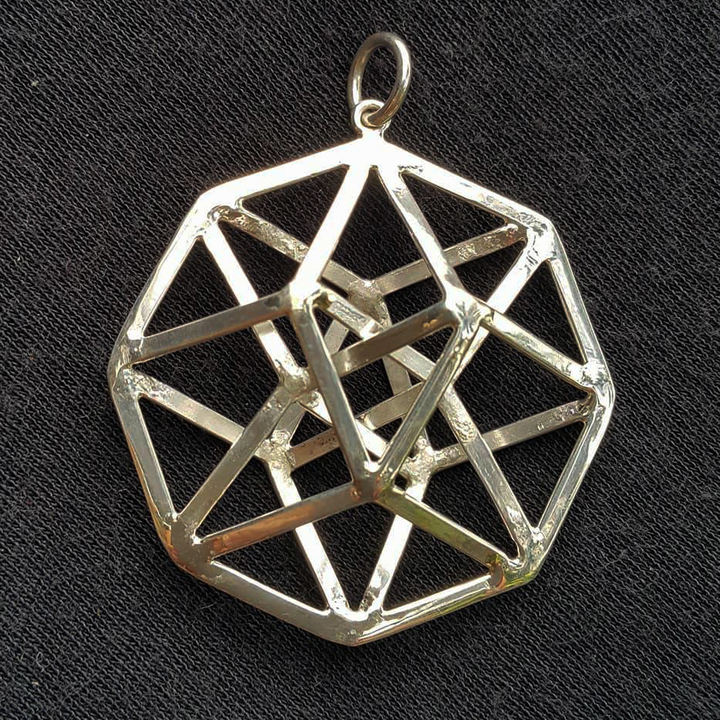 Sold out
$45 AUD
HyperCube silver
This is our new Hypercube the first one has a vortex that all the cubes manifest through - this one has the cubes merging through each other - energetically they work the same just a different visual expression - this one is also made of flat wire so its easier to see the cubes.
Read more
More ... Less ... 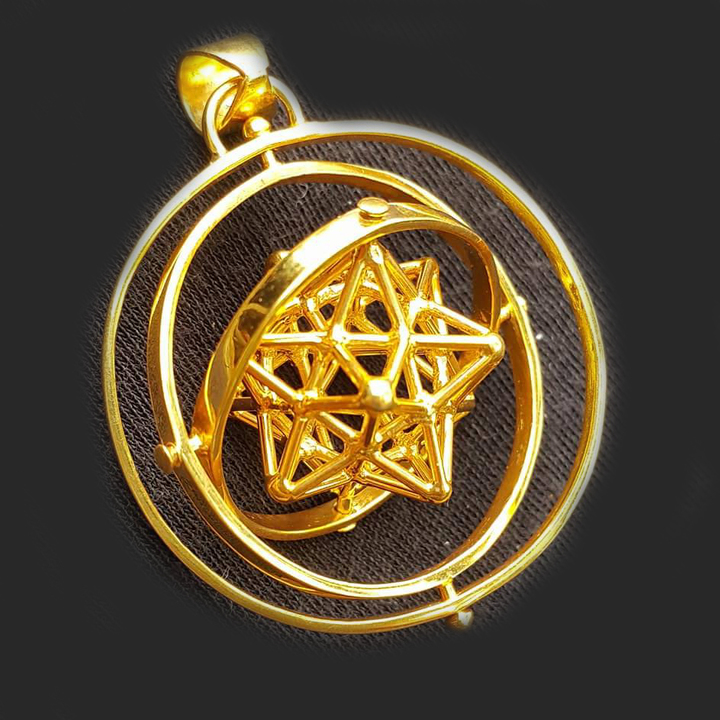 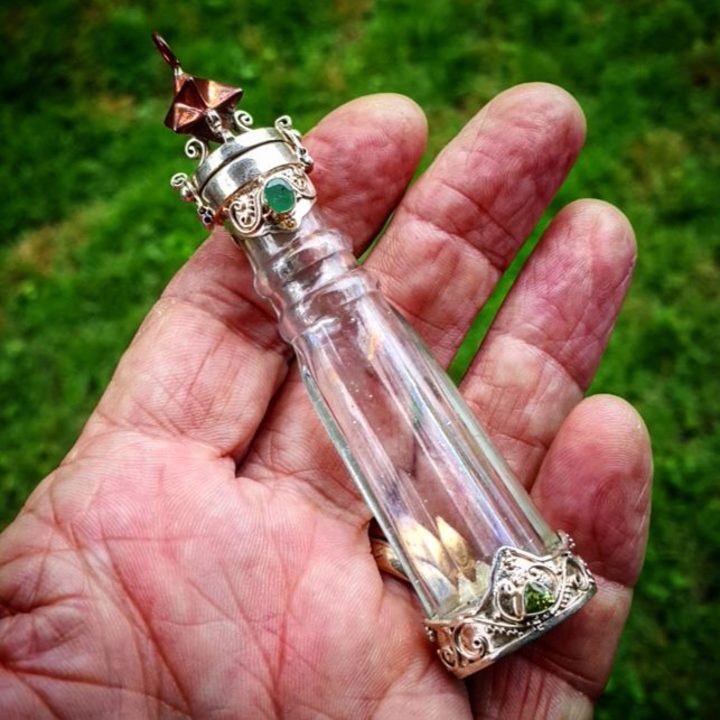 Sold out
$122 AUD
Sacred waters
This lovely little bottle is an antique victorian perfume bottle repurposed to become a vessel for what ever you would like to wear close to your heart - water from a sacred spring - that special essential oil - or perhaps some tears of joy.
Read more
More ... Less ... 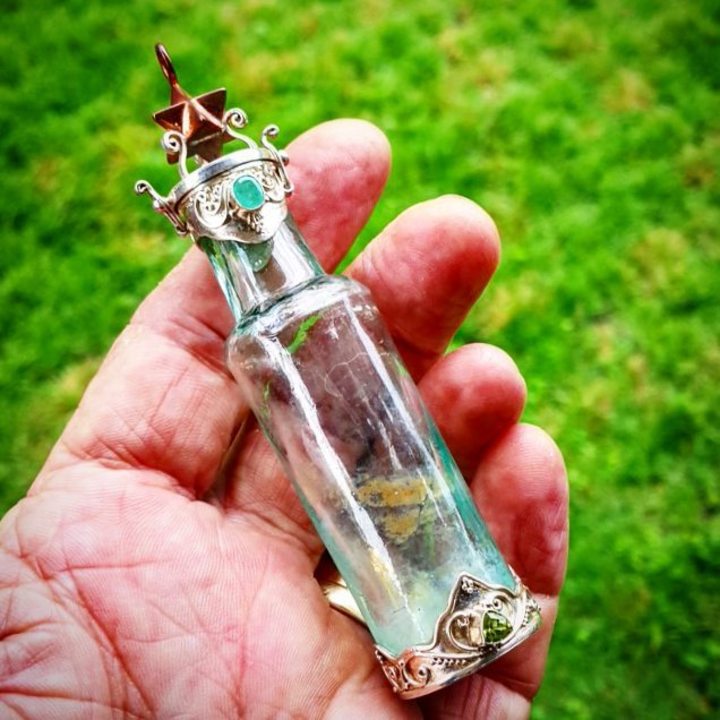 Sold out
$127 AUD
Medicine Bottle
This wearable bottle is an antique medicine bottle with Copper Tantric star [merkabah] on top - emerald and peridot sit in silver - Fill it with what ever you like :-)
Read more
More ... Less ... 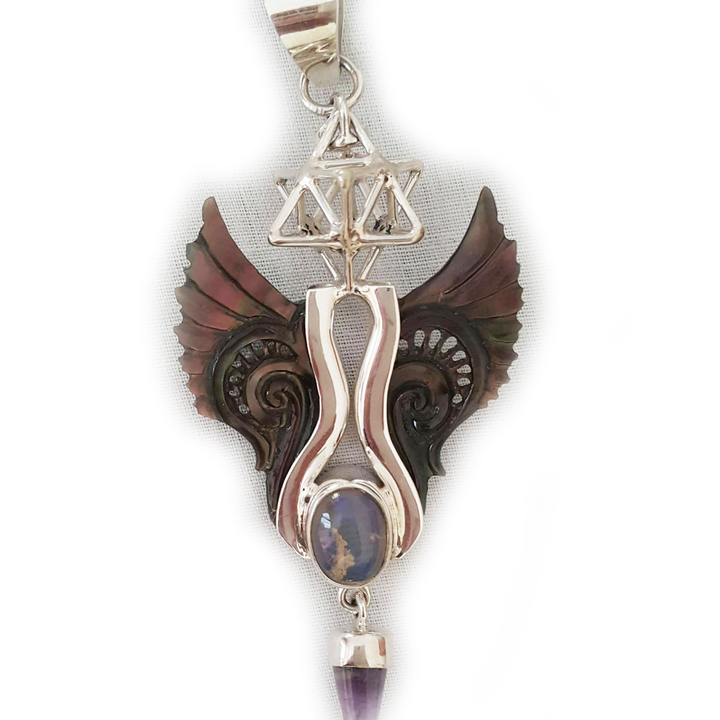 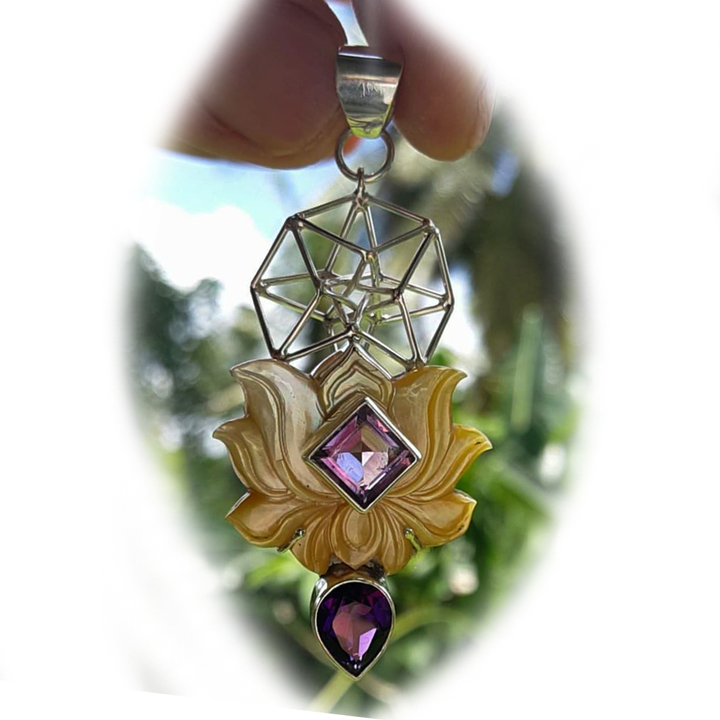 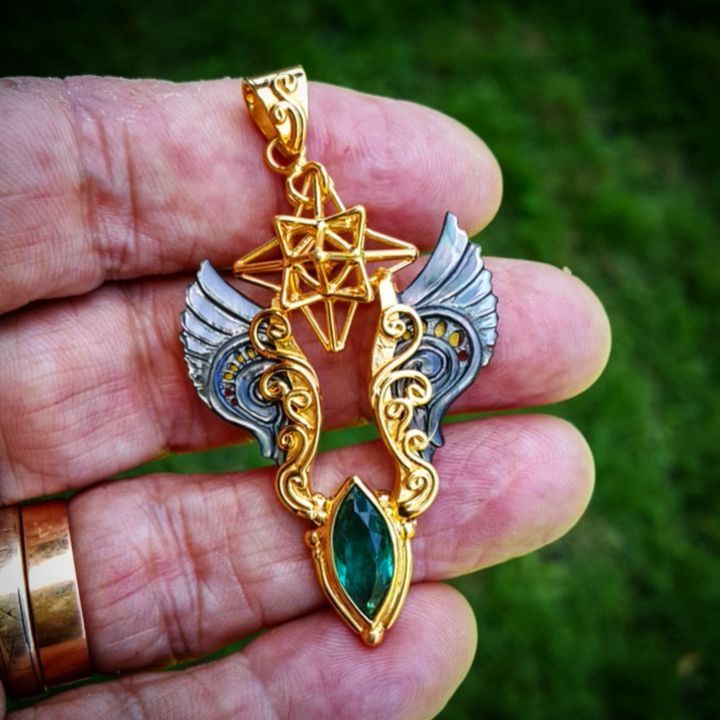 this stone is a lab diamond in green color for the heard
Read more
More ... Less ... 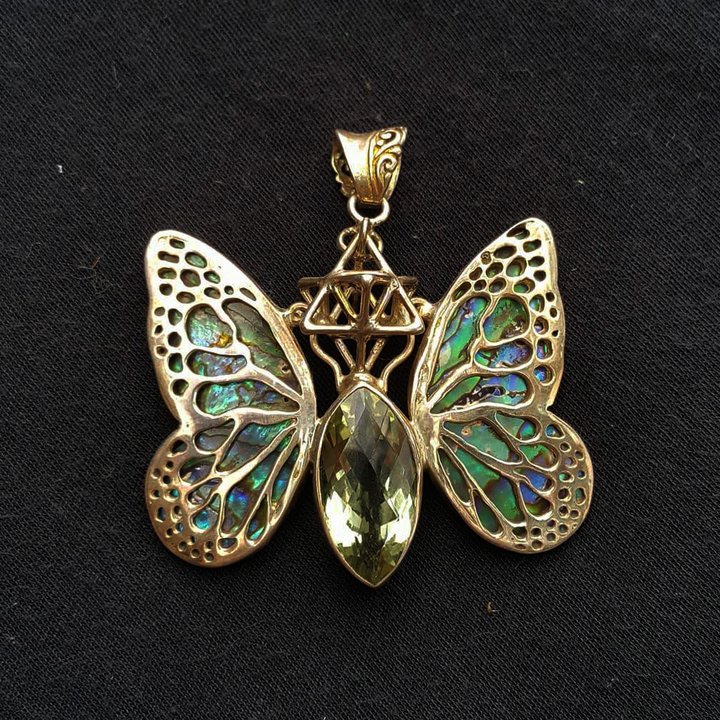 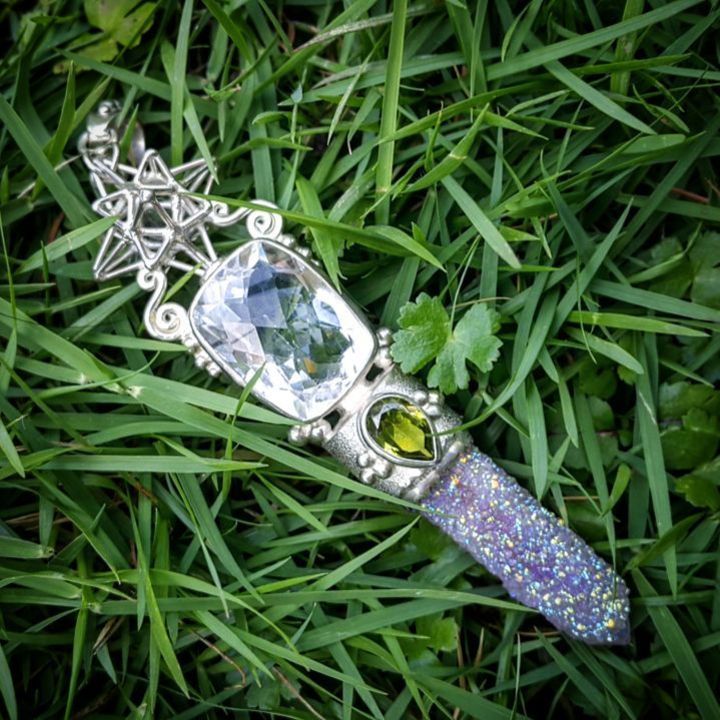 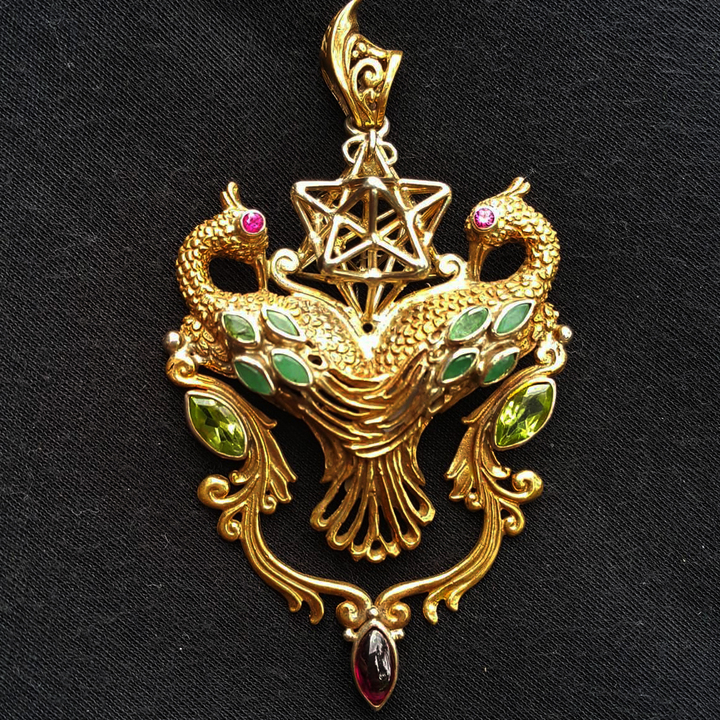 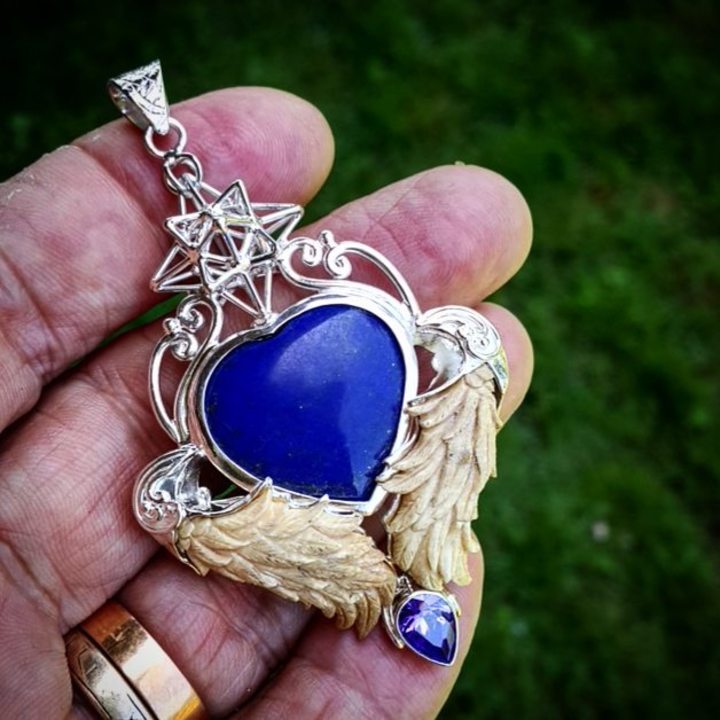 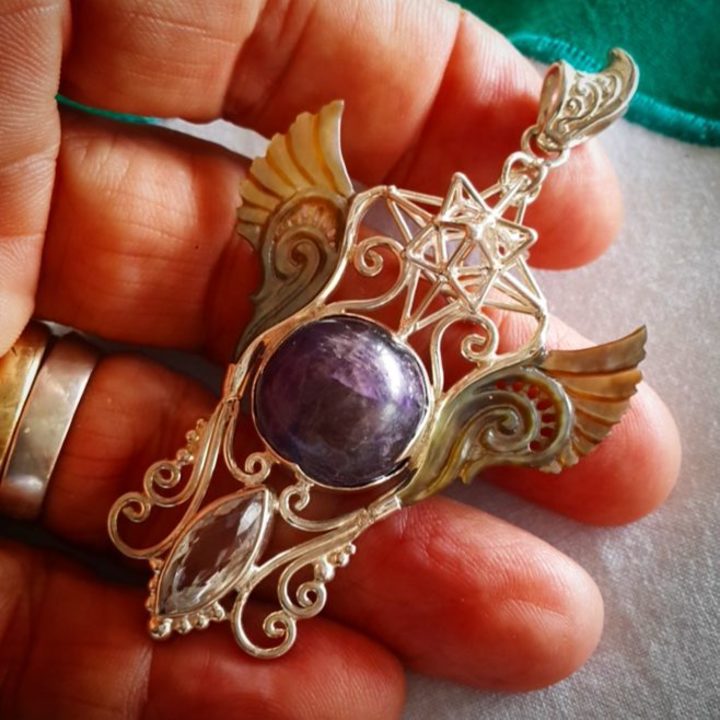 Sold out
$147 AUD
Love
To be honest i am not sure what stone this is but i think its sugalite - its been in my stone drawer for so long - the Marque is faceted quartz
Read more
More ... Less ... 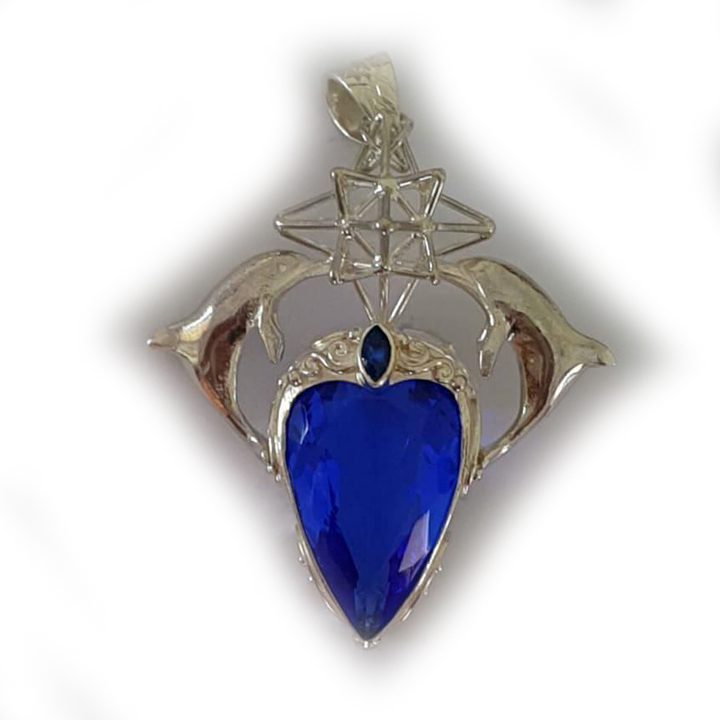 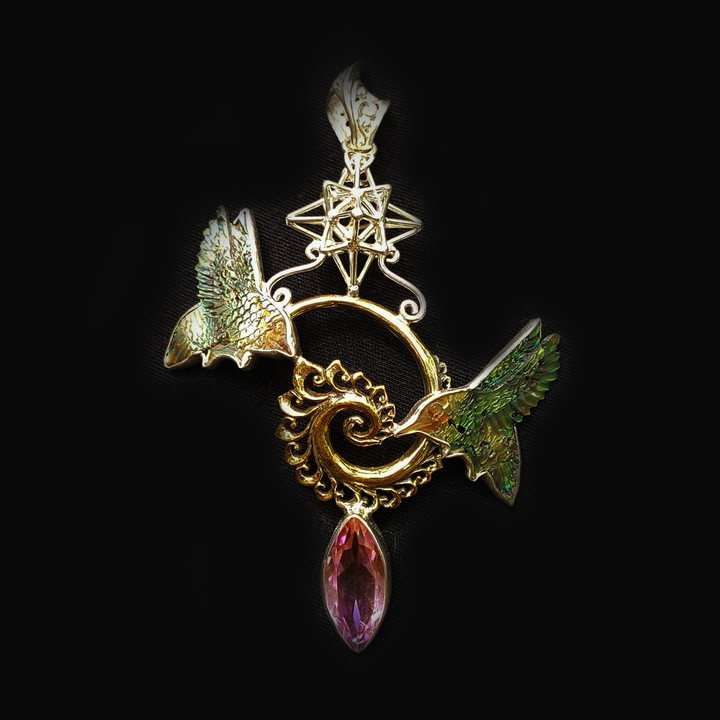 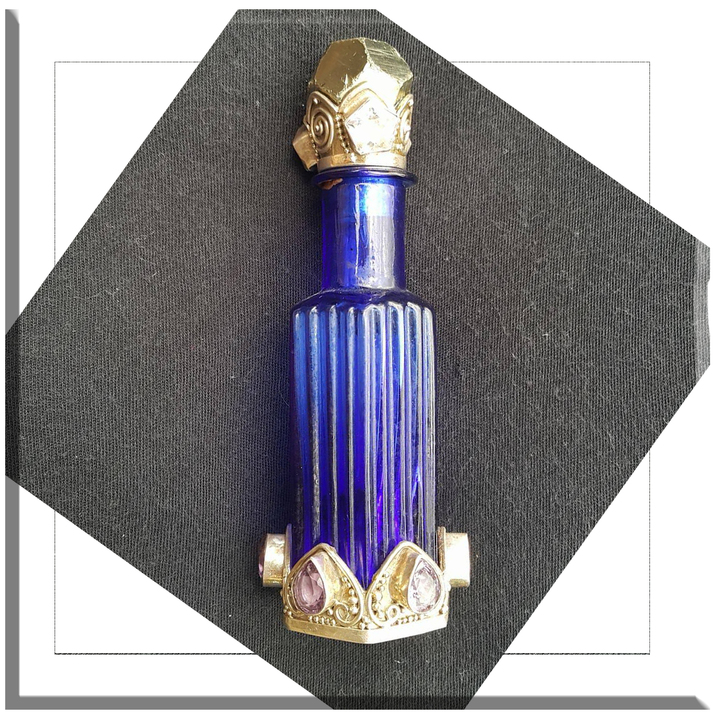 Sold out
$172 AUD
Sacred water
This Sacred Water bottle is a perfect way to keep your sacred water on your alter - or that special essential oil on your dressing table - its made from an antique poison bottle from the victorian times with a naturally formed hematite dodecca hedron and amethysts - what ever you put in this bottle will ceremoniously transmute the poisons of your sacred day.
Read more
More ... Less ... 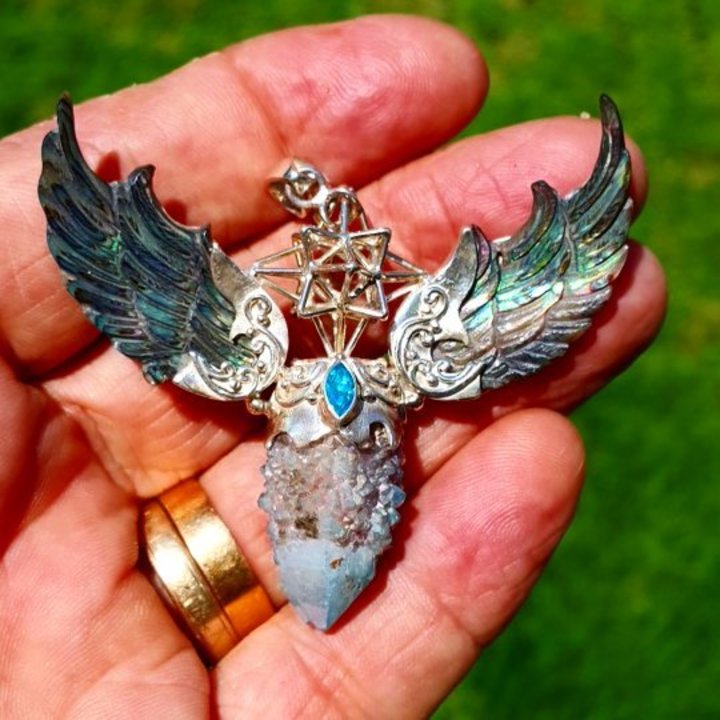 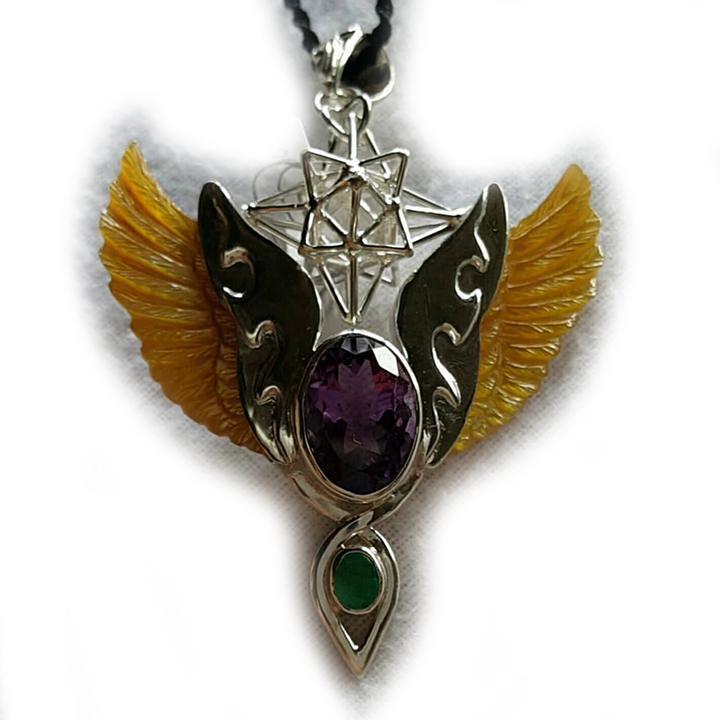 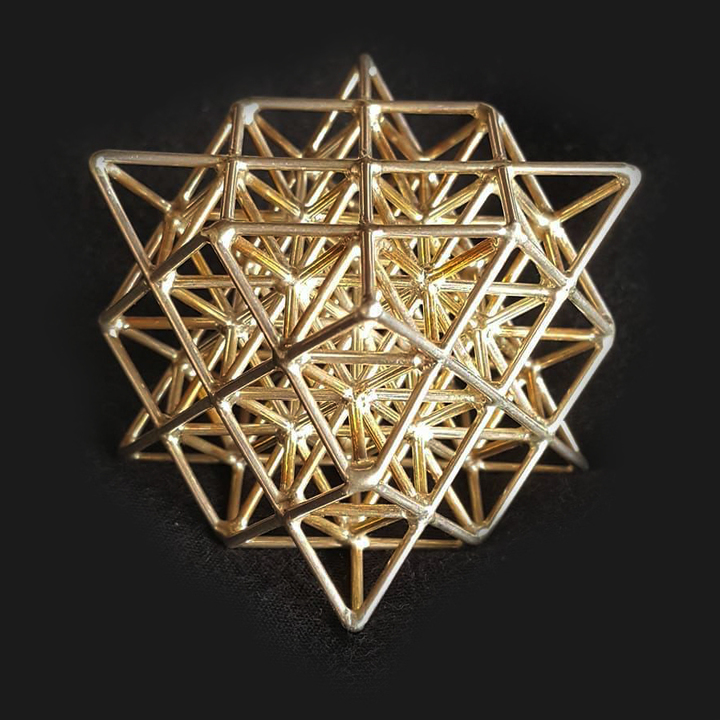 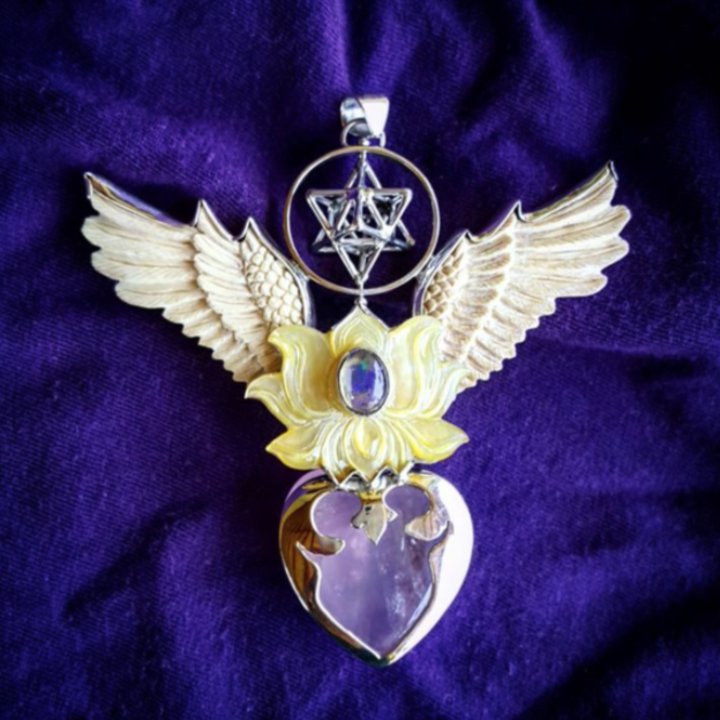 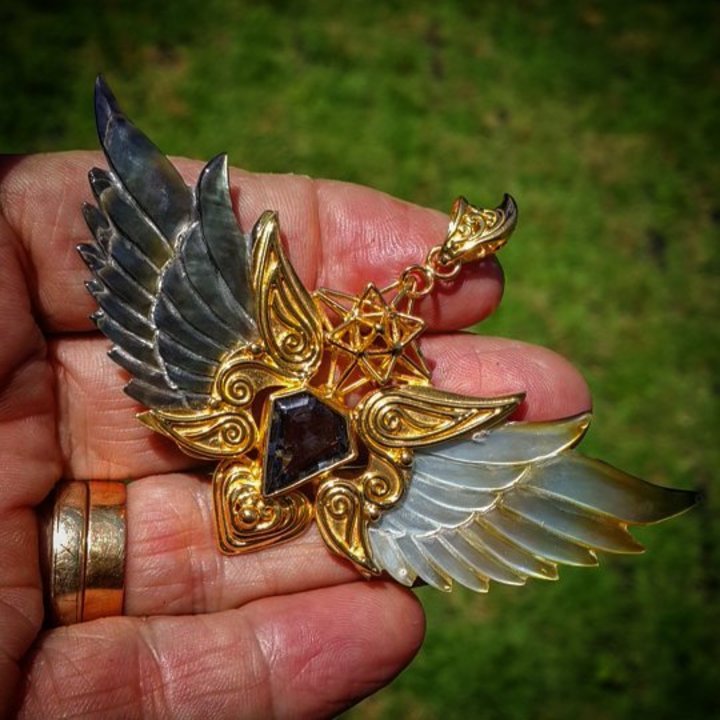 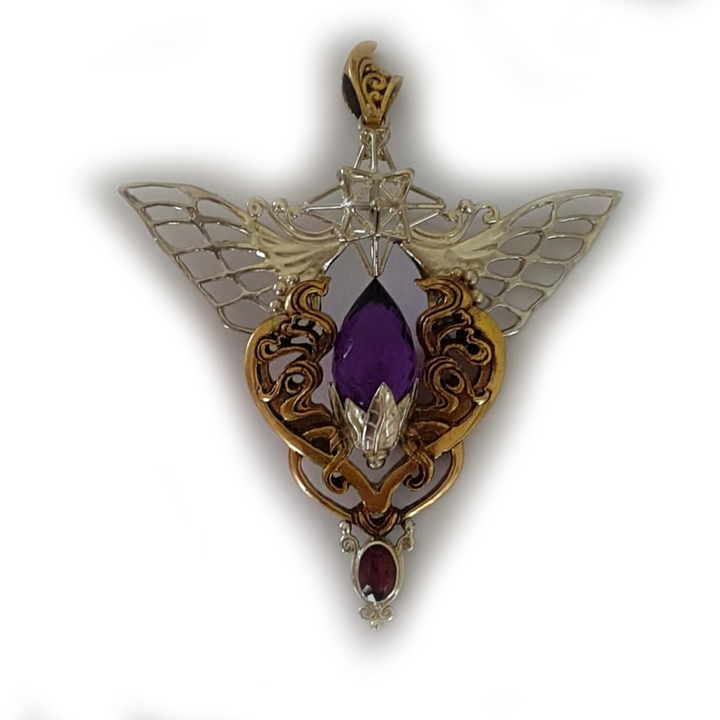 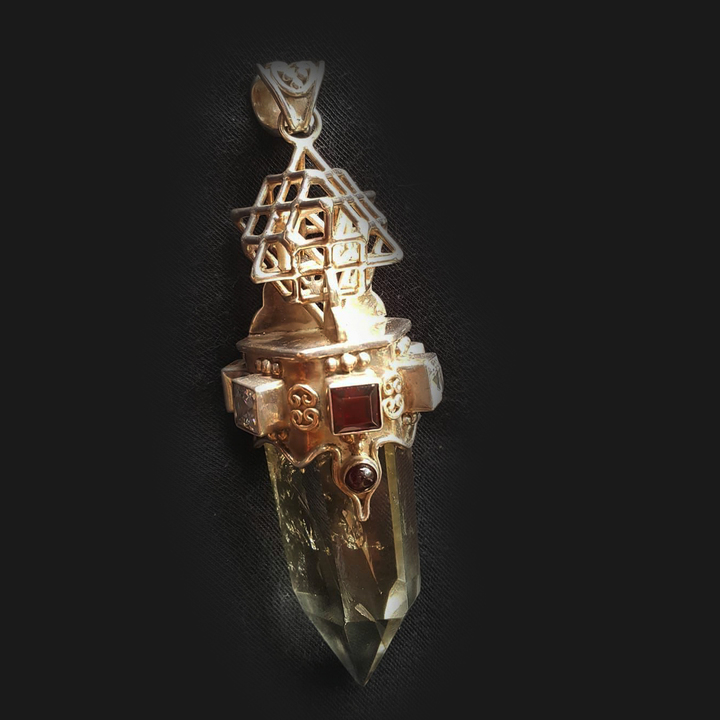 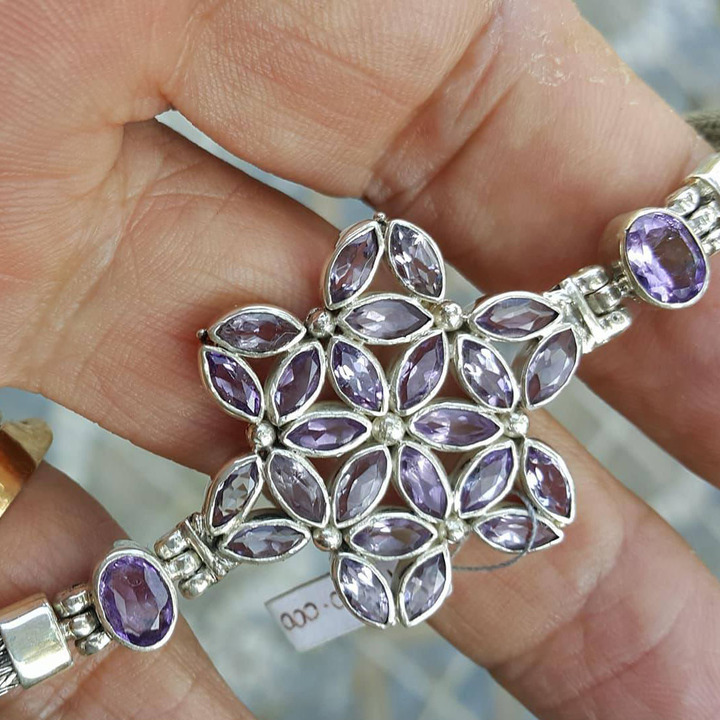 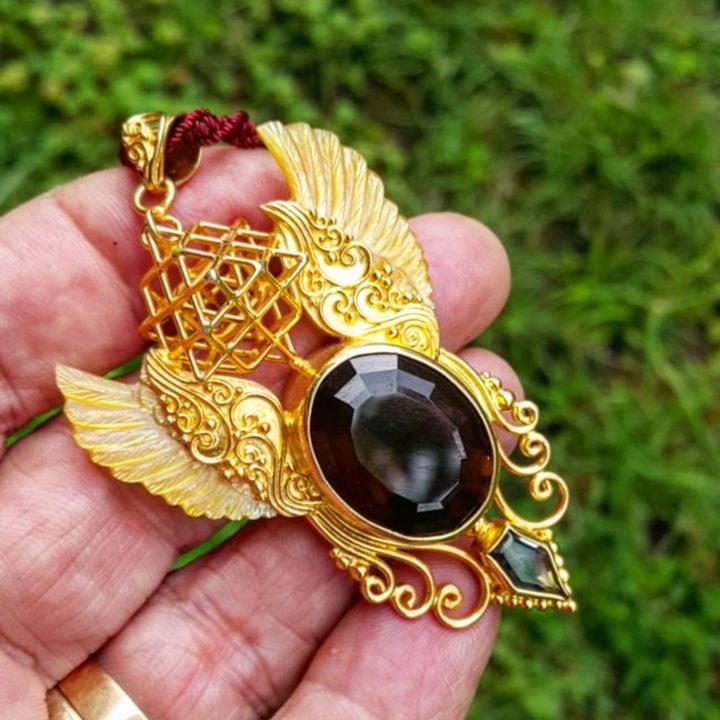 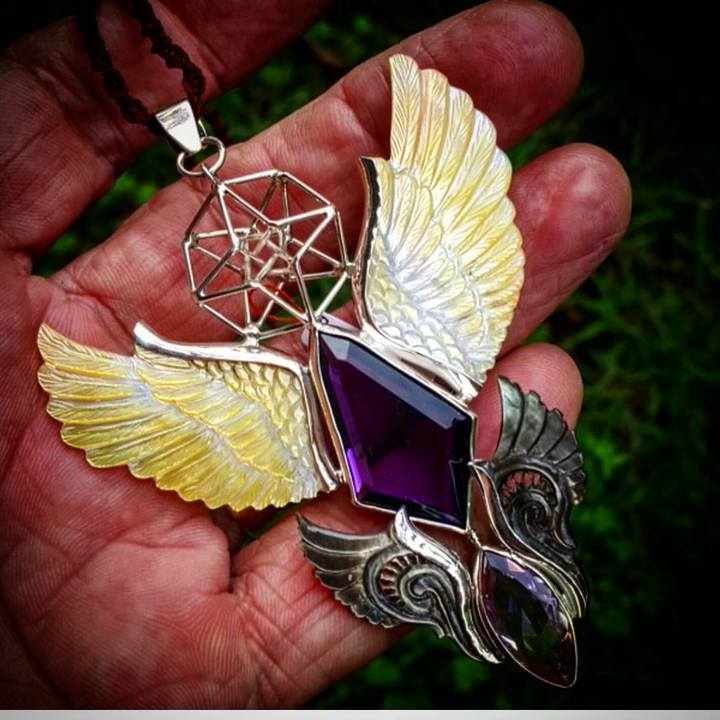 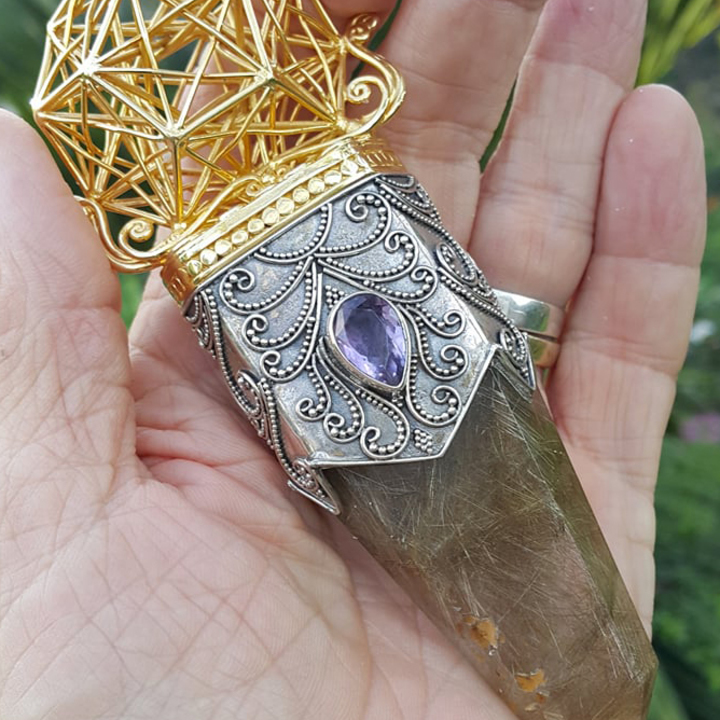 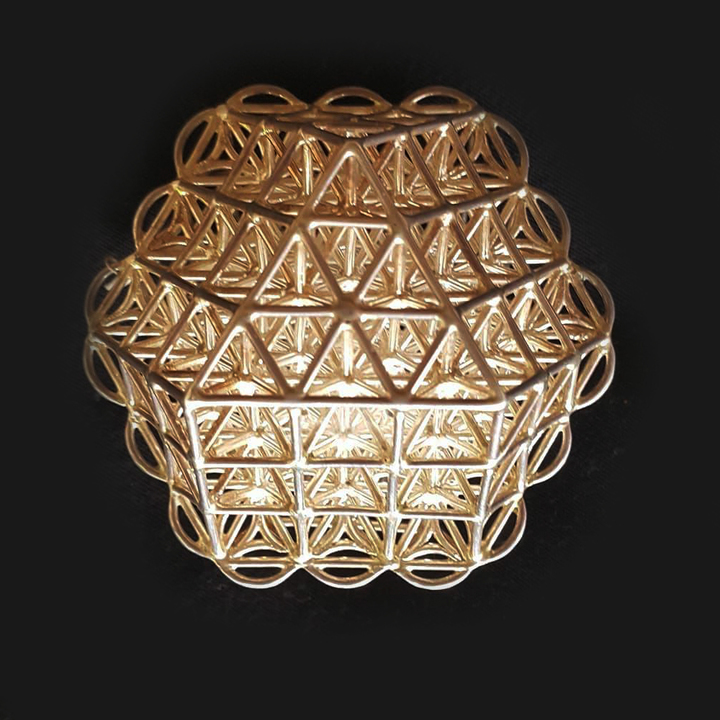 Lorna and Joshua Lafew is managing the funds for this campaign. The campaign is for a personal cause.