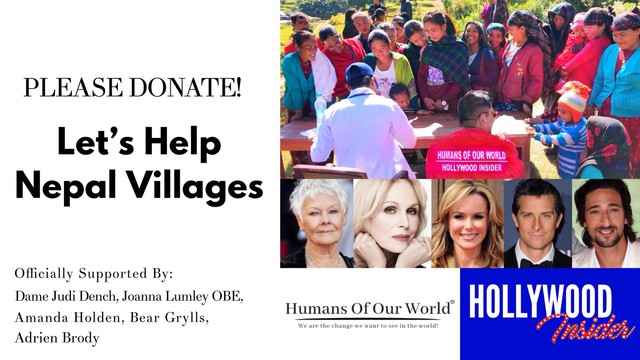 Humans Of Our World hasn't added a story.

Nepal could easily be one of the most compassionate countries in the entire world. Multiple people have spoken on the compassion of the Nepali people and how after the disastrous mega-earthquake of 2015, villagers in Nepal that had lost their homes, would offer to share their last remaining dinner with others. Hence, the Humans Of Our World's and Hollywood Insider's LET'S HELP NEPAL VILLAGES campaign would like to band together to help those villages that are still suffering 3 years after the earthquake.

We refuse to forget about Nepal's villages and will continue to take large teams of doctors, nurses, anti-trafficking experts, engineers, volunteers, psychologists, etc to remote villages in Nepal to provide medical treatments, save women and children from trafficking and distribute relief/welfare items.

Joanna Lumley, English Actress & Activist is also a proud supporter of this campaign. Her statement in support is below:

"It is very easy to forget broken lives and communities left behind once the storm of publicity has moved on from an area of crisis. We feel that with your help we can rebuild and restore, comfort and make safe, provide and help protect some of the most vulnerable people on earth. The Nepalis are a valiant, optimistic and determined race and the last thing they would ever do is beg: so on their behalf I would only say with all my heart please will you help us to restore their lives and homes, lost through no fault of their own.  Every single gift to Humans Of Our World's Nepal campaign will be treasured. Thank you so much, and Namaste." - Joanna Lumley

Please donate to this campaign - further information provided below. Every single dollar will be accounted for and you will receive constant updates.

Humans Of Our World have been on the ground in Nepal since the 2015 earthquake and are now looking to raise $100,000 to provide for the continued needs of victims in remote villages in Nepal. In each village, we will be conducting medical/psychological, relief/welfare and anti-trafficking camps which will be served by doctors, nurses, anti-trafficking experts, engineers, volunteers, psychologists, etc.


Humans Of Our World refuses to forget about Nepal's forgotten villages so we have teamed up with Hollywood Insider and Hug & Heal Organization to carry out humanitarian camps in Nepal. Please donate to this page as 100% of your donations go directly to the victims.


It has been 3 years since the disastrous earthquake in 2015 that tragically devastated the beautiful and peaceful country of Nepal. The 7.8-magnitude earthquake with 260 aftershocks, caused around 10,000 deaths, leaving 824,000 families homeless and dragged further into poverty. The news media of the world reported on this tragic event fervently for a month, but then moved on to the next popular news and forgot about the victims. 3 years on, 800,000 families are still homeless, children remain out of school, and many families continue to live in make-shift tents and huts, etc. The people in villages are disproportionately and increasingly affected due to lack of access to help, funds and officials who can make a change. Those forgotten victims in the villages of Nepal continue to struggle while falling prey to further poverty, diseases and trafficking and have not received much help so far.

Humans Of Our World's founder Pritan Ambroase established  the foundation around a decade ago when he was 19, shortly after the start of the foundation, he suffered a stroke on his spinal cord and was completely paralyzed. Termed by the doctors as a medical miracle, he has since defeated the condition and paralysis, is walking and has taken his foundation from strength to strength. To him, compassion is mandatory.

Message from the founder Pritan Ambroase:

"I truly believe that all the industries in the public eye, be it entertainment, sports, fashion, etc and all the key players in it with fame, should utilize their platform to unite our world and make it a better place. Each of the stars supporting this campaign are prime examples of those that utilize their platform for the greater good and we are excited to have their support for our humanitarian camps in Nepal. Hopefully our work in Nepal will bring a positive change to the lives of these forgotten victims in villages of Nepal. We hope that the spotlight will be put back on these villages and that will encourage other stars, humanitarians and people to go and help them as well. Nepal is one of the most compassionate countries in the entire world and this was confirmed when a villager who had lost their home offered me their last remaining lunch as they thought I might be hungry. Humans Of Our World’s motto, inspired by Gandhi, is “WE ARE THE CHANGE WE WANT TO SEE IN THE WORLD” and we will continue to campaign to help the needy all over the world with both awareness and action numbers. Awareness is nothing without useful actions to help those affected and the causes. Each of your support for this campaign will matter. Please donate so that we can help the people in the villages of Nepal.”

Unique facts about HUMANS OF OUR WORLD?

Any corporations or people that would like to donate a large amount and be listed as a partner/sponsor for this campaign, please email the founder directly at founder@humansofourworld.org.  Partners, sponsors and individuals who act as fundraising representatives will be included in all of the press related to this campaign.

DONATE NOW. HUMANS OF OUR WORLD

We are the change we want to see in the world.

Humans of Our World will be withdrawing the funds directly and will be using the money to complete the projects outlined here. 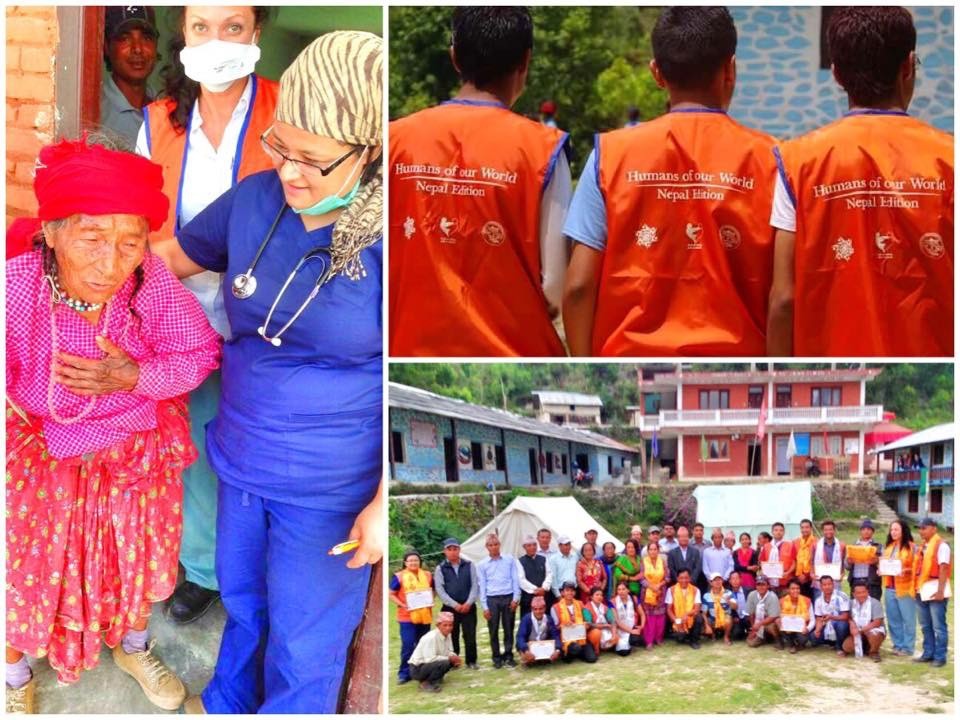 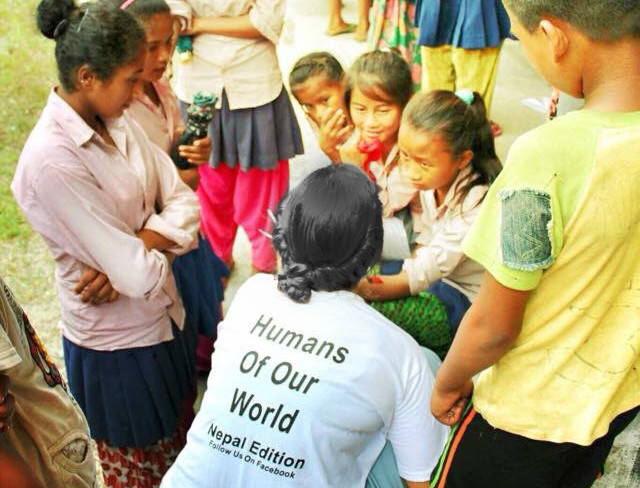 Subscribe to receive updates by email.
Humans Of Our World hasn't posted any updates yet.
Newest | Oldest
Show more 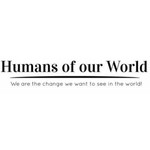