Humans Of Our World 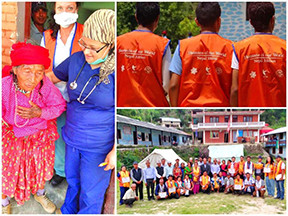 The key mission of our foundation is to unite the humans of our world to be one, to help each other towards a safer and kinder world. We will strive to break down perceived differences that can, sadly, suffer prejudice, such as political and natural borders; man-made and mental boundaries; socio-economic backgrounds; religions, races, and ethnicities; sexuality; classes, and so forth. We are the change we want to see in the world. 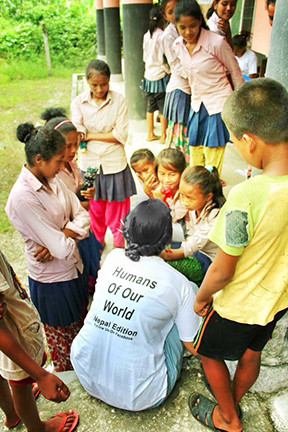 Humans Of Our World is a foundation and a campaign. It is NOT a charity. The word charity is now synonymous with pity and begging. We don’t believe in pity or begging. Humans of our World is a campaign and foundation that is much more than just a charity. We are a movement, a united movement, a campaign, a foundation; a voice when unified with more voices will be louder and exponentially powerful. We also make sure 100% of donations goes to the cause for which it is intended.
Boundaries, prejudices and segregations can be easily removed when we learn to focus on hearts, compassion and care so that is when similarities get highlighted and then accepted. There are more similarities than differences: let’s just focus on those similarities and care regardless of the differences. Once we each start with the change for the better as individuals, we can do it as groups, then the world as one community. And why? Because we care. Just because. We just care with our hearts and are compassionate.
Rid yourself of the evils of society, be a real human being, because in this world of hurt and pain, just being a human being is an achievement as many individuals run around behaving worse than evil parasites. Hence, HUMANS OF OUR WORLD.

Nothing to show here yet.