Help Nowzad get Ranger from Afghanistan to the USA!
Contribute

No thanks
Help Nowzad get Ranger from Afghanistan to the USA!
✖
Gallery (1)

This little Ranger cat was going from dumpster to dumpster trying to get some food in the freezing winter in Gardez, Afghanistan.

She would spend her nights near the diesel generators on the base to stay as warm as possible.

It took her a long time to get comfortable coming near the contractors and soldiers. She was always looking around every corner, fearing that she would be caught and dragged away. She would try to hang around the dining hall entrances just hoping that some kind person would give her some morsels of food.

After a long time, she would come up to you if you crouched down and extended your hand to her.

She eventually got comfortable coming up to me and would allow me to hold her for a short time.

After a while I would leave the door to my room open and she would slowly poke her head in to see what was inside.

I put some tuna on a plate inside and she would come right in and eat. But she never let me close the door while she was inside. She would dash for the door if she saw me going toward the door. After a while she allowed me to close the door behind her and became more comfortable inside.

She had some little toys she played with and enjoyed the little play mouse on a string.

She was such a good jumper, that she would jump up on the walls of the compound and up and into the dangerous barbed wire on top of the walls.

She was so brave.

After some time, she was happy to sit and rest on my bed and sleep for a little bit and not have to worry about predators and the freezing weather outside.

But she would never stay inside the room all night. She would sit and stare at the door and meow and want to go out.

The cold winter has been very hard on Ranger, she would be sitting on my doorstep when I woke up and the temperature would be 15 degrees F and snowing! She would come in and play with her toys and eat and drink. I finally decided to adopt Ranger!

I was very lucky that she would still come in and play and eat. It was very difficult deciding how to catch her and send her to a safe place at the shelter in Kabul. The Nowzad Shelter in Kabul is a fabulous place which has done so much to help abandoned and rescued animals.

Ranger became very relaxed around me and I finally was able to transfer her to a kitty carrier without any problem.

She was so good! She didn’t cry at all. I was so surprised.

I put her blanket in the carrier and my old shirt. When I peaked inside, she would meow, then be quiet.

What a special little cat.

Najwa from the shelter was so nice and helpful and gave me all the details about how to get Ranger to the shelter.

I am so happy that I was able to get Ranger out of Danger!! 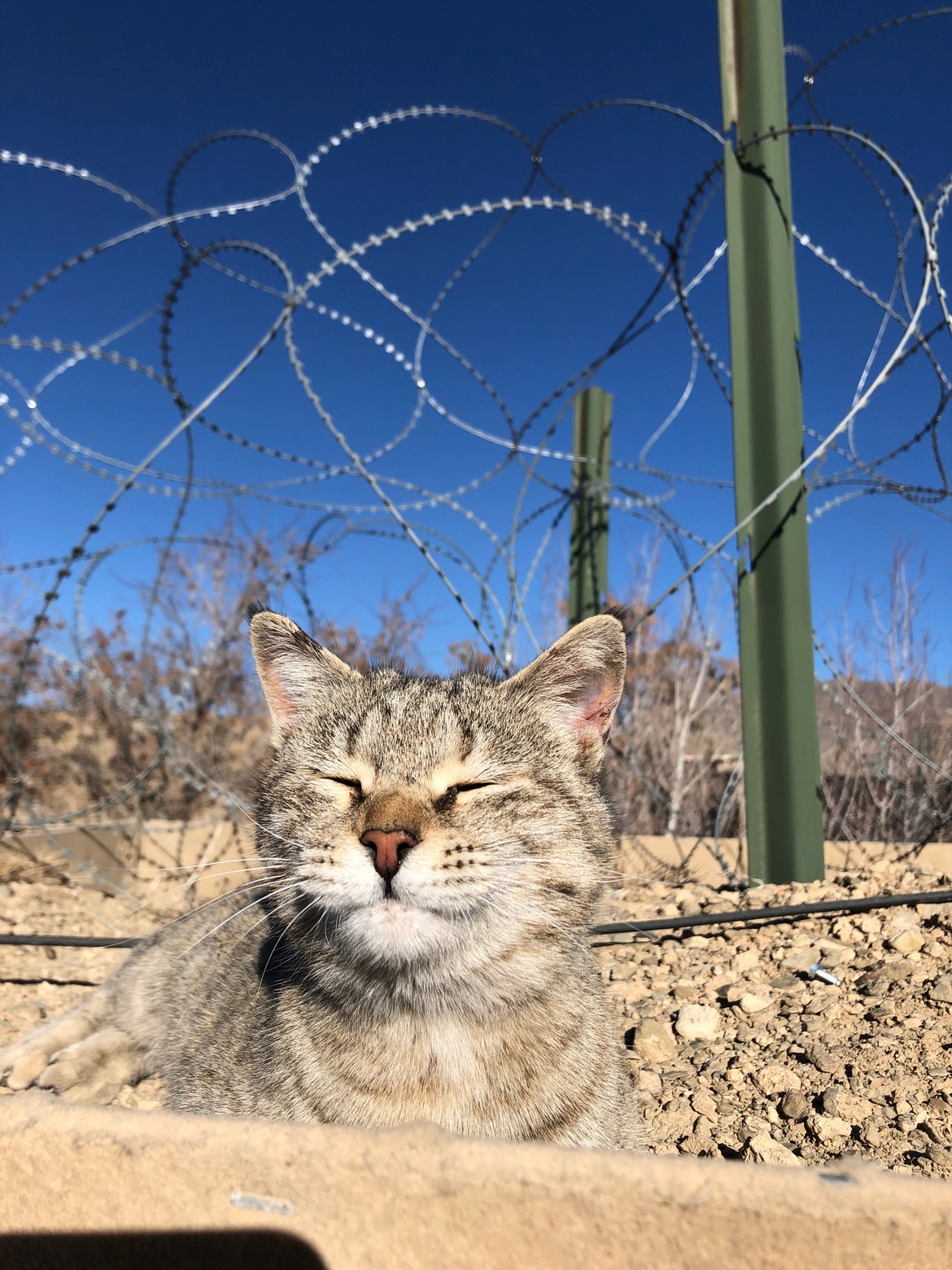