No thanks
Help put a forest back together—and save endangered lemurs!
SubscribeUnsubscribe
✖
Gallery (7)

Thanks to our generous donors, we reached our goal! But we can still do more for the Sainte Luce forest. Every extra dollar will help our partners in Madagascar plant more trees, create more firebreaks, and protect more lemurs and other endangered species. Please consider a gift, and share the campaign for this critical project with your friends and social networks. Thank you so much!

Brilliantly colored chameleons, baobab trees that look like they could have been lifted from a surrealist painting, and playful, wide-eyed lemurs–the island of Madagascar has so many unique species that it’s often called the “eighth continent.” Because of its history and geography, roughly 90 percent of the plants and animals on Madagascar are found nowhere else in the world.

Beginning on Earth Day, April 22, 2022, you can help protect and restore a vitally important area of this unique island.

The Sainte Luce Littoral Forest is a stunning example of Madagascar’s famed biodiversity. The forest, which stretches along the country’s southeastern coast, is home to several species found nowhere else, even on Madagascar. These include critically endangered reptiles and amphibians, and endangered lemur species.

Unfortunately, like many of Madagascar’s ecosystems, the Sainte Luce forest and its wildlife face dire threats. Logging, mining, and other human activities have splintered the forest’s once-contiguous 2,825 acres into 17 fragments. Dividing the forest also splits its plants and animals into separate groups, increasing the risk of extinction.

Wildfires are another enormous danger in the dry southeast. In the past few years, increasingly intense fires have raged across the island. With roughly 90 percent of its historic forest cover already lost, Madagascar’s remaining forests–and all the life they support–are at a make-or-break moment.

We’re teaming up with SEED Madagascar, conservation experts who have worked on the island for more than 20 years, to reconnect fragments of the Sainte Luce forest. Planting fast-growing acacia trees between isolated sections of forest gives animals a safe path to travel between them. These wildlife corridors also create shade and improve the soil, giving native plants a chance to reestablish themselves. Firebreaks around the new corridors will protect the new growth.

Establishing these corridors to prevent extinctions is based on solid scientific research, which shows that when habitats are fragmented, extinctions increase. Influential biologist Edward O. Wilson pioneered research on what’s called “island biodiversity,” and we are dedicating this project to his memory. Professor Wilson served on Seacology’s Scientific Advisory Board until his death last year.

A win-win for local people

Seacology is committed to helping island communities protect the habitats that they rely on. This is especially important in Madagascar, where many people live in poverty and must rely on scarce natural resources to survive.

The people of Sainte Luce and Ebakika Villages, near the forest, are key to this project’s success. SEED Madagascar will train and equip members of the communities to prevent and fight fires in and around the forest. It will buy supplies from local merchants, and work with local landowners to build on the already strong community support for the project.

Please consider making a gift to support this urgently needed project today. In Madagascar, a little goes a long way, and every contribution will make a tangible difference in the future of the Sainte Luce Forest, the wildlife it supports, and the local people who depend on it.

Even if you are not in a position to donate, you can still inspire! Please use the share bar above to share this campaign on Facebook, Twitter, or any other platform to help spread the word. 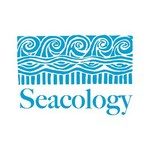