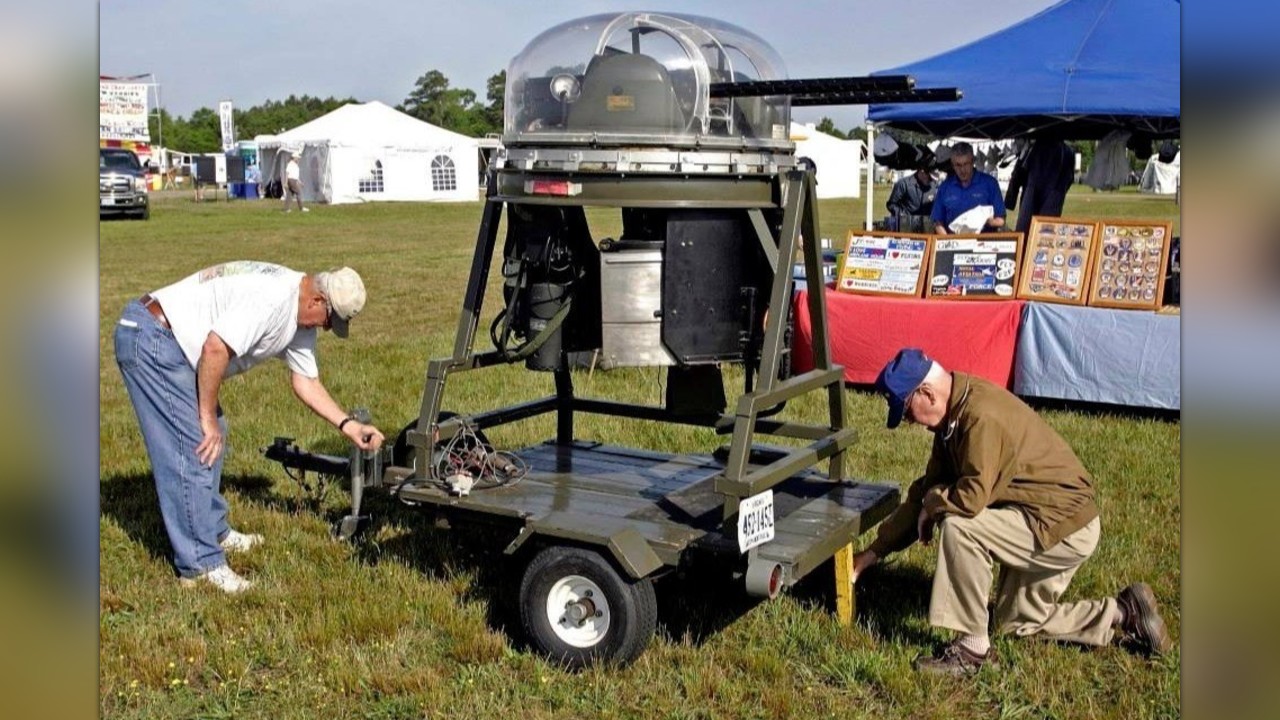 The Commemorative Air Force - Capital Wing is working to restore and refurbish a B-26 machine gun turret.

The B-26 Marauder was one of the most successful medium bombers used by U.S. forces during World War II. The Marauder was mainly used in the European Theater, but it was also saw action in the Mediterranean and Pacific Theaters. More than 5,000 Marauders were manufactured, but today only a handful remain.

Volunteers of the CAF Capital Wing want to restore this rare machine gun turret for use at airshows and events.  Preserving this important artifact to a more-functional turret will allow visitors to climb inside and experience what it was like to be a gunner in a World War II aircraft.

A gift to support this project would allow people of all ages to see and appreciate the important role that American soldiers played in fighting for our freedom.

And, if you act fast, your donation will be matched dollar-for-dollar up to $4,000, thanks to a generous donor.

To make the turret functional, volunteers will need to perform some electrical work. Once restored, the turret will be set up on a new trailer that will allow it to be safely transported to events. A mobile museum!

You can help get this amazing historical artifact operational to educate current generations about the sacrifices made during World War II by the men and women who built, flew, and maintained these aircraft and equipment.

Your support will honor those sacrifices and keep the legacy of the Greatest Generation alive.

Your donation will be matched from now until May 31, 2021, so please consider making your gift today!

The Capital Wing of the CAF is based at Culpeper Regional Airport in Brandy Station, Virginia.  The Wing has over 100 volunteer members who maintain in fly four World War II aircraft - a TBM Avenger, an L-5 Sentinel, a BT-13 Valiant, and a Fairchild F-24.

The Commemorative Air Force was founded in 1957 to preserve history by restoring historic World War II aircraft back to flying condition and to educate new generations of Americans on the value of military aviation in assuring our nation’s freedom. These airplanes, and the men and women who built, flew, and maintained them – changed the world forever! We can never let them be forgotten.  More than just a collection of airworthy warplanes, the CAF’s fleet of more than 170 aircraft - known as the CAF Ghost Squadron - recreate, remind, and reinforce the lessons learned from a defining moment in American history.

We appreciate your interest and support.

And please act soon to take advantage of the exciting matching gift offer.