No thanks
Meri's Chance To Heal
✖
Gallery (1) 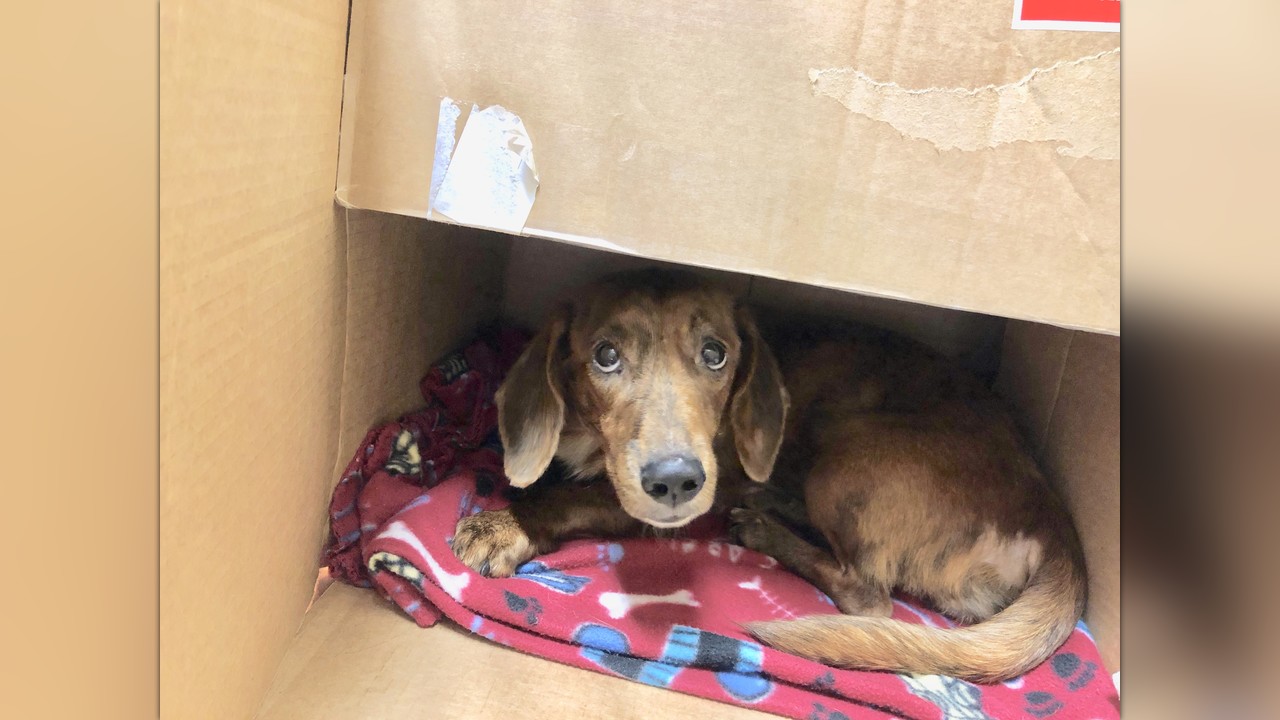 In June of 2019, DRSF welcomed 19 dogs from a horrible hoarding situation in Miami, where 99 dogs had been found living in a house.  Eighteen of those dogs have been adopted and beautiful Meri is the last one still in foster care, still to terrified to be adopted after her rescue.

For the last year, Meri has been living under the night stand and bed of her Foster Mom.  Meri's Foster Mom is all about alternative and complimentary therapies and together they have tried them all - music therapy, thundershirts, CBD oil, homeopathic remedies, tapping, animal communicators, pheremones, positive reinforcement, anti-anxiety meds, and the ultimate bribery....a trail of hot dogs leading to a frying pan with sausage biscuits and gravy in it.  Meri wouldn't budge.

Then the tincture of time started to work and little clues started to emerge that Meri was not spending her entire life hiding under the bed in terror.  There was Meri hair on the couch.  Meri's toys would be found in places in the house.  Things in the house would be found in Meri's bed.  Some of her Foster Mom's clothes met their demise that had been left on her bed and only Meri could jump up there.

A purchase of WiFi Cameras later, the footage revealed that Meri was indeed coming out during the day and maybe the situation was not as hopeless as we thought.

President Pam reached out to Jamie, owner at Dynamite Dog, who has helped more doxies with their manners and behavior problems than we can count, and it was decided that Meri would go to stay with Jami and her team for a few weeks to see if they could help her.

We spend a lot of time asking your support for treating wounds with surgical care and hospital stays so dogs can have their chance at their forever family.  This evening, Meri is asking your support to help her get treatment for her emotional wounds so she can have her chance too.  Will you help us help her?