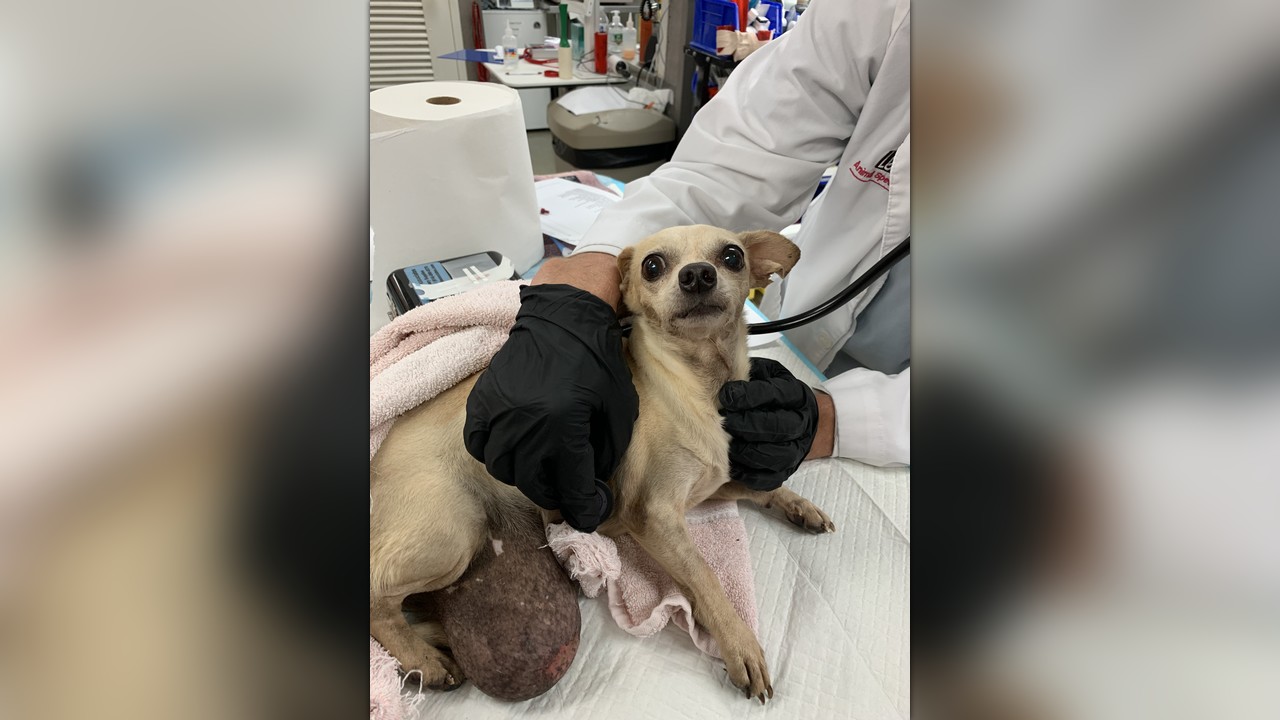 For those of you that don’t breathe, eat sleep, and live rescue 24 hours a day seven days a week 365 days a year, there would be no way for you to know about rescue pleas.
Shelters all over the country send these pleas out to rescues all over the country in hopes of pets in their care finding the help they need when that animal is, for whatever reason, unable to be adopted.
DRSF has rescue agreements with several shelters and gets more rescue pleas in a day than they can count... the looking at the emails usually goes something like “not a dachshund, not a dachshund, delete email.” Then once in a while one comes into the inbox where the intake team says “not dachshund, but we need to save that dog!”
That’s the story of how Yoli came to join the DRSF family. Last night the email came through, after the shelter had closed and the picture was not deleted and instead was looked at again and again and then the hold was placed.
The team at the shelter did their part this morning and then off we went to pick up this sweet tiny girl who must have suffered for a very long time. The medical notes from the shelter state that she has a large hernia and eherlichia (a disease that comes from infected ticks). Large hernia is an understatement and upon pick up she was terrified, but sweet and happy to be held. She made the trip from the shelter to LeadER Animal Specialty hospital being loved and comforted.
Once at LeadER, she met Dr. Phillips, who was waiting for her, they quickly became fast friends. It was clear that he understood her long time of suffering and after he examined her he held her and comforted her while he came up with a treatment plan. Adorable little Yola snuggled in and wrapped her little paws around his arm, she knew she was finally safe.
Yola will start with bloodwork, xrays and a surgical consultation with Dr. Marin. Once we have all the information, we can work together to come up with a plan to help this tiny little one.

See all activity28
NEW Thank you emails can now be sent directly from the Transactions page.
Alternatively you can still leave a comment here.