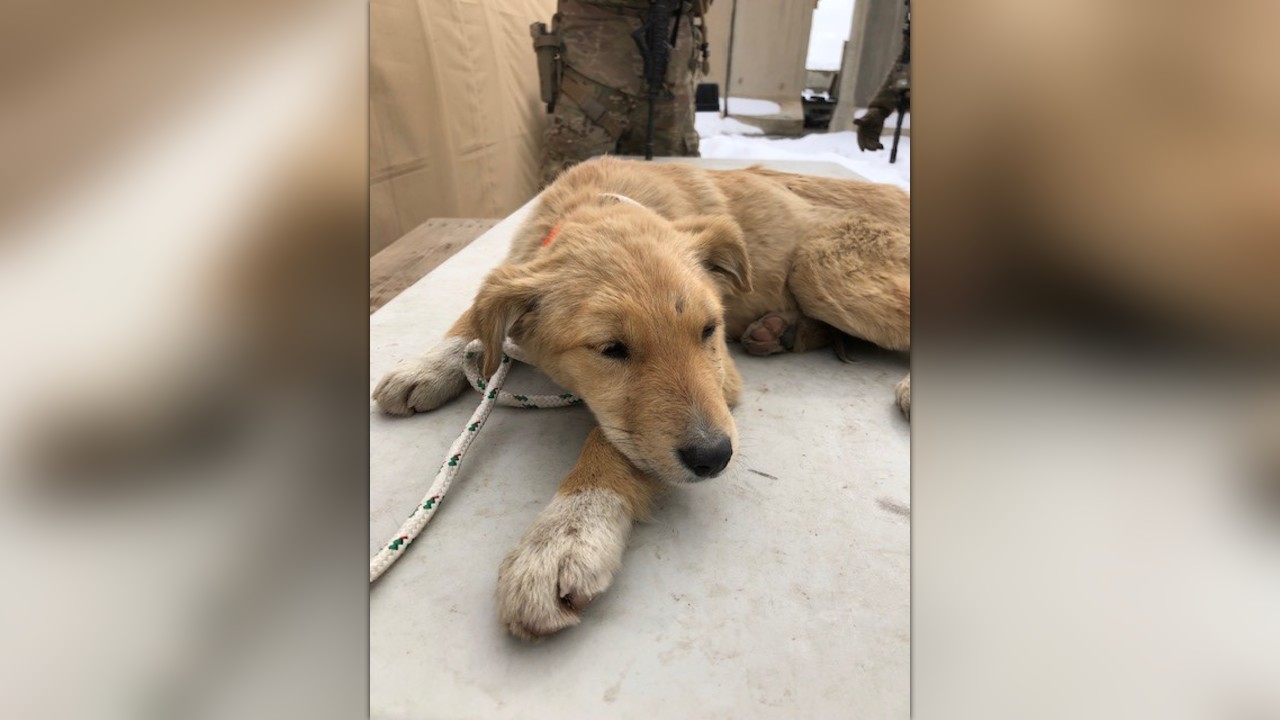 Soldiers of Alpha Company 1/121 are currently deployed to Afghanistan.
Things are not too bad here; we eat three good meals a day, have a warm place to sleep at night, and have plenty (and I mean plenty) of hard work to keep us busy. Morale stays high but after a while being in a strange place, with strange people, doing strange work leaves us longing for the comforts of home. Some guys post pictures to their walls of loved ones, others have their families send them over their favorite snacks, and watching a favorite movie can also be a great refresher.
But probably the biggest morale boost to us all has been our companies dog.
Bear showed up outside the gates one day and was a instant member of the family. We loved and cared for him, but he isn’t allowed on base. 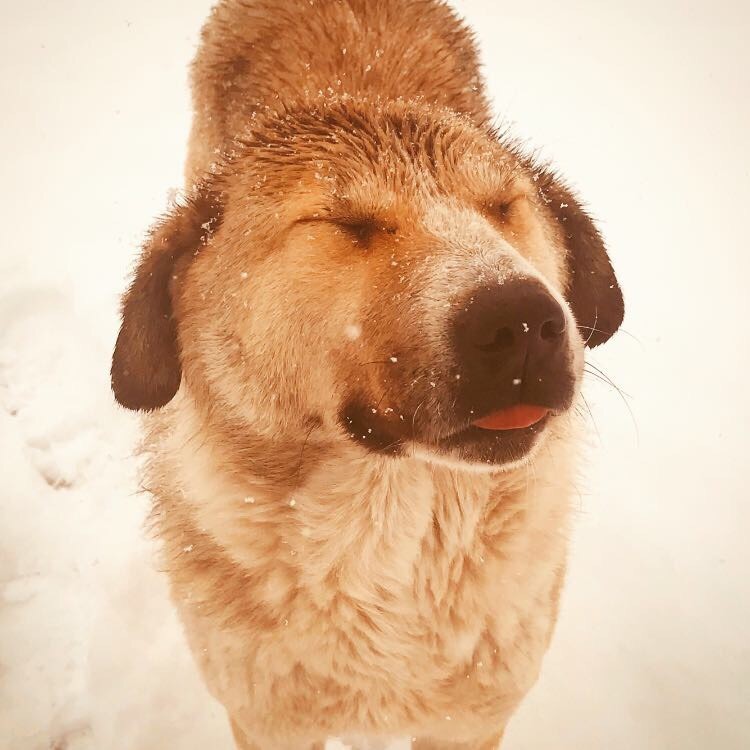 My squad leader was driving on base late at night. He had to stop for something.
When he got out he heard whimpering so he used his flashlight to figure out what it was. He saw a little white speck in the middle of the road.
He knew that the pup would surely die if he didn’t pick it up so he brought it to me and I got her into the hands a few locals that I trust.
With their help I had already sent up a taxi to bring Bear to y’all in Kabul.
Bear is scared of some of the local people, so he evaded capture and the shank took the taxi by herself and that’s how she got to Nowzad!

My buddy Lashkar (Bazaar worker) said that they chased Bear about 5k trying to catch him but bear was not playing around that day lmao and wouldn’t be captured.
So I had to catch him myself, tie him up, and pay for another taxi for him at a later date.

Generally speaking, most Afghan's do not have the same respect and adoration for dogs that us Westerners do, and this winter is quite cold, so we are worried about our old friend.
Through a little research we found this organization called Nowzad, found at
www.nowzad.com, which is dedicated “to relieve the suffering of animals in Afghanistan”. They are based out of Kabul, but if we pay a fee for their work they are able to come here, get the dogs, neuter and vaccinate them and then fly them back to the United States where they will wait to be reunited with us when we return.
Everyone here has chipped in what they are able, but we are still coming up short. We are looking to the internet to see if we can get enough people to chip in a little bit so we can take care of Bear and Shank.
Any help would be greatly appreciated!!! 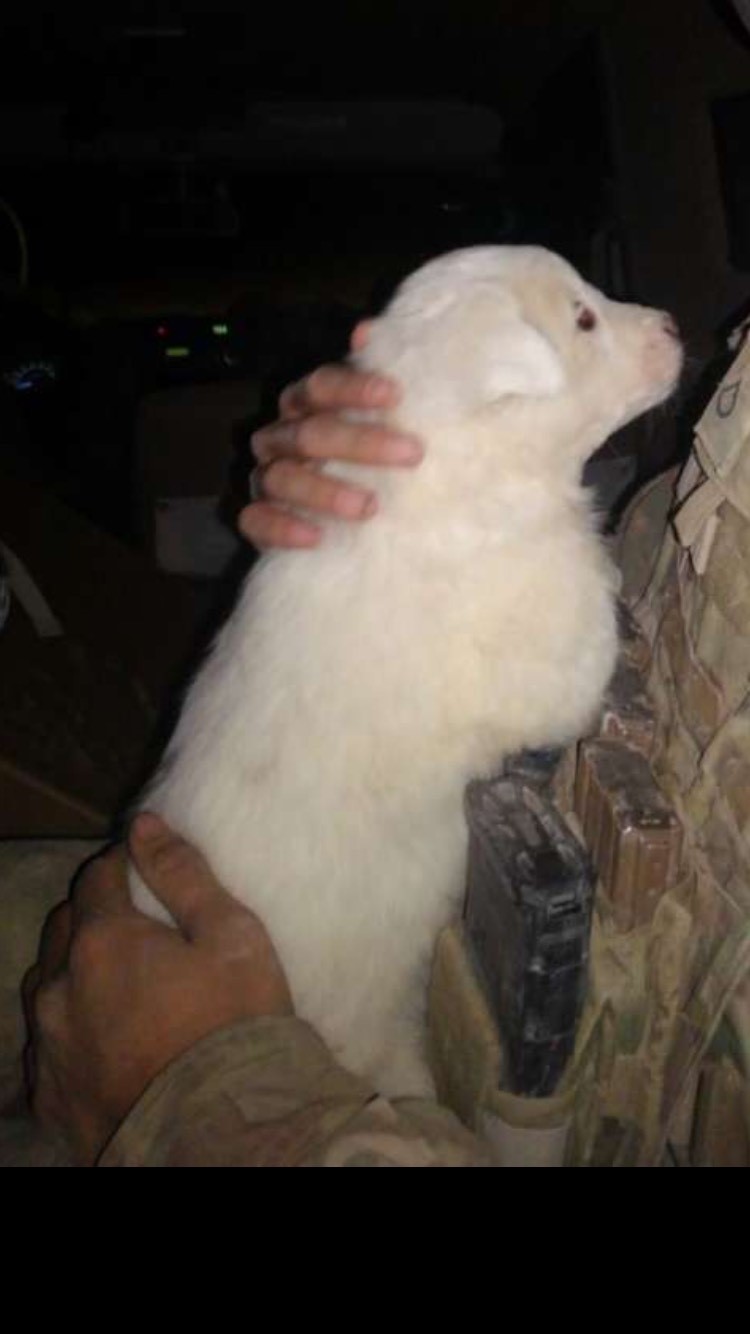 During my deployment last year, I got a call from my parents saying that my dog, Achilles, had passed away. I was devastated.
H e was the best friend anyone could ask for. He was a big cuddler, sweet, attentive, loving, always curious about every little thing, always ready to play and explore.
On this deployment, I was busy at work, and along came this little puppy. Nothing but skin and bones.
She comes waddling in like a little duck, butt wiggling and all.
Right away, she was the sweetest thing you could find in a place where rockets and bullets flying overhead is normal.
She reminded me exactly of my friend that I had lost the year before. So sweet, loving, just wanting nothing but affection.
I knew I had to get her home where she would be well fed, loved, and cared for the rest of her life. 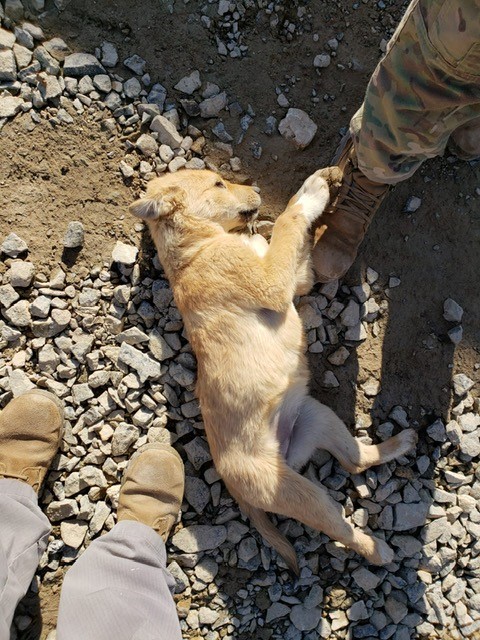 If, for whatever reason, the companion animal rescue is not successful (such as disease or injury) then at the discretion of Nowzad Dogs, the funds collected via this Youcaring page will be allocated to support the vital daily operational costs of the Nowzad Dogs small animal clinic and shelter in Kabul.
The total required for a companion animal to travel to North America is on average $5000 for a dog and $2500 for a cat (we make no profit and everything is subject to currency valuations and fuel prices on the day). We are sadly unable to offer refunds on donations. 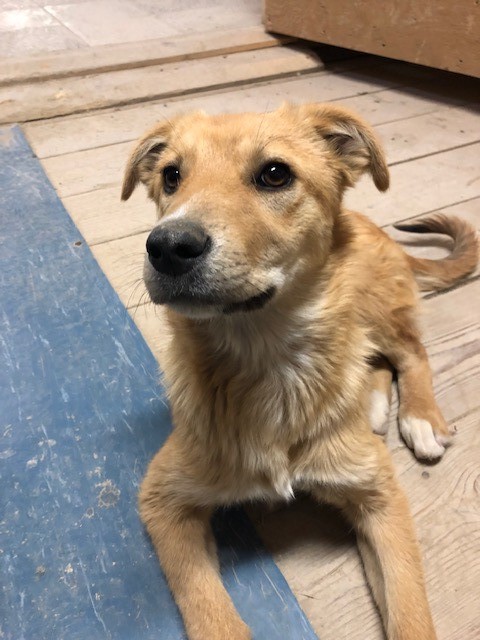