No thanks
Atlan's Indomitable Spirit
✖
Gallery (2) 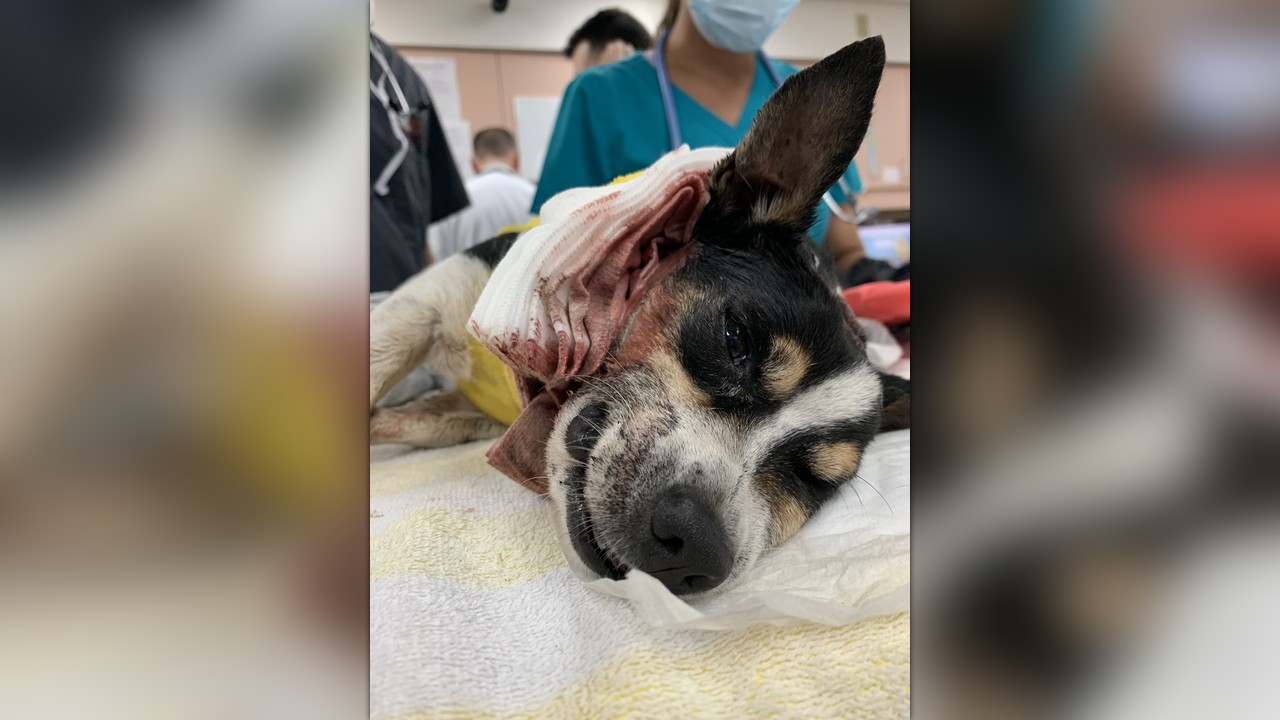 As soon as we think we have seen it all, something more unbelievable comes along.
The rescue blast went out for a young 10 pound intact male dog with deep wounds on both sides of his neck. While that sounds horrific enough and the initial pictures were enough for us to commit to take this little one, nothing prepared us for the condition this little one we have named Altan was in.
One side of his neck was hard to look at, big open wound, dead tissue surrounding it. Then there’s the wound on top of his head that is infected and painful. Then came the pictures of the other side of his neck, tendons visible, dying skin and other tissue and very deep, and that was the after they cleaned it picture.
Before the cleaning of these wounds, they were filthy, full of dirt and pus and maggots.
When a dog goes into a shelter in this condition, no one would blame them if they just chose to help him across the bridge, but they saw the fight in this little one and wanted to give him a chance. He had been living on the streets with those injuries for at least several days (it takes 24 hours for fly eggs to turn to maggots). Tissue doesn’t die in a day.... and he was still spunky when brought to the shelter. So they made the call to ask for help for him and help came, from DRSF.
He was picked up and transported to LeadER Animal Specialty Hospital.
First order of business is pain management, so he got some good meds to help him feel no pain. Next was fluids and antibiotics. We are coming up with a plan that will include bandage changes, xrays to be sure that nothing is broken, bloodwork and eventually (when he is stable) a surgery consult to see if the wounds can be closed or if he will just need time to heal.
You are what makes it possible to say "yes" to dogs like Atlan when they come to our door.  You are what makes this kind of medical care possible.  You make 2nd chances possible and we can't be us without you.  Can Atlan count on you to help you to have his 2nd chance?

See all activity48
NEW Thank you emails can now be sent directly from the Transactions page.
Alternatively you can still leave a comment here.