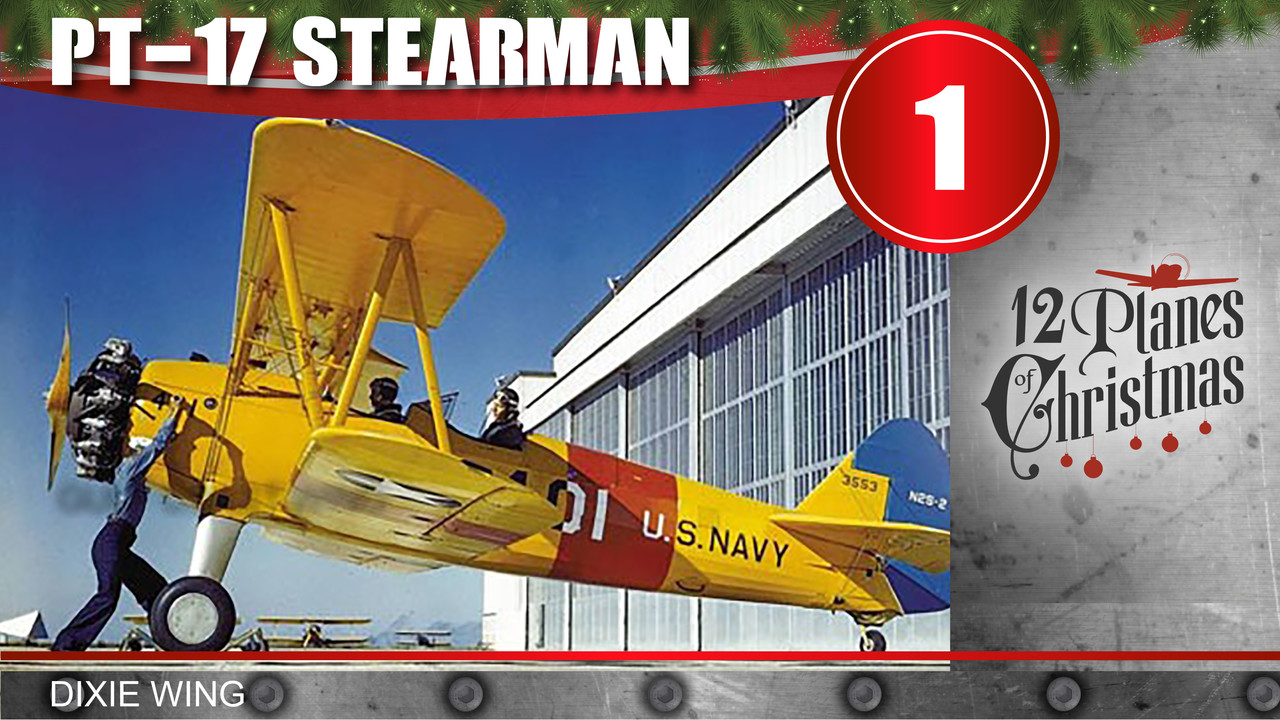 The Dixie Wing has recently acquired a World War II-era Boeing-Stearman N2S restoration project. The Boeing-Stearman Model 75, nicknamed “Kaydet” but more often called “Stearman” by its pilots, was the primary trainer for Army and Navy pilots for more than a decade beginning in 1936. The restoration project will be dedicated to “Rosie the Riveter,” the cultural icon representing women who worked in factories and shipyards during World War II, helping transform America into the Arsenal of Democracy. The restoration program will be led by several of the unit’s female members as a way of honoring “Rosie the Riveter.” The Wing is hoping to use funds raised during the 12 Planes of Christmas campaign to purchase the engine, the Hamilton Standard constant speed prop, and the necessary accessories required for the assembly.

Over 8,428 Stearman aircraft were built for the U.S. military to train pilots for service. During the Stearman’s 11 years of military service, more American military pilots learned to fly in this primary trainer than any other airplane. The CAF Dixie Wing acquired this Stearman last year which basically came in boxes. While it is a ground up restoration, the Dixie Wing is equipped to do a great job. The Wing plans to document the process of this restoration and present updates as a means to tell the important story of Rosie the Riveter.

The Wing has begun the process of going through all of the pieces and cataloging what will be needed for the project. As this project is telling the Rosie the Riveter's story, most of the restoration work will be done by female members. While this will be the first time many of these women have worked on a World War II aircraft, they share this legacy with the thousands of female factory workers that went to work building America's arsenal of democracy in the 1940's.

Dixie Wing volunteers already have completed the painstaking inventory and parts assessment process . The team acquired a 40-foot shipping container and built shelves to catalog and store the Stearman parts in preparation for the restoration. The most financially demanding task of the restoration project is to purchase a new engine. It was discovered that the current core is not usable, so a whole new engine must be attained.

The Wing members are hoping that this project will motivate more women to become involved in the organization. The Rosies’ contribution to the war effort will be one module in a series of programs the Wing is developing for use by local schools. The Stearman restoration also will serve as an education topic, designed for elementary, middle and high school students. The CAF Dixie Wing Education Program will introduce students to the story of Rosie the Riveter, theory of flight, and aircraft maintenance through its collection of aircraft, artifacts and lesson plans that meet Georgia curriculum standards. The lesson plans will be available to educators across the State of Georgia at no cost and teachers can schedule live or virtual tours of the CAF Dixie Wing hangar.